Acaster Malbis airfield (RAF Acaster Malbis) was an airfield 270 kilometers north of London.
Construction of the airfield began in 1941 and it opened in January 1942 as a satellite to RAF Church Fenton. The first unit to arrive was 601Sqn, flying Bell Airacobras. The combination of technical problems and bad weather conditions resulted in many serious accidents. Constant problems with mist and fog, due to the station's proxmity to the river Ouse, combined with low elevation continued to plague the airfield.
601 Sqn left the grass airfield in April 1942, when they were replaced with No15 Pilots Advanced Flying Unit, flying Airspeed Oxfords. 15 PAFU left in early January 1943, because in spite of the climatic problems, it was decided to upgrade the airfield. From 25 January 1943 the airfield was reconstructed into a full size 'Class A' bomber station, with three concrete runways, steel hangars and new administration buildings. Bomb stores were sited to the northeast of the airfield with the technical site and dispersed sites to the west and north. The original plan was to place Acaster Malbis under the control of No 4 Group Bomber Command, but the station did not receive any aircraft before it was transferred to Bomber Command's 7 (Training) Group. In the mean time the airfield was used as a relief landing ground for heavy bombers stationed at Rufforth and Marston Moor.
From November 1944, No 4 Aircrew School took over for pilots, navigators, and air gunners to complete their ground training whilst waiting for a posting to a squadron. It also served as a Relief Landing Ground for No 1663 HCU (Heavy Conversion Unit), No 1652 HCU and No 1658 HCU.

Postwar drawn map of the airfield as it was in 1942 (AirfieldInformationExchange). 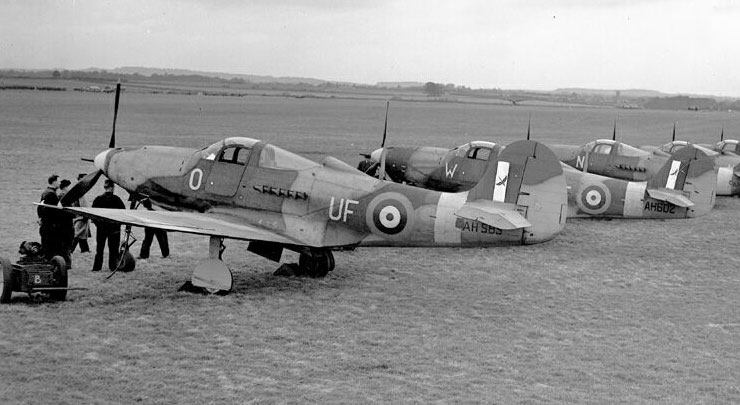 Bell Airacobras of 601Sqn, who were to introduce the type to the RAF and Western-European operations. They found the Airacobra unsuitable and reverted back to Spitfires when they left Acaster Mablis (Flight Magazine archives, via yorkshire-aircraft.co.uk).

After the end of the war, RAF Acaster Malbis became home to No 91 MU (Maintenance Unit), responsible for the storage and disposal of vast amounts of surplus ammunition. It closed as a airfield in February 1946, but continued to be used as a storage site. Large stocks of explosives were laid out on the runways, waiting for disposal.
The prewar road across the site was quickly re-opened in 1946. The storage and disposal of vast amounts of ammunition was not complete until well into the 1950s. RAF Acaster Malbis was decommissioned in 1963 and the land sold by public auction.
It reverted to farmland, although many of the local people remember learning to drive on the disused runways. It resumed operations as a private airfield in the mid-1970s until the mid 1980s.
Businessmen flew in from all over Europe for meetings with York companies and it was particularly popular during the racing season as a fast and convenient means of transport for horses and jockeys. 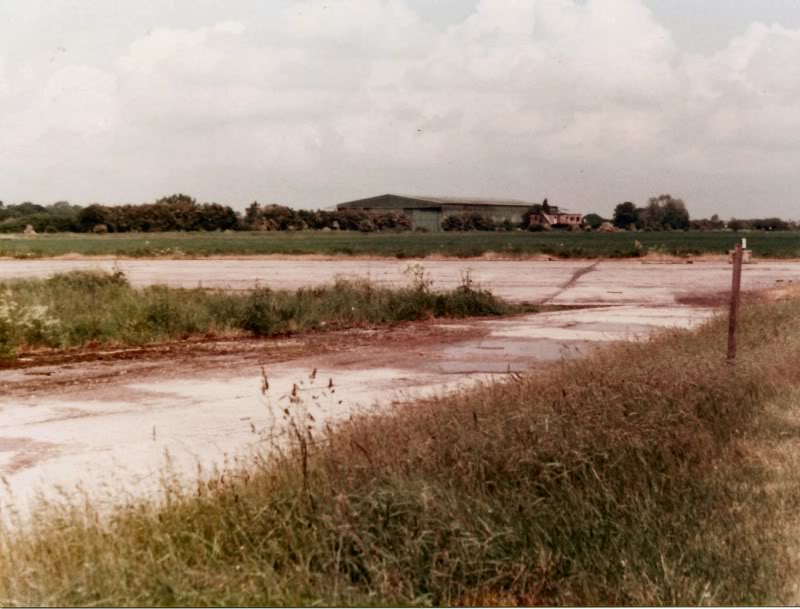 The control tower and a hangar at Acaster Mablis in 1977 (AirfieldInformationExchange). 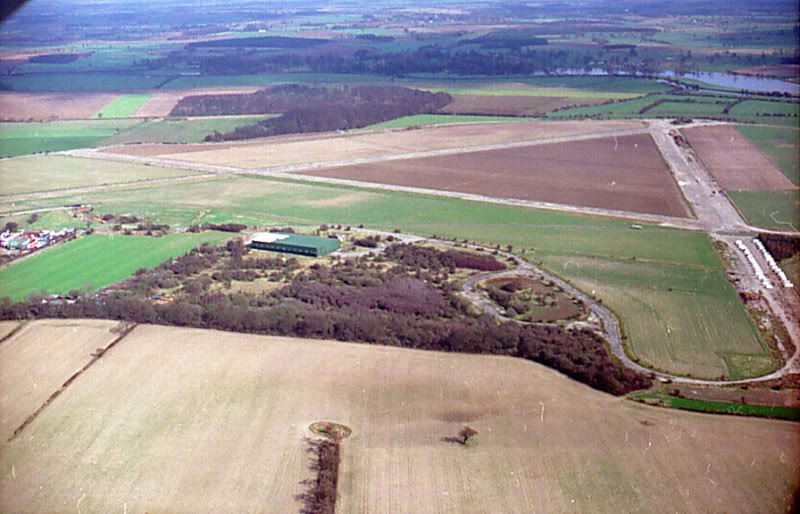 Acaster Mablis in March 1994, when the runways were still largely intact (AirfieldInformationExchange).

The road that was restored shortly after the war ended is clearly visible in this March 1994 aerial photo (AirfieldInformationExchange).

The airfield is now once again used as farmland. The runways were largely broken up in the early years of the 21st century. The taxitrack and some dispersals remain visible however. Many buildings have been demolished, although it is still possible to see a hanger and the control tower. A small part of the land is used for light industry. 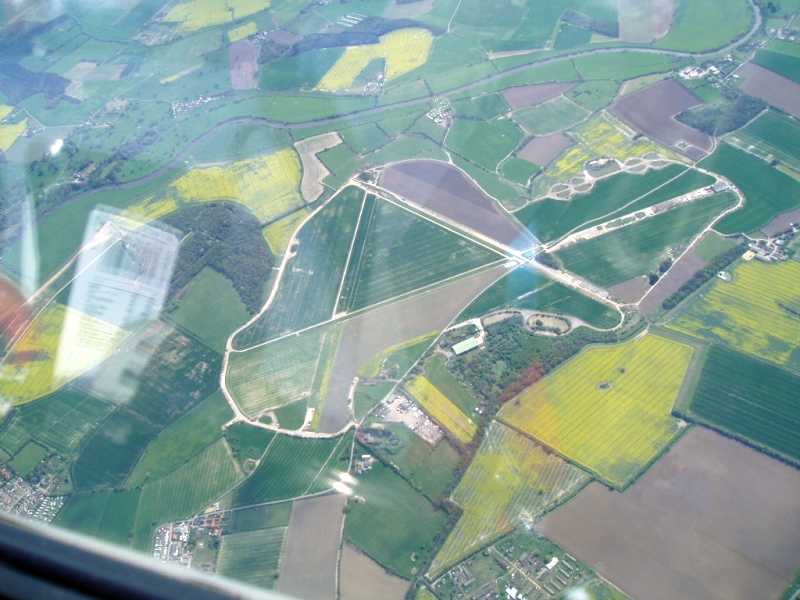 Aerial photo taken from a glider at 8000ft looking south in 2009 (burnglidingclub.co.uk).