Ahlhorn Highway strip (german: Autobahn-Behelfslandeplatz Ahlhorn or Notlandeplatz II/7) was a stretch of highway (german: Autobahn) in the Autobahn A29, between the intersections of Ahlhorn and Großenkneten.
Because NATO planners feared a Soviet surprise attack might render NATO airfields unusable a number of preplanned emergency airstrips were constructed in Germany's extensive Autobahn network. At a glance they would appear to be normal stretches of Autobahn, but they were rapidly convertible into runways, capable of handling any NATO aircraft. Safety guiderails could be dismantled quikly and car rest stops were easily converted into aircraft platforms, two on the south side and one ot the north. Also they were provided with prepositioned communications lines, fuel supply and electricity.
One of those emergency strips (A29 Ahlhorn) was located a few kilometers to the northwest of Ahlhorn Air Base. It was of a concrete construction like any highway or runway, but it lacked one major thing found at airports: an antiskid surface. It also featured one thing not normally found at the end (or begin) of a runway: a 7,5 meter tall bridge crossing the highway.

The emergency airbase was used only once, in March 1984 during NATO Exercise "Highway '84". During the exercise it functioned as a fully fledged airfield, featuring things like security, radios, TACAN, Precision Approach Radar, communications, cross-servicing, a fire brigade, a weather bureau and for the first time during such an exercise: mobile runway lighting. Aircraft from several NATO nations participated in the exercise, which included anything from light AlphaJets and helicopters to medium transport aircraft such as Hercules and Transalls. For a week it became the busiest airfield in Germany, as many NATO pilots did not want to miss the opportunity to land at the strip. For several days operations were conducted from highway A29, which had only just been constructed and was not open to traffic yet. Altogether 400 starts and landings were made, and three times that amount in touch-and-gos, in both directions.
Notable events during the exercise were an F-16 that required an engine change due to a bird strike (performed on the strip by a crew that was flown in with a spare by Hercules), a Starfighter that ran off track during turning on the strip (dug out, inspected on site and put back into service), a Luftwaffe Phantom that suffered a tailstrike (reparied and flew out the next day) and a Starfighter that broke off its nose wheel when it veered off track (transported by road to its home base).
Radical peace activists managed to throw iron nails on the airstrip (this was at the heigth of the peace movement), resulting in intensified patrols. The 3 week exercise was the largest and last NLP exercise of the Bundeswehr and used half a million liters of fuel.

With the Cold War over the German Government decided in the late 1990s that the NLPs were no longer necessary and ordered them to be converted to normal highways, which happened to Ahlhorn in 2006.
The pictures of this airfield were taken during the exercise "Highway 84" in March 1984 (U.S. DoD, photographer TSGT Rod Prouty, SRA Glenda Pellum, via). 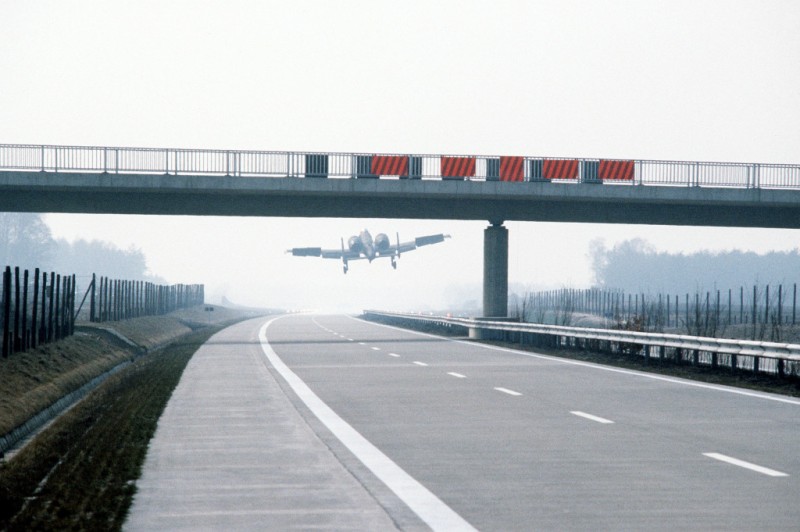 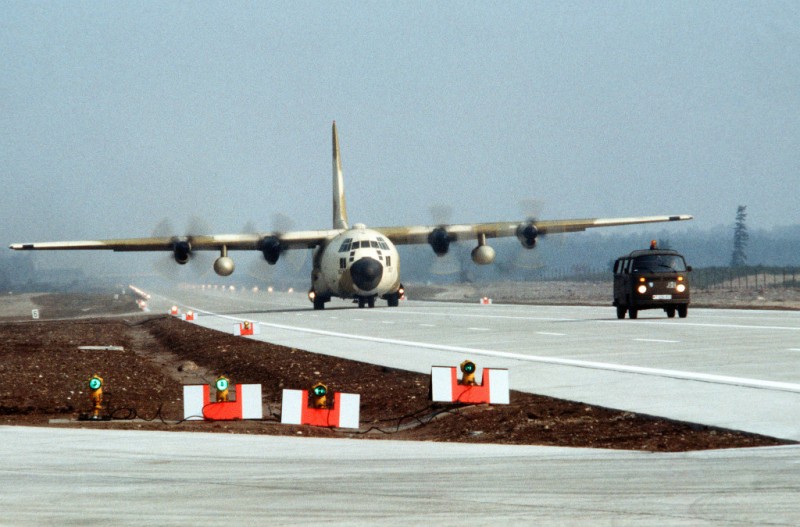 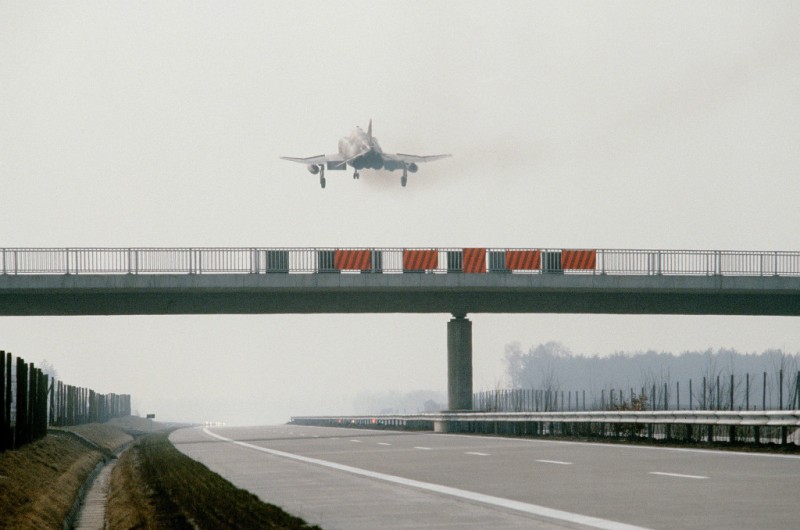 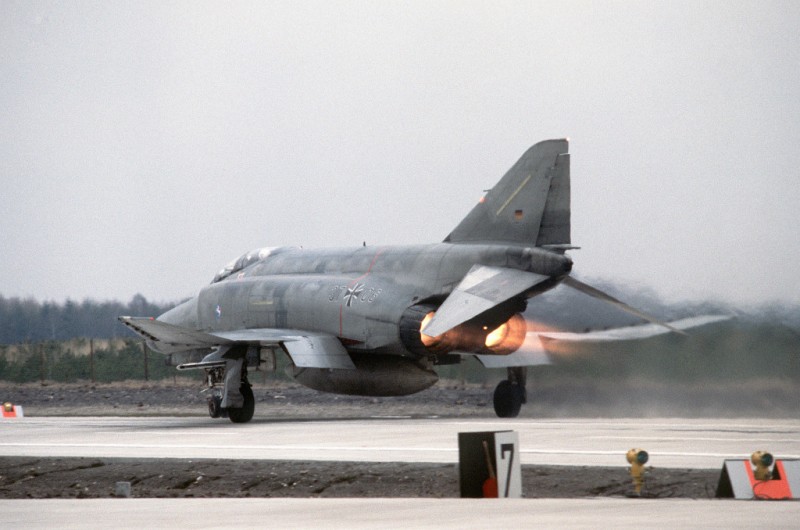 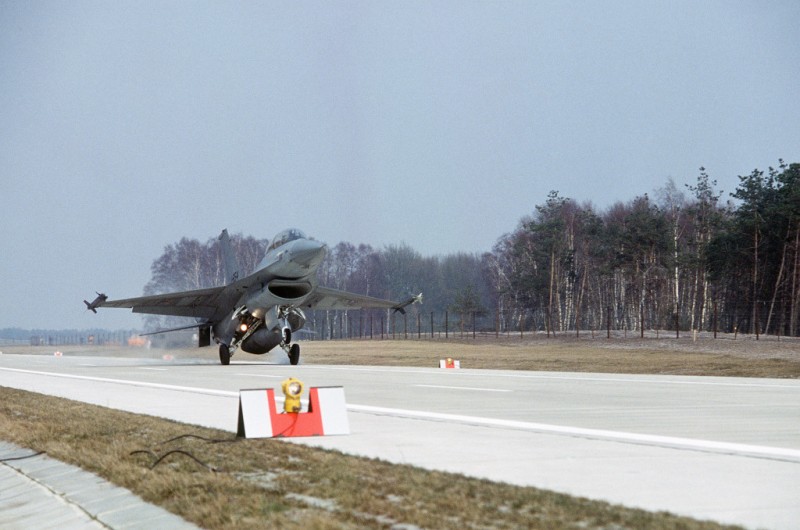 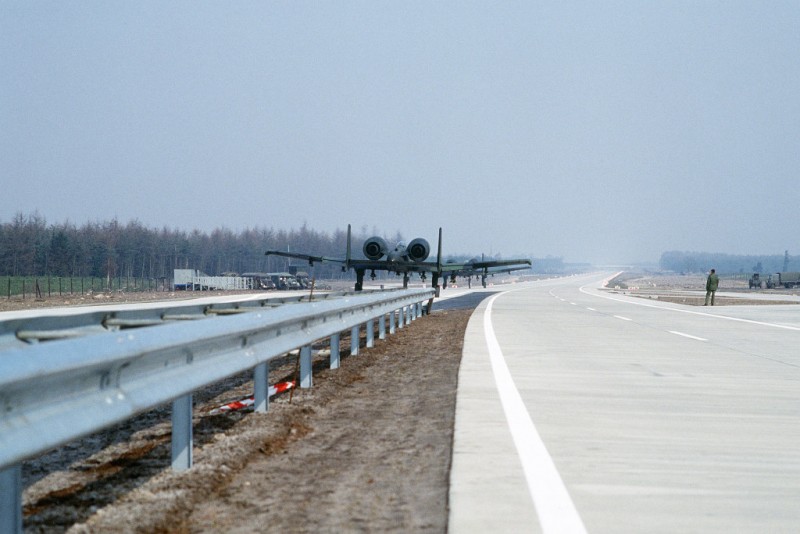 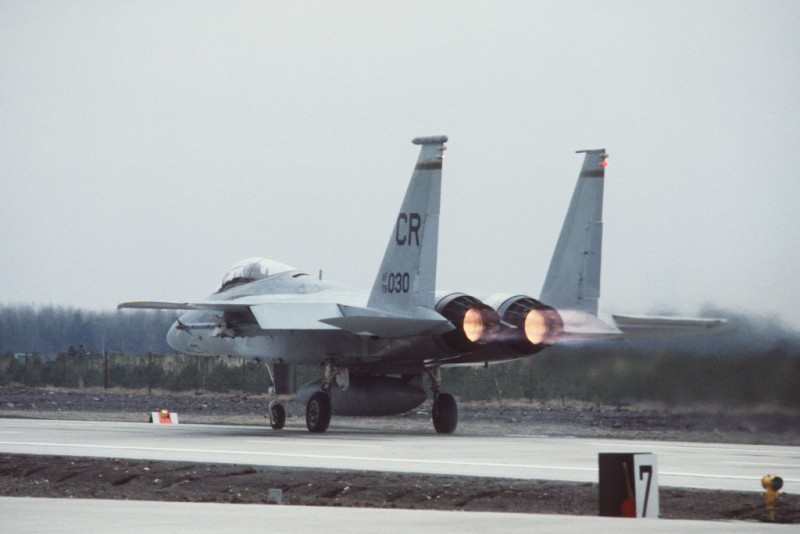 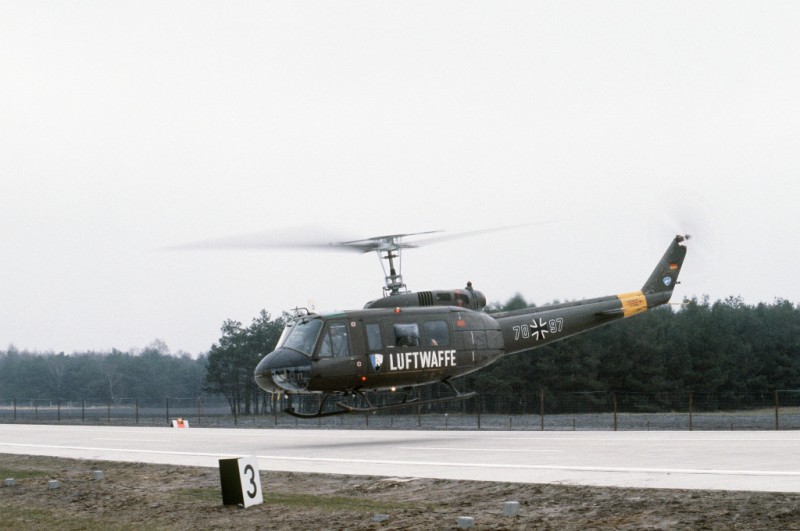 With the Cold War over, the German Government decided in the late 1990s that the NLPs were no longer necessary and ordered them to be converted to normal highways. Conversion of the Ahlhorn strip occurred in 2006. It simply consisted of removing the old removable center barrier and concrete with a more conventional barrier and grass.
The parkings and taxiways leading to them were not changed or removed, and could still be recognised in september 2011. 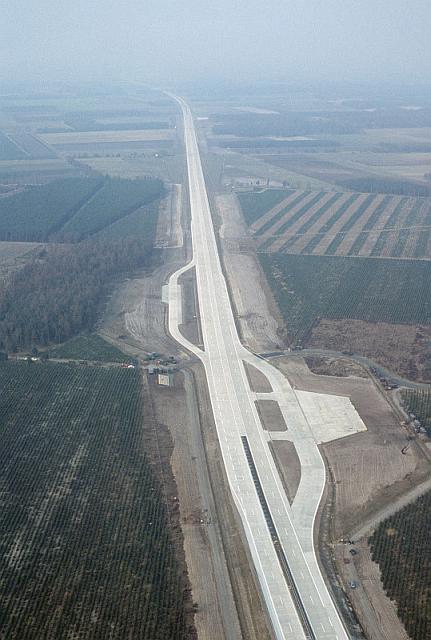 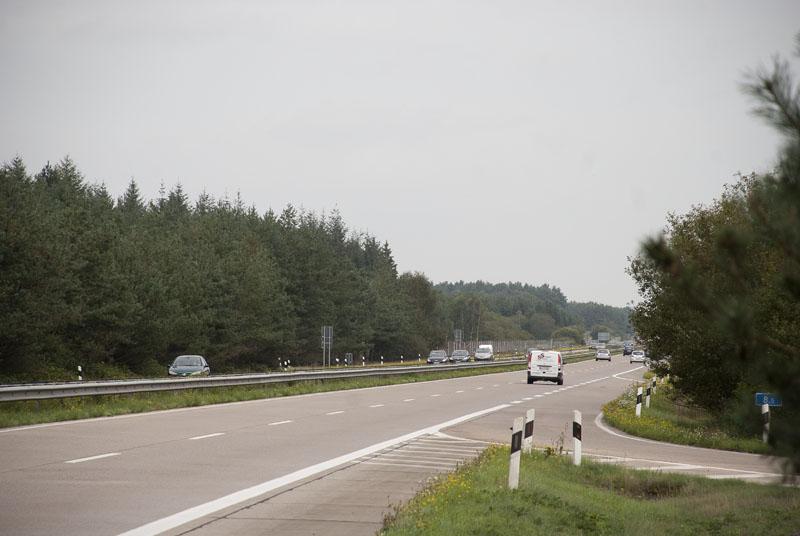 Ahlhorn Highway strip as seen from the southern parking in September 2011 (RonaldV).