Ascona airfield (It: Aerodromo di Ascona, ICAO: LSZD) was a small airfield in the city of Ascona, 135kilometers southeast of Berne.
The airfield opened in 1947 when Lello (Emanuele) Bianda converted his home and chicken shed into a hotel, and the back yard into a grass airfield. With all private flying being banned in Germany by the Allied powers, flying in Switzerland became quite popular with Germans. One of the most popular destinations was Ascona, with the combination of hotel restaurant and airfield proving an irresistable combination. Amongst the pilots were the director of the Berlin Philharmonic Orchestra, Herbert von Karajan, and legendary German actor Heinz Rühmann.
Bianda and his airfield attracted attention nationwide and multi-page articles appeared in nationally published magazines. He even managed to draw attention from the German edition of Playboy Magazine. They published an article about the airfield, the air taxi service, the restaurant, the rumours about smuggling and the Lello-bar. The guest book of the establishment lists illustrious names like Lyss Assia, Paulette Goddard and Nadja Tiller. The establishment became a hotspot for the European jet-set. 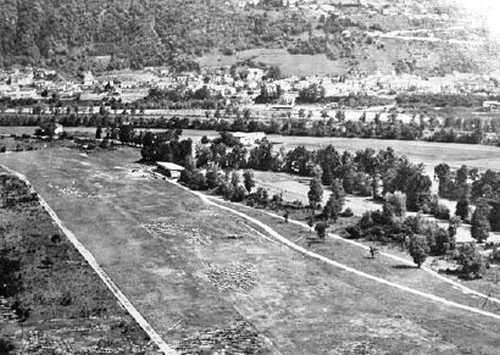 The airfield with its original grass runway, ca. 1950. The photo gives a good impression of how far away it was from town when it was opened (ticinarte.ch (PDF)). 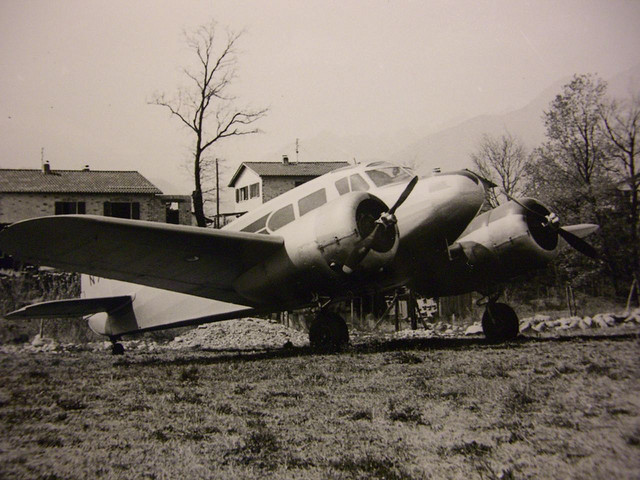 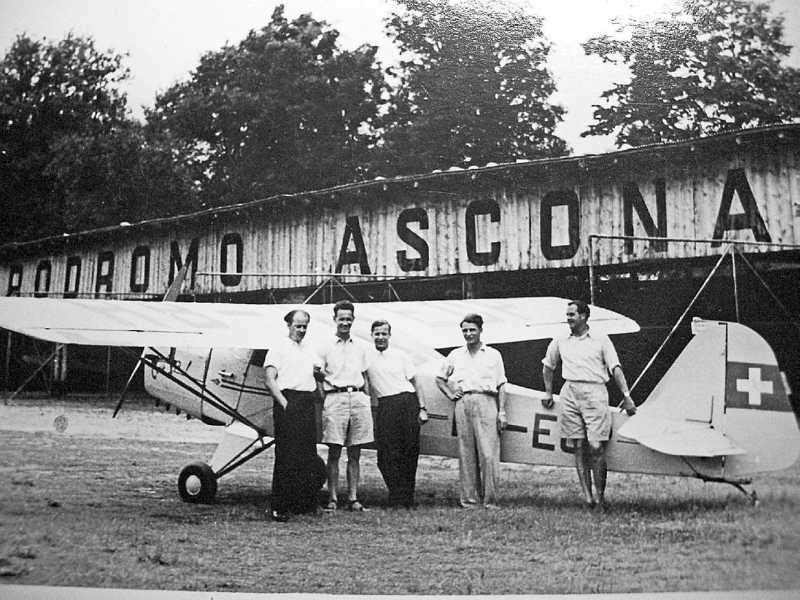 Aerodromo Ascona, probably 1954. Visible (2nd from left, in shorts) is instructor Edmond Dougoud, who died in a plane crash later in 1954, leaving a wife and 3 y/o daughter (ticinarte.ch (PDF)).

For years Lello wanted to build a hardened runway, but in spite of running a succesful business he was lacking funds to do so. That changed when Hamburger businessman Richard Gruner bought a villa nearby. For his private aircraft he wanted a 'proper' runway and so the runway became hardened. The 'German era' ended when the Allies lifted the restrictions on private flying in Germany in 1955. The airfield continued to exist, even though the town of Ascona kept creeping closer, until finally it was completely surrounded. 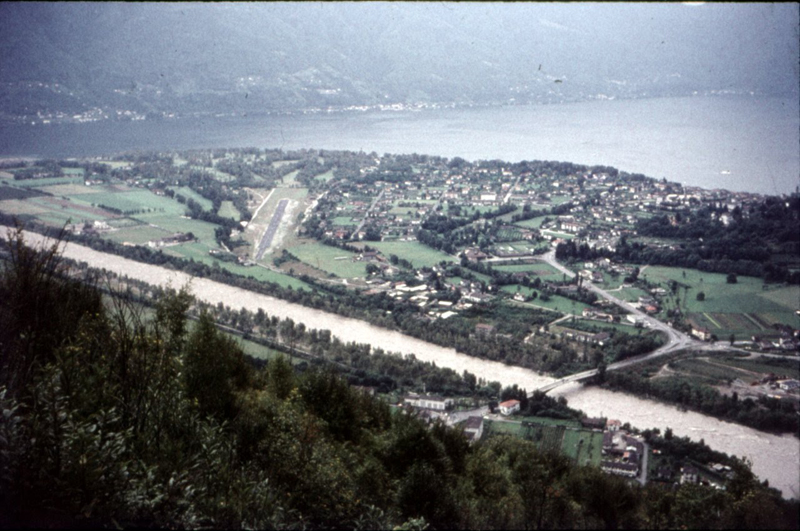 Photo of Ascona airfield, presumably shot in the 1980s, as the A13 highway is not built yet.

On 31 December 1997 the airfield was forced to close due to noise complaints from its neighbours. Also, the existence of another airfield (Locarno) nearby did not help its chances of survival. Although the tower was taken down almost immediately after its closure, the remaining airfield is still complete. Only a small section on the north side of the airfield was cut off during the construction of the A13 motorway around 1991.
Around 2000 plans were published to turn it into a golf course, but even for a nine hole course there is not enough land.
The 'Aerodromo' restaurant still exists and holds a small museum about the airfield. It contains memorabilia of the airfield, all original. The restaurant holds good ratings on several pages (in German) on the internet, doing justice to its legacy. 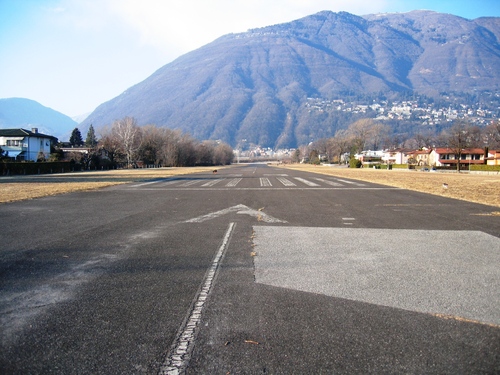 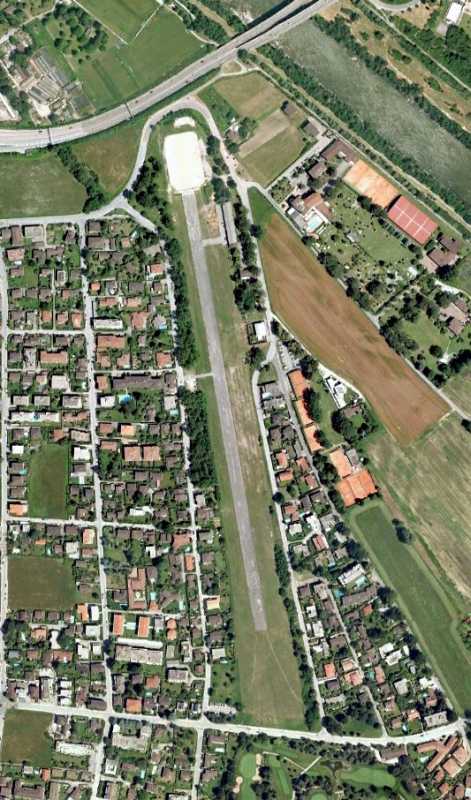