Air field Azeville (ALG A-7) was an Advanced landing Ground near Utah Beach in Normandy, France.
The airfield was completed a little over two weeks after D-Day and served as an air base for Allied aircraft operating above and just ahead of the beachhead. It was built by the US IX Engineering Command, 819th Engineer Aviation Battallion. Although named after the town of Azeville, it was actually located closer to Fontenay-sur-Mer and St. Marcouf. It was built north of the lane to Chateau de Fontenay, one of the most beautiful chateaus in Normandy and cut through another lave. Most of the construction took place under enemy fire, but 819 EAB did not sustain major damage or loss in men.
Although planned for a 1500m (5000ft) runway, it was built as a fighter air base with 3600ft of runway. Reason is that any lengthening would require major earthworks. The airfield was declared operational on 23 June and completed on 2 July, 16 resp. 26 days after D-Day. Map of USAAF Advanced Landing Ground A-7 Azeville Airfield, France. Although this image comes from Wikipedia, Wikipedia's own description (as well as that of Skylighters) of the airfield puts it in a position about 3km/2mi south of here (USAAF via National Archive via Wikipedia). 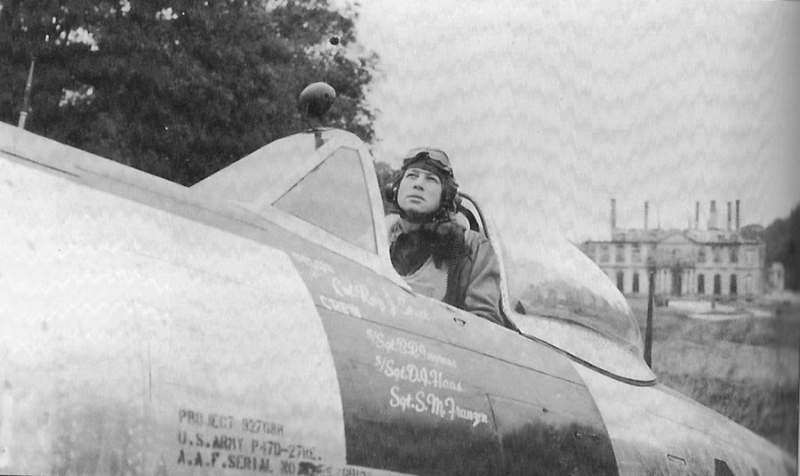 Colonel Ray J. Stecker, CO of 365FG, posing in his P-47 in front of Chateau de Fontenay. A-7 Azeville was located in the gardens of the chateau (6juin1944.com). 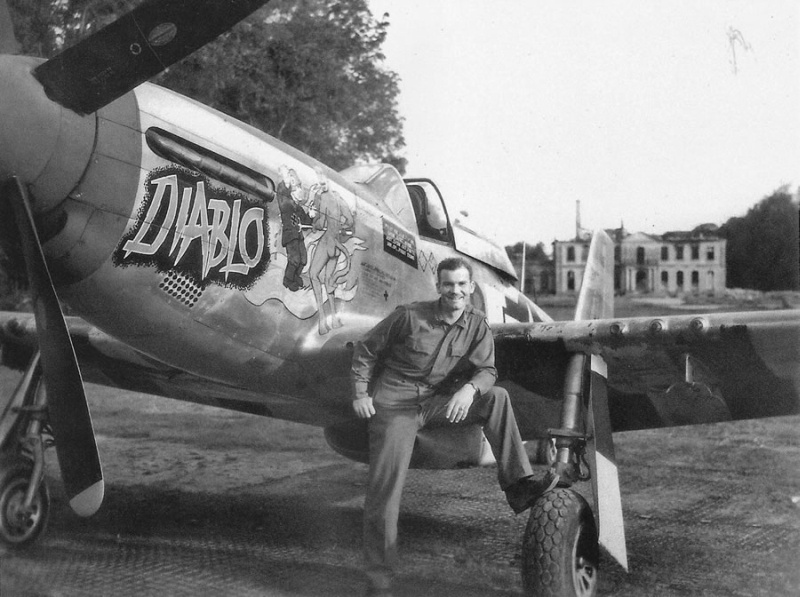 Colonel James B. Tipton, CO of 363FG, posing at almost the same spot at A-7 Azeville as his predecessor. A few weeks worth of battle did visible damage to the chateau's chimneys (6juin1944.com). 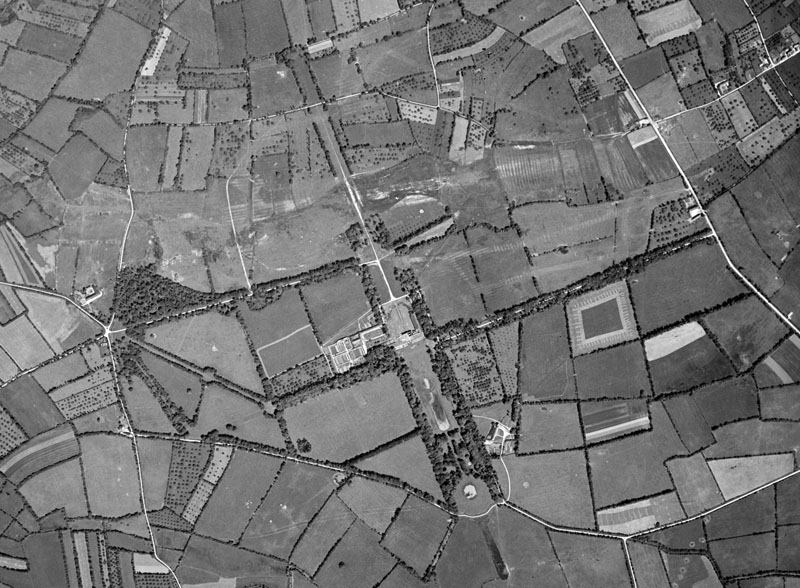 The remains of Azeville airfield were still very visible on the estate of Chateau de Fontenay in 1947 (IGN).

The lands were released to french control and returned to the original owners.
Today, nothing reminds of the former airfield.
Chateau de Fontenay is still in ruins from the battle of Normandy. 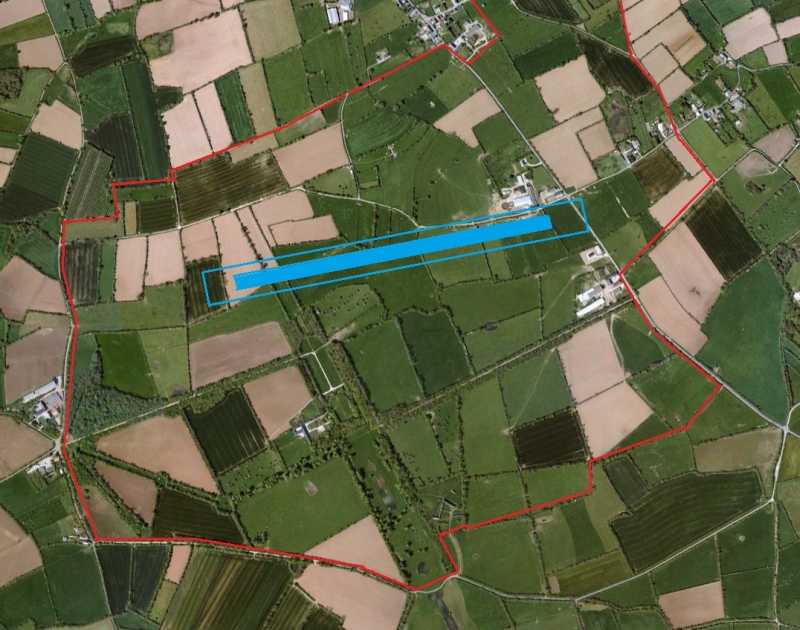 A-7 Azeville Airfield, drawn on a 2007 aerial photo of the area. In blue the runway, in red the base perimeter (Google Earth/RonaldV).