Bad Zwischenahn airfield and naval flying base (German: Land- und Seefliegerhorst Zwischenahn) was a joint Luftwaffe-Kriegsmarine airfield near Bad Zwischenahn in northwestern Germany.
It was built in 1936 as a civilian airfield on the northwest bank of Lake Zwischenahn. Originally it featured one 800 meter grass runway. It was mainly used by the civilian Luftdienstverband (Air Service) I, which under command of the Reichsluftfahrtministerium (National Air Ministry) provided target towing services for the armed forces. To provide these services, Luftdienstverband I had the use of several land based aircraft, floatplanes and amphibians.
In 1939 the Luftwaffe took over the airfield and Luftdienstverband I, which consisted mostly of servicemen anyway, was integrated as the Luftdienstkommando (Air Service Command). The Luftwaffe immediately began expanding the airfield to the northwest, making it one of the most modern airfields in the country. Most obvious change was the addition of three asphalt runways, the longest of which measured 1400x90meters. South of the airfield, on the banks of Lake Zwischenahn, mooring places for floatplanes were built at the so called E-Hafen (E-Harbour). The combined area was called Seefliegerhorst (Naval Flying Base) "Zwischenahn", codenamed "Adlerhorst" (Eagles Nest).

In the early stages of World War II it was home to several flying units. 10 May 1940 a fleet of Heinkel He59 started from E-Hafen (the Lake) with pioneers and an infantry company to capture a bridge in Rotterdam, marking the opening of the Western Front. In June/July 1940 III Group (german: Gruppe) of Attack Wing (german: Kampfgeschwaders) 4 "General Wever" was stationed at the base with Ju88s, flying bombing missions against Great Britain.
After this period the air base was underutilised, it was not until January 1941 that Weather Reconnaissance Squadron (german: Wettererkundungsstaffel) 1 flew in from Oldenburg. Their mission was to provide daily weather information gathering flights over the North Sea and North Atlantic and they became the resident unit until the end of the war. During 1943 and 1944 Groups of Kampfgeschwader 30 and 40 flying Ju 88 stayed at Zwischenahn.

A notable function began in the summer 1943. Because of ongoing bombardments at Peenemünde, EK16 (german: Erprobungskommando 16, or Test Command 16) landed at Fliegerhorst Bad Zwischenahn. Their mission was to test the rocket fighter Me163 Komet, the fastest aircraft of its time. Flying over 1000 kilometers per hour it took aviation close to the sonic wall. Initially testing the experimental A version, they changed to the operational B version in January 1944. By October tests had gone so well EK 16 was amalgated into Jagdgeschwader (Fighter Wing) 400 and sent to Brandis.


Film footage of the Me-163 testing at Zwischenahn. 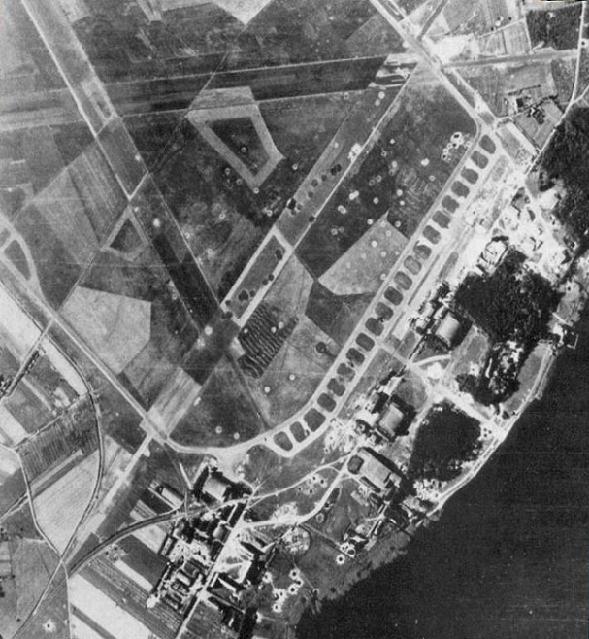 Bad Zwischenahn in 1944, holes in the field tell us at least one airstrike had already taken place. 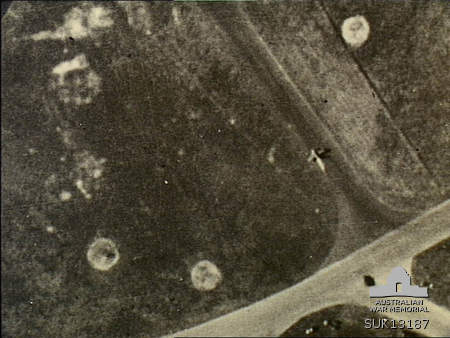 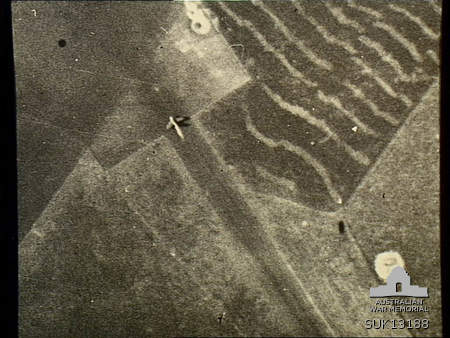 They were folowed by a squadron of I./Kampfgeschwader 53, again with a special mission. Since more and more V-1 launch sites were overrun by the Allied invasion in the west, the Luftwaffe decided to launch them from aircraft over the North Sea. This was done by He111 bombers that carries a V-1 under their wings, thus inventing the first Air Launched Cruise Missile (ALCM). The last of these missions from Zwischenahn took place on 14 January 1945.
The airbase underwent 4 air strikes, of which the first already caused considerable damage to the facility, but the last one (which took place on 24 March 1945) rendered the airfield unusable. On 1 May 1945 Canadian troops captrued the airfield. 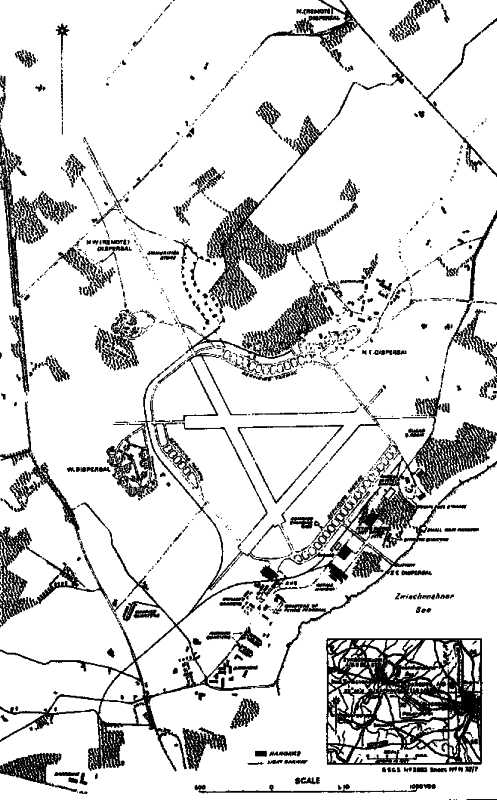 The Allies decided to destroy two runways and all hangars except #3. The remaining lakeside runway was repaired and the Canadians used the airbase for the time being for C-47 Dakotas (Skytrains, if you're American). The British took over the air base in 1946, and between 1952 and 1954 they set up a military hospital with 150 beds called RAF Hospital Rostrup.
On 22 September 1958 the RAF turned the hospital over to the German Defense Ministry (german: Bundeswehr), who renamed it "Bundeswehr-Lazarett Bad Zwischenahn" on 18 June 1959. They graadually increased capacity to 200 beds and renamed it "Bundeswehrkrankenhaus Bad Zwischenahn" in October 1970.
On the former runways north and west trees were planted. For the local aeroclub a new grass runway was constructed on the location of the old northern aircraft parkings, parallel to the old northern runway (on the end of the west runway). The rest of the field has been converted into a golf club.
Some buildings still exist: the former officers club and the firestation, for instance. Some of the roads and taxiways also still exist, albeit not at their original width. 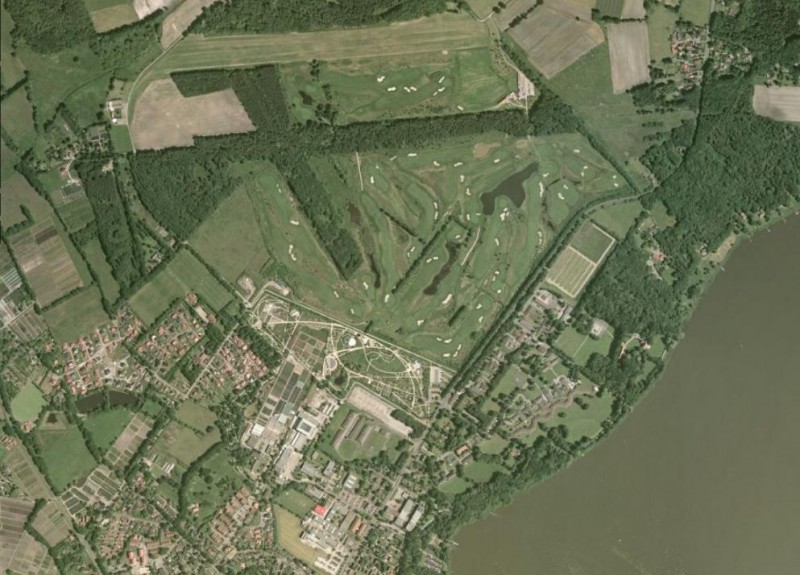 Bad Zwischenahn around 2009, most of the airfield has been replaced with a golf court (Flashearth.com).