Air field Baltasound (also known as Unst airfield, ICAO: EGPW) was an airfield on the Shetland island of Unst.
It was the northernmost airfield in the UK. The airfield was built by 15 Field Support Squadron of the Royal Engineers and opened in August 1968. It was used for the transfer of oil workers to offshore oilfields until the completion of the airfield at Scatsta.
It's official opening (in 1970) did not proceed as planned. The commander of the Royal Engineers arrived by twin-engined DH Dove (RAF Heron) which locked its brakes upon landing. The result was two burst tires, and the aircraft had to be pushed (by the waiting RAF Guard) to the side to allow civilian dignitaries to land. After the ceremony the commander had to hitch a ride back to the mainland on an oil-company aircraft. After he left the winds picked up on the island, and the Dove had to be tied to a 3-tonne truck to avoid being blown off the island.  It took a few weeks before a HS Andover flew into the airport with spares and mechanics. 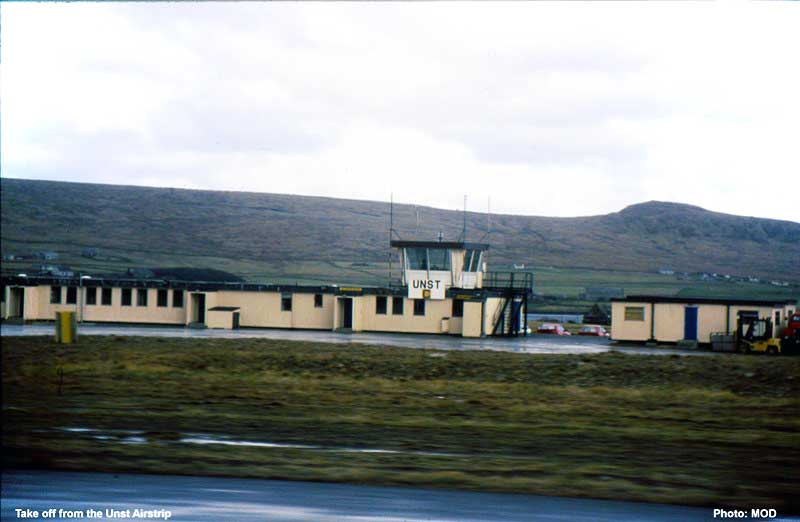 When the Unst airfield opened it opened the world to the island. RoRo ferries did not exist at the time and the regular flights (by LoganAir B/N Islander) were not cheap, but very quick. LoganAir doubled as an air ambulance, which made their inter-island service an economically smart thing to do.
The oil boom in the North Sea created a lot of traffic at the airfield. Oil company Chevron paid for the upgrade of the airfield and its runway, upgrading the latter to 2099ft. Six Twin Otters ferried oil workers between Aberdeen and Unst. Bristow S-61N helicopters flew between Unst and the oil rigs off shore. In the first year of Chevron operations alone Unst saw a massive 6,000 air movements and 50,000 passenger movements. In later years the Twin Otters were replaced by Brymon DHC Dash-7s. The amount of traffic was such that a new ATC center was set up at RAF Saxa Vord on the north side of the island: Shetland Radar.
The local hotel was expanded with temporary lodging to cope with stranded apssengers in case of a weather change. But eventually the oil companies decided it would be best to consolidate their air operations at Scatsta. Around the same time the Scottish Ambulance Service decided that their needs could be better met by a helicopter and Loganair lost the air ambulance contract. The ambulance service had been paying for the Loganair Inter-Island services, which were now uneconomical, so they had to cease.
Unst airfield was closed down and mothballed in 1996 and is currently used only occasionally by emergency services. The islanders now use it for a local event called Max Power, a car racing event. A more extensive version of above story can be found at Gordon Carle's blogspot. 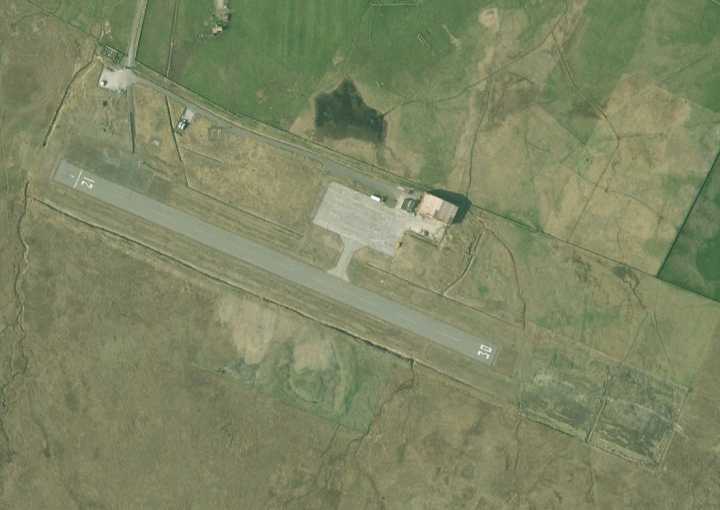 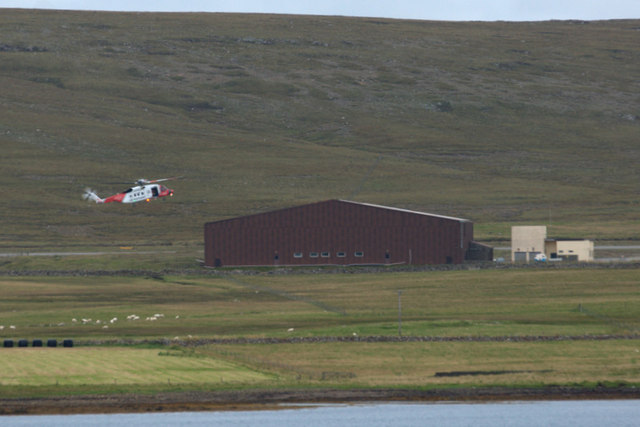