Bassenge-Wonck Airport (French: Aérodrome de Bassenge-Wonck, ICAO: ex-EBBA, changed to EBBW in 2005) was a small ultralight airport north of Liège close to the border with the Netherlands in the province of Liège in Belgium.
It was home to aeroclub Bassenge, but the airport was temporary closed somewhere between 2005 and 2006. It closed because the aeroclub did not have enough members (it dropped to just one in 2006). The airfield remained on the ICAO list as EBBW until 2008 with "Closed" in the remarks.
Nothing reminds of the former airfield, the area has become agricultural land. 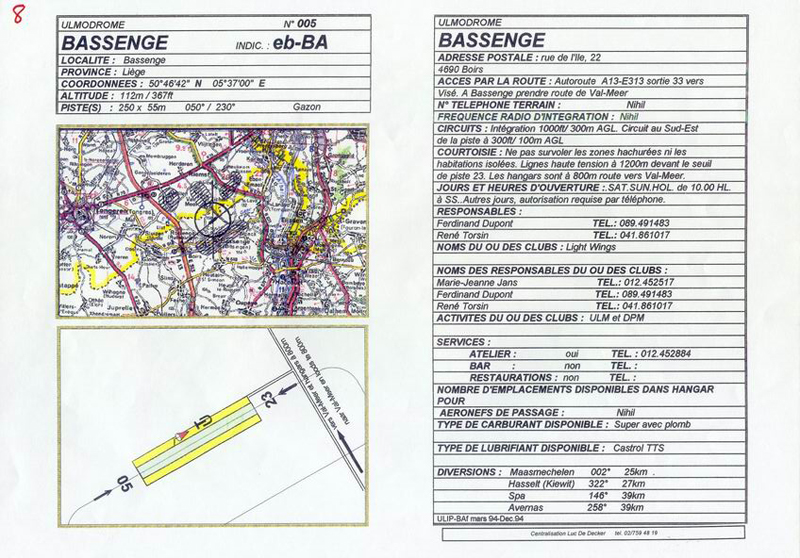 Approach map for Bassenge-Wonck airport in 1994