Beaune airfield was an airfield 280 kilometers south east of Paris.
In 1910, an air show was organized on the 37ha of military land north of the city. It marked the beginning of aviation in the city of Beaune.
In may 1913 the exercise field of the "16th Chasseurs" was chosen for a landing stop. A ceremony took place on June 1913 for the laying of the first stone of the airplane hangar at the initiative of the National Military Aviation Committee, the Beaune Aviation Committee and the municipality. Airmen wishing to land on the Beaune field had to announce their intention by making two circles above the hangar
Using only 29ha from the start and covering a large western part of the maneuvering field, the Beaune military airfield was also home to the Beaunois Aero-club. This arrangement was to be retained until 1940. 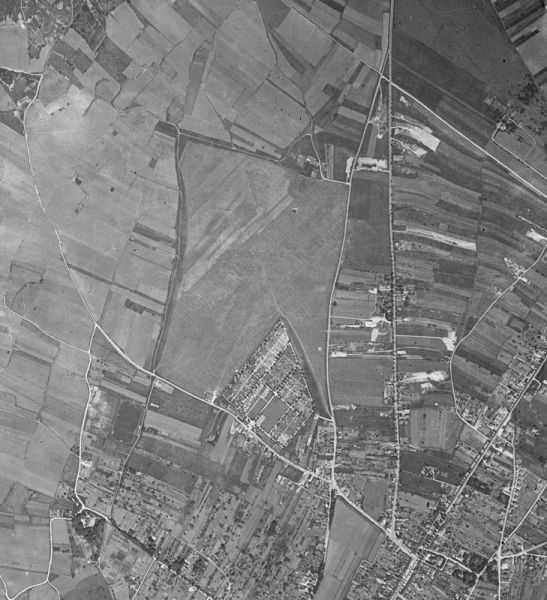 Aerial view of the airfield in 1940 (geoportail.fr)

The activities of the "Aéro-Club de Beaune" were suspended during World War II, as the airfield was occupied by the German army.

After the war, public air traffic was provisionally prohibited by the ministerial decree of February 6, 1947, due to the poor condition of the airfield, The aerodrome would be assigned to light and sports aviation in 1949 and rose to incorporation into the public aeronautical domain in 1953. A 750x60m runway was laid out. 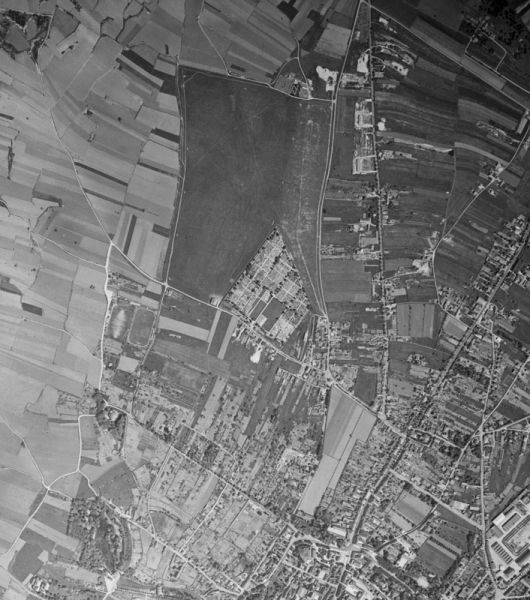 Located close to the city of Beaune, and with no possibilities for expansion, Beaune aerodrome would definitively be condemned by the A6 motorway project and a new hospital in the mid-1960s.
With the expansion of the airfield having become impossible, a new site to build a new aerodrome near the town of Challange was chosen in 1966. This new site offered more and better prospects for extensions and expansion. 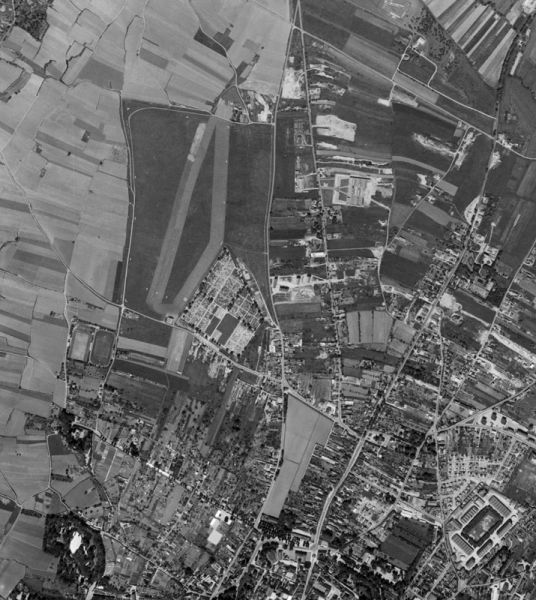 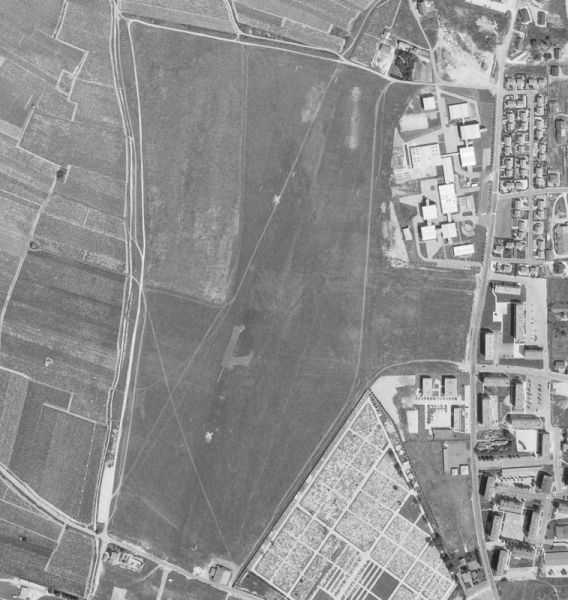 Aerial view in 1977. Two large white crosses are visible on the track that has been laid out in the meantime, indicating its final closure (geoportail.fr).

the entire surface of the old aerodrome was covered with construction following the expansion of the city of Beaune.
Nothing remains of the old airfield. 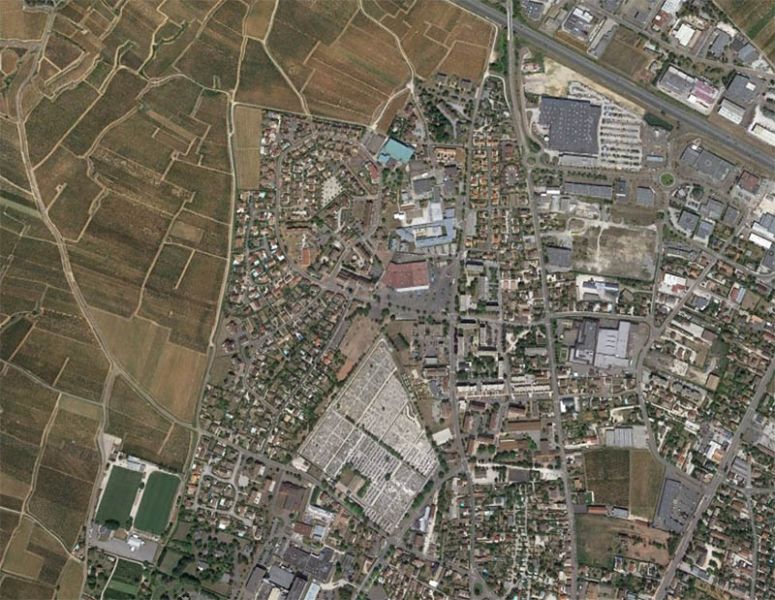