47°39'37"N 006°60'60"E
runway: 04/22 - 2550meters/7,900feet - concrete
Air field Belfort-Fontaine was an airfield located in the commune of Fontaine, France, 44KM west of Basel, Switzerland.
The airfield was built as a millitary airfield during World War I. It was further developed in the inter-war years. The use during World War II could not be determined.
After the war, the airfield was taken back in service. By 1951 the airfield had been expanded with 3 new hangars and an operations building. Around this time, the decision was made to offer the airfield to NATO for use as a Dispersed Operating Base. 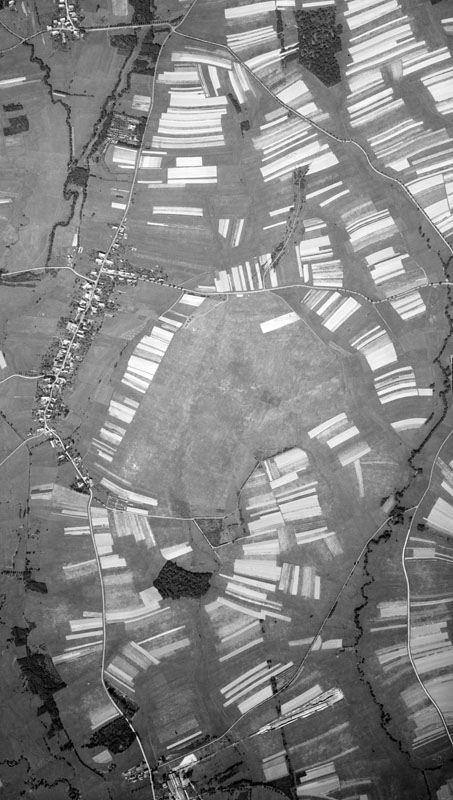 This photo of Belfort-Fontaine in September 1949 shows a recognisable, but very basic airfield (IGN, via Géoportail) 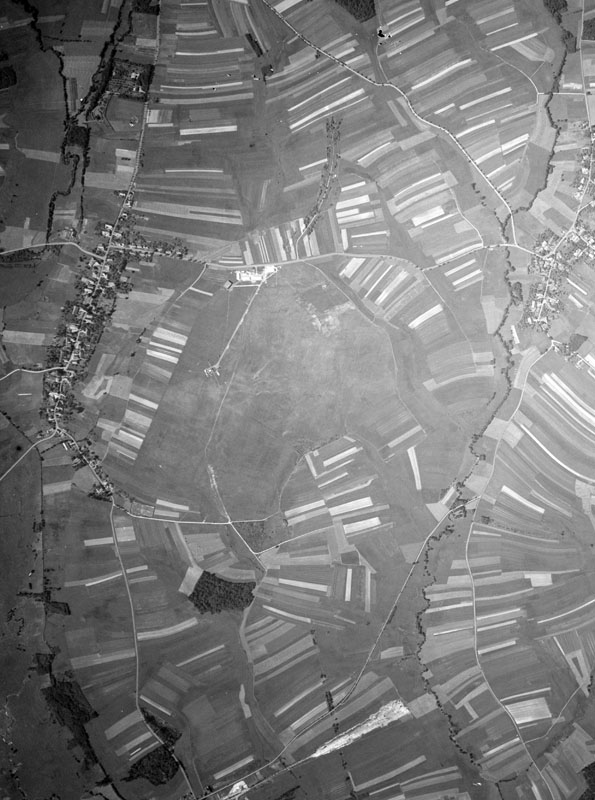 Two years later, in July 1951, the airfield had been enhanced with new hangars and what appears to be an operations building (IGN, via Géoportail)
The airfield did become a NATO air base and it underwent a major rebuild lasting into 1956. A runway was built with reinforced concrete, it gained 3 dispersal areas for 16 aircraft each, and a concrete taxiway that could double as an emergency runway. Additionally, the northwestern dispersal also received a small platform. In this configuration the air base served as a dispersal base mainly for the Armée de l'Air's 13e Escadre de Chasse Tout-Temps (13e ECTT) based at Colmar, but the Royal Canadian Air Force's 421 Sqn at Grostenquin also used the station in July 1955 during Exercise 'Carte Blanche'. 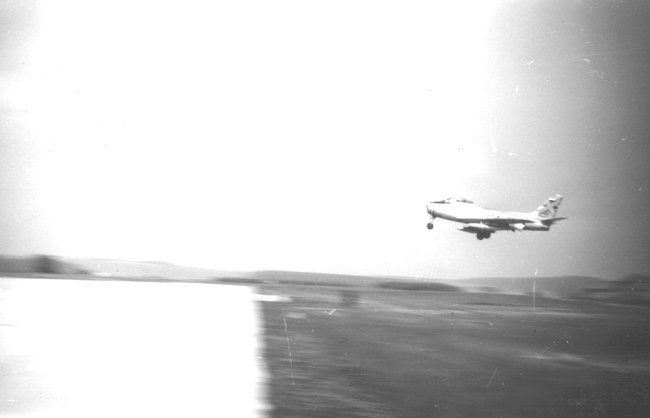 13e ECTT operated its two F-86K Sabre squadrons (E/C 1/13 'Artois' and E/C 2/13 'Alpes') frequently from the base during exercises, the first time by 1/13 'Artois' on 7 October 1958. That day the squadron familiarised themselves with the base. To good effect, because the following February they were again at the base during exercise 'Rebecca', held in response to Nikita Khrushchev's war rhetoric. Their stay lasted for several weeks and 13e ECTT continued to send one of its squadrons to the base for three more 'Rebecca' exercises that year.
In 1960 the only heated building on the base was delivered. It was intended for the storage of Sidewinder missiles
used on the F-86K. In September 1960, Atomic exercise 'Flashback' was organized by SHAPE and held at Belfort-Fontaine. E/C 1/13 took part in the first 3 days of the exercise.
The final deployment of Colmar's E/C 1/13 F-86Ks took place during the exercise 'Check Mate' in September 1961. Belfort-Fontaine Air Base did not finish serving though, as the new aircraft of the 13e Escadre de Chasse also regularly deployed to it. The first Mirage IIICs operated from the base in 1963. 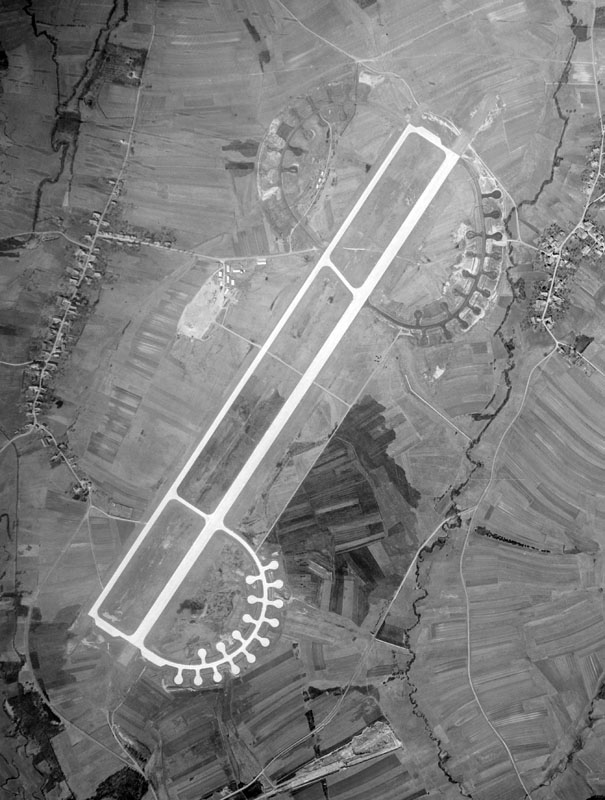 Construction was still ongoing when this picture was taken in April 1956 (IGN, via Géoportail). 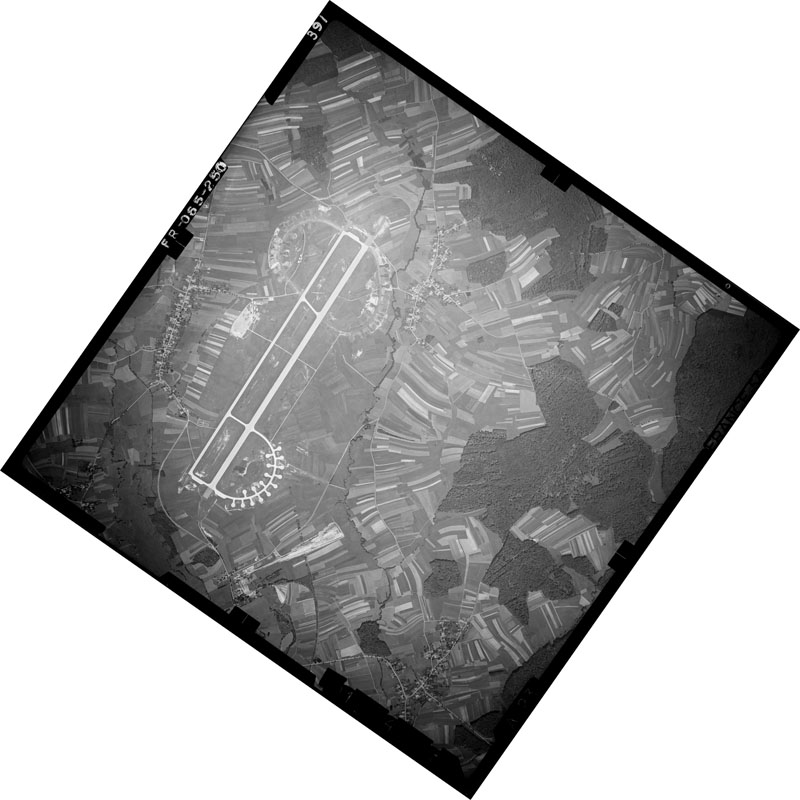 A complete photograph of Belfort-Fontaine, taken in July 1956 (IGN, via Géoportail)
When France left the NATO integrated command structure and the American and Canadian forces were subsequently forced to leave France, a large number of reserve air bases in the northeast of France became obsolete. This led to the closure of the air base in 1967 and the airfield was then passed on to the Direction Départementale de l'Equipement du Territoire de Belfort (DDE 90) in 1968. At the initiative of the Chamber of Commerce and Industry of Belfort, a small terminal building was installed on the northwest Marguerite in an effort to revive the airfield as a civilian airport. In this period Belfort had a regular service to Paris, first by Air Alsace, and when that airline collapsed, by TAT.
Belfort still occasionally received visiting fighters after the transfer to the DDE 90, during temporary operations or public relations events organized by the Air Force. In late March 1984, BA132 Colmar-Meyenheim, in partnership with the BA 116 Luxeuil, organized a public relations day during AIREX 84, to present itself and its new hardware to the local people and the young of Franche-Comté.  A static display was offered to them, with a Mirage F1, a Jaguar, an armored rescue vehicle and a twin barrel 20mm anti-aircraft gun.

Severe competition by airport Basel-Mulhouse did not do the airfield much good, and by the mid-1980s the airfield no longer had any regular connections.
The airfield was bought by the General Council of the Territory of Belfort in 1992. They closed the airfield and converted it into a business park, called the Aeroparc. 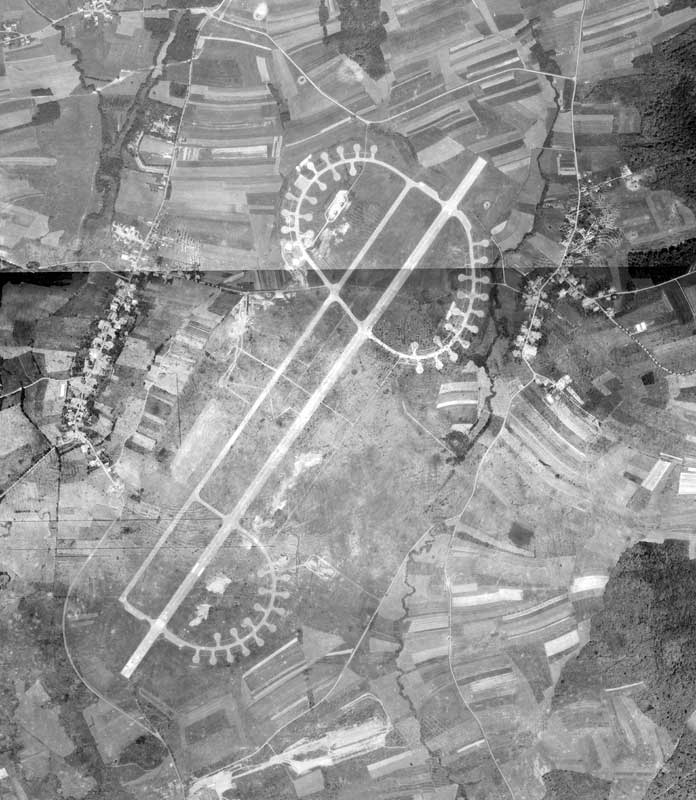 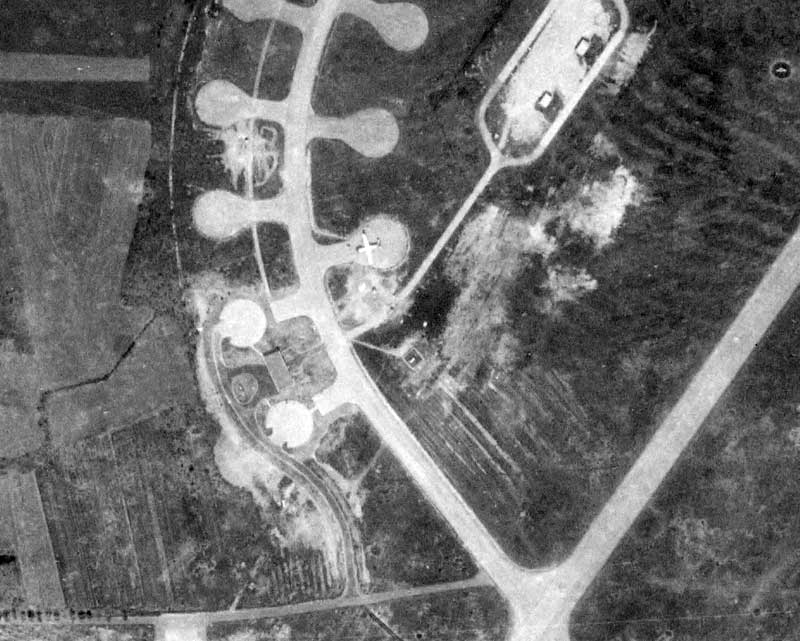 The only photo of an aircaft at Belfort-Fontaine I could find: an enlargement of the 1971 photo above, near the terminal building (IGN, via Géoportail)
Even though the airfield had been closed for almost 20 years, several smaller tour operators still offer services to the airfield. Reason is that despite the closure the airfield still has an IATA-code (BOR) assigned. In 2006 the airfield was still recognisable on a Google Earth image. The buildup of large commercial structures directly next to the runway prevents any further aviation use, however.
The dispersal areas were still recognisable, but most of the parkings had been removed by that time. Only the southern dispersal was still more or less in its original state. 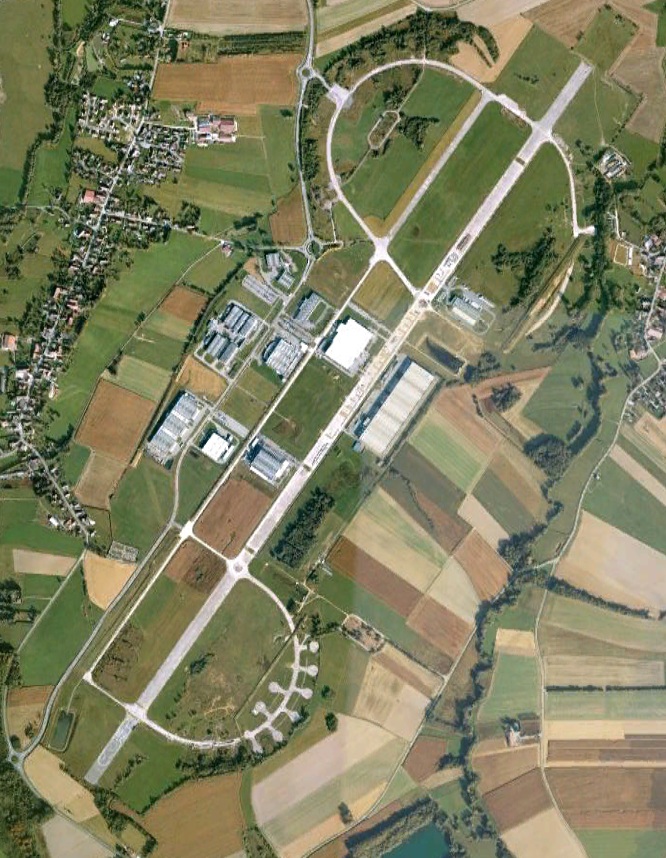 Belfort-Fontaine in 2006 (Google Earth)
contact us about this airfield