Berezovka airfield (russian: Аэродром Березовка, also known as Umbozero-South, but in reality called Khariusniy or Hariusniy Air Base, in russian: Аэродром Хариусный) was an airfield 185 kilometer south-southeast of Murmansk.
The airfield was built in the 1960s as a forward airfield for the Soviet Navy fleet of nuclear Tu-16 'Badger' bombers. It was to be used by the 987 Naval Missile Aviation Regiment (russian: 987 Морского Ракетно Авиационного Полка) from Severomorsk-3 airfield. In order to be able to handle the harsh Arctic climate and the punishing weight of the 79 Tonne 'Badgers' the airfield was especially reinforced. Aside from a tower, a small shelter, a primitive radio beacon and a 200 meter wide parking for 27 aircraft it had no permanent facilities.

On 6 October 1976 its poor navigation aids led to a deadly incident. While on a night approach to the airfield a Tu-16K crew lost their orientation. When they began to run low on fuel the crew was ordered to eject from their aircraft over the White Sea to the south. While 4 of the crew survived the ejection they were not found and later presumed dead. One of the crew was found in a dinghy, having shot himself and subsequently having died of hypothermia. The remains of another member of the crew, still wearing his headset and life jacket, was found on a beach wrapped in the shreds of his parachute.
The other crewmembers were never found. 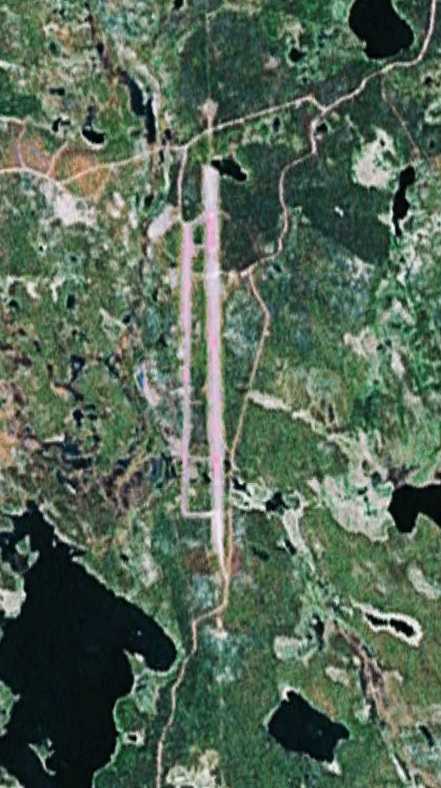 The airfield fell into disuse after the end of the Cold War and the subsequent demise of the Soviet Union. In 1993 all Russian Tu-16 Badgers were withdrawn from service. In 2003 the airfield was photographed by a team of bicycle riders from Russia. The base was completely deserted at the time, but the runway appeared to be in a decent state (see below). During the summer of 2011 a team of 4x4 drivers visited the airfield. Their report from the airbase read amongst others:
The airfield can be reached by any vehicle having a clearance of 150mm. Picture (see below) taken at the north end zone. At this point the track is rather smooth and clean. At the southern end of the strip a lot of gravel and debris. If we look at the airfield as a landing place for light aircraft, it is best to use the northern end of the main taxi track (to the right of runway 17) - it is the cleanest and smoothest location. 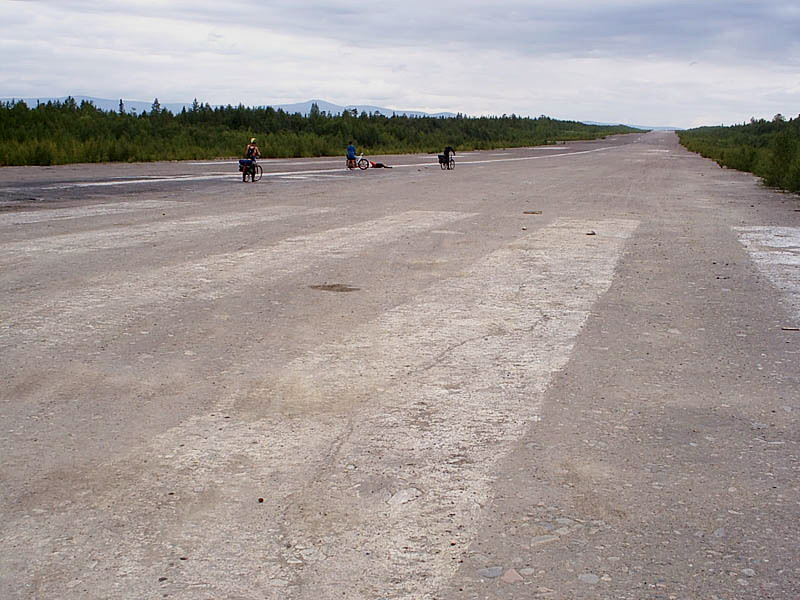 Photo shot in 2003 still shows a fairly smooth runway, 10 years after the Tu-16 was withdrawn from service. 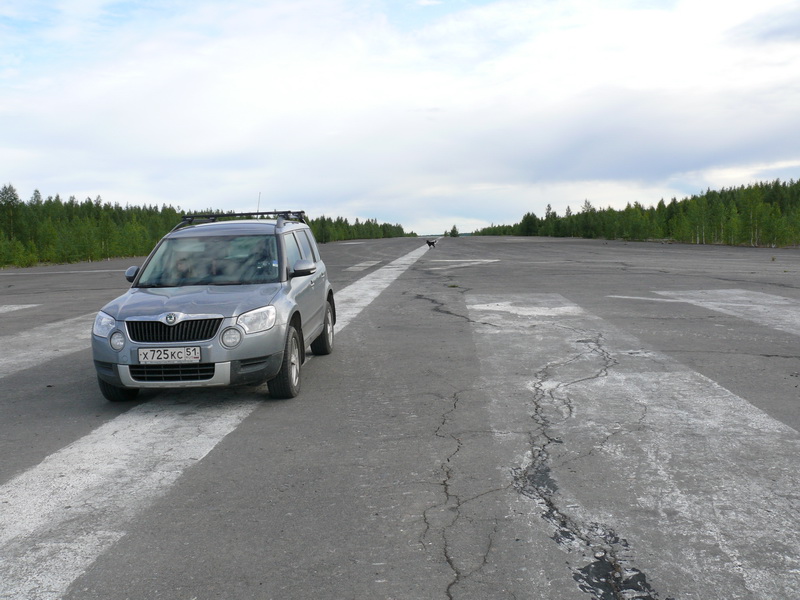 A Skoda 4x4 provides scale to the size of the runway in this July 2011 photo. 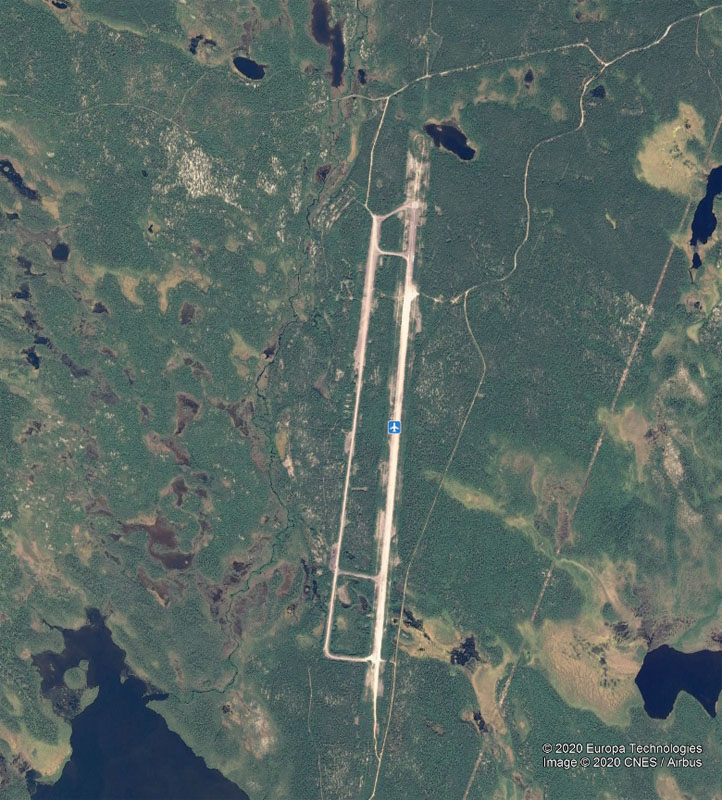