Biesheim airfield (also known as FlugplatzNeuf-Brisach) was a German airfield 385 kilometers east of Paris.
It was created in 1914 by the Germans at the begining of WWI, and used for aerial reconnaissance.
German Army units belonging to VII Army consisting of a multitude of aircraft such as Aviatik B, LVG B, Taube, AEG CI, Rumpler, or captive balloons like Drakballon M / 09, which the French called "Drachen".
The airfield became French at the end of the WWI. 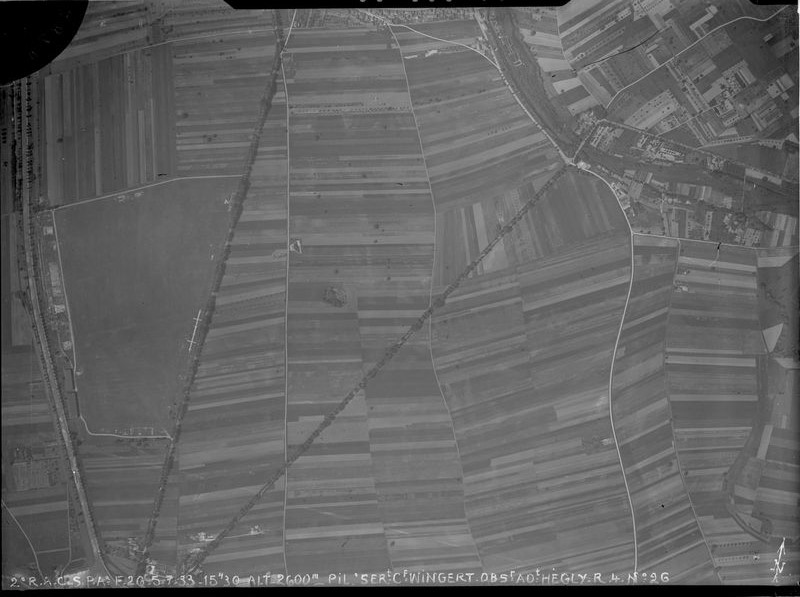 Aerial view of 1933. Some concrete traces are still visible on the left side of the field (www.ign.gouv.fr). 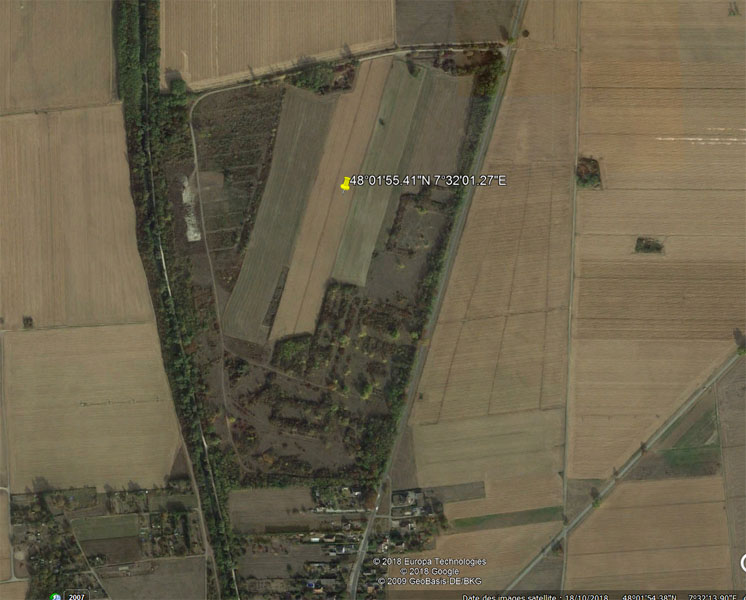 There is no longer any historical trace after 1918.