The airfield was first used during the First World War and by the end of the war, it received the large Handley Page V/1500 bomber.

Bombing major German cities in the World War II to sap the morale of the civilian population was a controversial plan that had its roots in November 1918 at Bircham Newton. Three of the RAF’s Handley Page V/1500 – the first four-engined bombers in the world and the first in RAF service until the Lancasters of World War II –, were scheduled to bomb Berlin, land and re-fuel in Prague and bomb Dusseldorf on their journey back to Bircham. Made of fabric and wood with two ‘pusher’ and two ‘puller’ engines they were the monsters of the sky. They had a wing span of 126ft (38m), were 64ft (19,5m) long and weighed 13 tonnes. Powered by Rolls-Royce engines, which gave them a range of 1129 miles (1820km), they could deliver a bomb weighing 3½ tonnes.
Poor weather conditions had delayed their mission by a day and as they taxied out for take-off on 11 November 1918, a member of the ground crew raced out to stop them with the news that the Armistice had been agreed. As a result, the civilian population of the German capital was spared.

The airfield was equipped with one aircraft repair shed and three double bay general service sheds, although these had been demolished by 1937. It had two Belfast hangars, three C Type hangars, three Bellman hangars and ten Blister hangars. 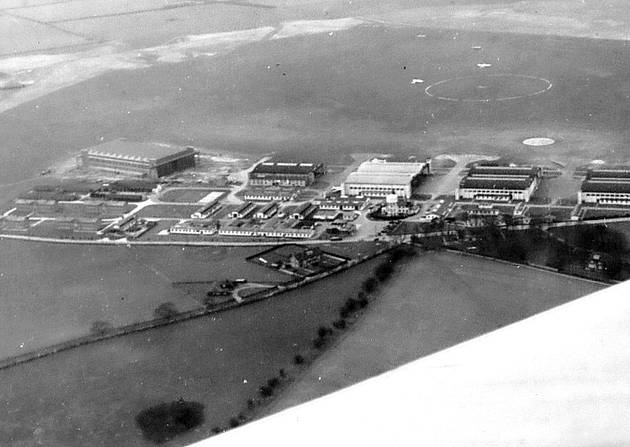 Bircham Newton seen from the air in 1938.

Unlike most of the north west Norfolk airfields, it operated through the Second World War as part of No. 16 Group RAF as part of Coastal Command, rather than Bomber Command. 206 Sqn was one of the squadrons based there, tasked with maritime patrol duties. Another squadron known to have used the airfield was 320 (Dutch) Sqn. Two satellite airfields, RAF Docking and RAF Langham were opened to accommodate units. 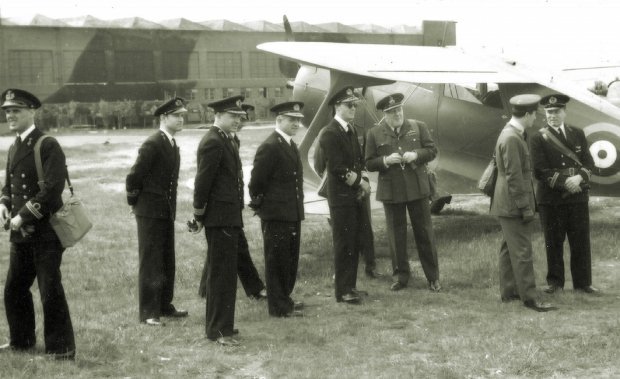 HRH Prince Bernhard of the Netherlands visiting 320 (Dutch) Sqn in his personal Beech 17 Traveller (also known as Staggerwing) in June 1942 (Netherlands Institute for Military History (NIMH)). The aircraft, coded PBI, was completely destroyed buring a Luftwaffe attack on Evere in Belgium.
Although the station closed on 18 December 1962, flying briefly returned to Bircham Newton in 1965, when the Tripartite Evaluation Squadron, based at West Raynham, used the former airfield as a landing ground for evaluation trials of the Hawker Siddeley XV-6A Kestrel/Kestrel FGA1 V/STOL aircraft, which is considered to be the ancestor of the famous Harrier jump jet aircraft series.


A Kestrel passing by the hangars and control tower. The latter's unique shape makes it absolutely certain where we are!


After closure as an operational airfield in 1966, the airfield became the home of the Construction Industry Training Board. Since, the area of the airfield once occupied by the grass runways has disappeared under the activities of construction equipment. The majority of buildings on the site, including some hangars and the control tower, remained in use by the CITB.The control tower was demolished in 2010 however, due to its poor condition.
Constructionarium is also based within the estate, providing a week's practical learning opportunity for undergraduates. 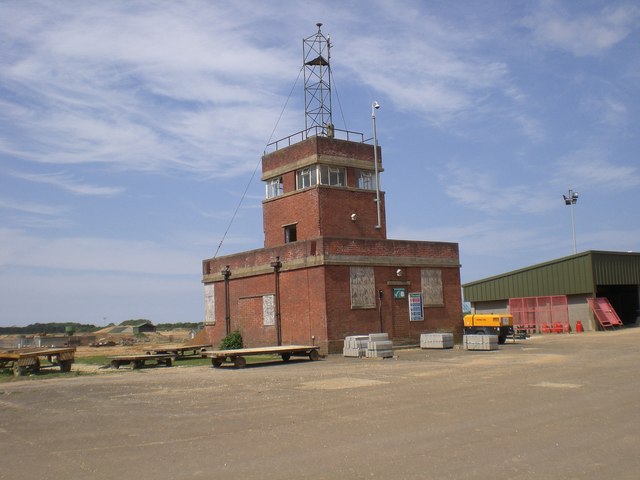 The control tower in 2006 (© 2006 Nigel Jones, licensed for reuse under this Creative Commons Licence)
contact us about this airfield