Boistrancourt airfield (french: Aérodrome de Boistrancourt-Suererie, german: Feldflugplatz Boistrancourt) was an airfield 160 kilometer north-northwest of Paris.
The airfield was built by the Germans in 1917, opening in March of that year. On 11 March 1917 Jasta V (Jagdstaffel 5) moved into the airfield, for what was to become more than a year of operations from Boistrancourt. Jasta V left the airfield on 25 March 1918. 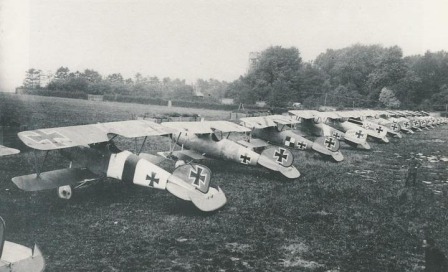 A row of German Albatros fighters in 1917. Only just visible in the trees, is the control tower of Boistrancourt (jasta5.org).

Taken in July 1917, possibly during the same event as the photo above, this lineup of Albatros DIIIs and DVs in front of the hangars was shot from the control tower. 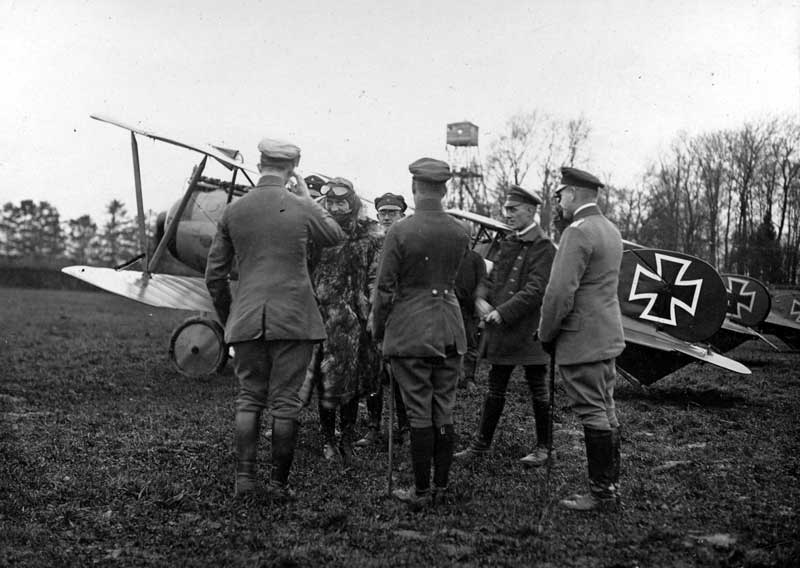 Arrival of Rittmeister Manfred von Richthofen at Jagdstaffel 5 on 17 March 1918. Behind Richthofen stands the Staffelführer (squadron commander) of Jasta 5, Oberleutnant Richard Flashar. As it is the end of winter, there are no leaves in the trees and so the control tower is clearly visible.
After the war, the airfield returned to its original use (agriculture). Today, nothing reminds of the former airfield.
contact us about this airfield