44°50'27"N 000°40'47"W
Flying field - 650m X 700m - grass
Bordeaux Croix d'Hins airfield (French: Aérodrome Bordeaux Croix d'Hins) was an airfield 500 kilometer southwest of Paris.
While individual initiatives in the early days of aviation resulted in the creation of airfields like Beaudesert Golf (4 km west of Bordeaux), the Aero Clubs "du Sud-Ouest" and "les Pyrenees" united in December 1908 to build a large airport.
The two flying clubs had set their sights on a large deforested area located about twenty kilometers south-west of Bordeaux. It was served by the train station Cross d'Hins, just like Juvisy served Port-Aviation near Paris. The difference was, however, that the airmen flying here were able to make straight flights of 5 or 6 km from the airfield or to try their machines without any danger on a 15 km circuit. 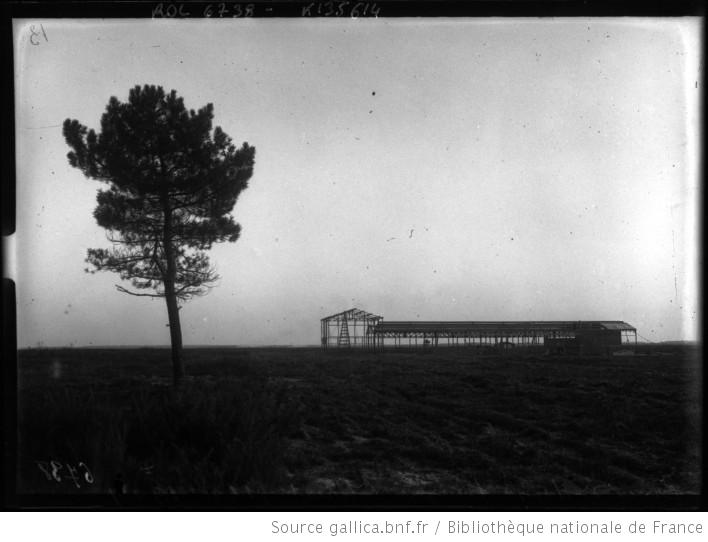 At the beginning of the war there was more ground to Croix d'Hins, but a factory for grenades was built on parts of the airfield. It opened in 1915.

On 4 January 1910  famous aviator and sculptor Leon Delagrange, only 37 years old, lost his life at Cross Hins airfield during a training flight while flying a Blériot. This accidental death temporarily stopped activity at Croix d'Hins.
On 4 January 1910 an aerial service between Bordeaux and Arcachon was inaugurated at Croix d'Hins. In 1917 the site was selected for the planned construction of the Lafayette radio station for transatlantic communications with the U.S. 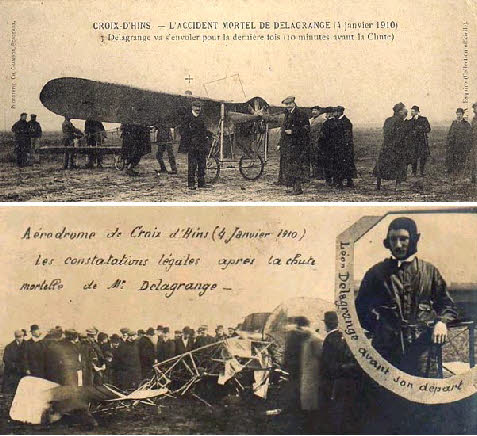 Airfield 4 january 1910, after the death of Léon Delagrange (passion-33.fr) 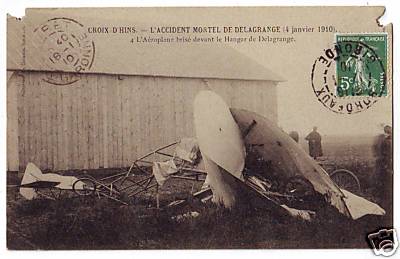 Croix d'Hins did not live very long because although it was built by the "Flying Club Bordeaux", it was too far away from Bordeaux. As soon as the construction of the airfield Merignac Beaudésert began, it was gradually abandoned. During World War II parts of the grouwnds were used by the loftwaffe as a dispersal area for fighters. After the war it became a commercial zone for Bordeaux. 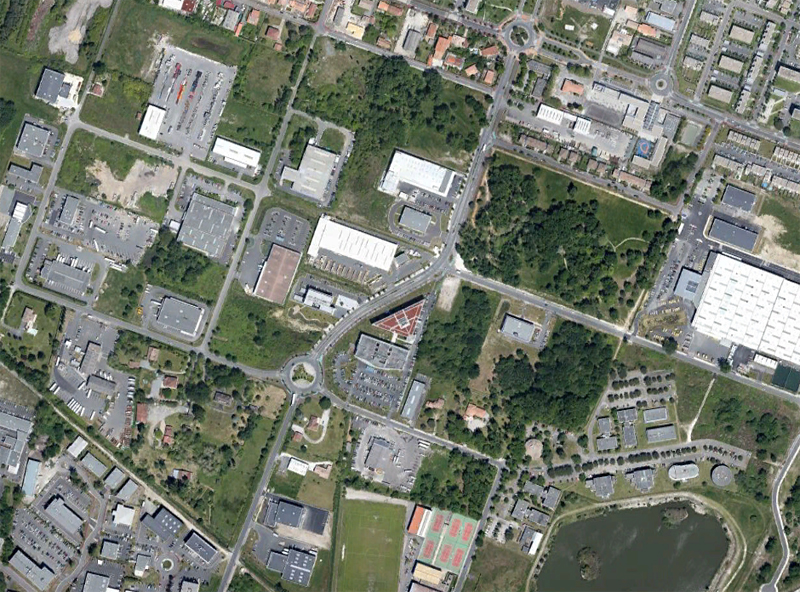 Today, nothing remains about the former airfield.