Brindisi Idroscalo was a seaplane base in Brindisi, Italy.
Its origins date back to World War I. Initially built as a temporary seaplane station by the Regia Marina Militare (Royal Italian Navy) in 1916 in response to the threat of the Austrian aviation base at Durres, it soon became a proper and efficient airstation. Coming from the port of Brindisi it was built on the left bank of the Pigonati Channel in a large area, protected from the sea and attacks by the naval fortress and defenses. It was augmented in 1918 by the land airfield of San Vito dei Normanni, about 9 kilometers (5 miles) away. 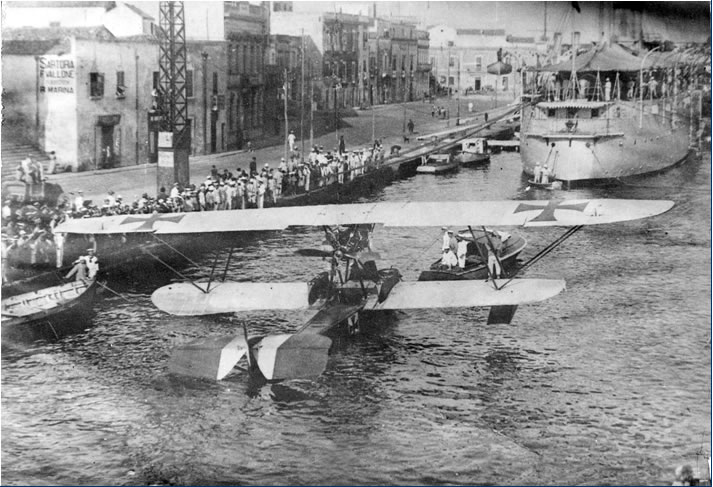 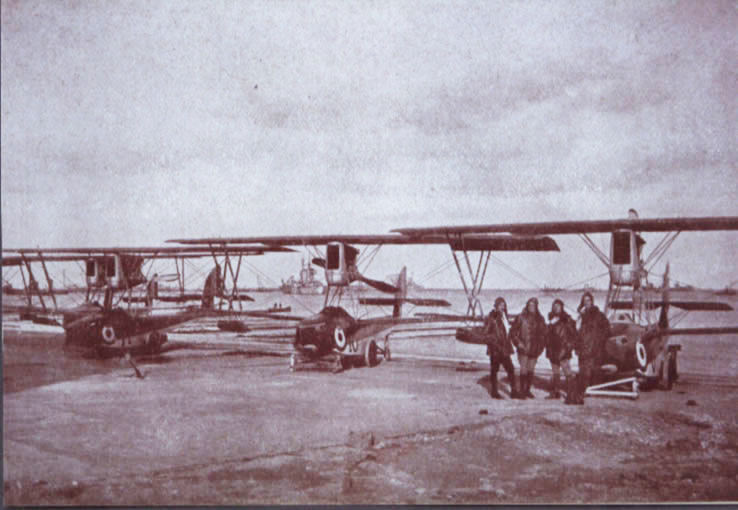 The squadron of Umberto Maddalena, one of Italy's highly decorated WW-I pilots in June 1918 (funzioniobiettivo.it).

In 1923 Regia Aeronautica Militare (Royal Italian Air Force) began the construction of the civilian seaplane airport (Idroscalo Civile). It was completed in 1925 and served as a connection to Athens and Istanbul, whilst also connecting to the port of Brindisi and the Italian railroad system. 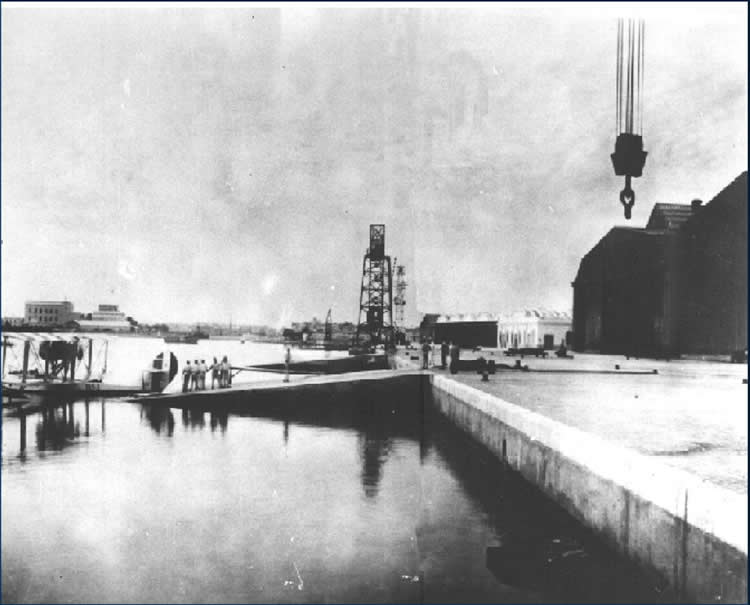 View of the two Brindisi slipways in 1925 (Collection Volker Böhme). 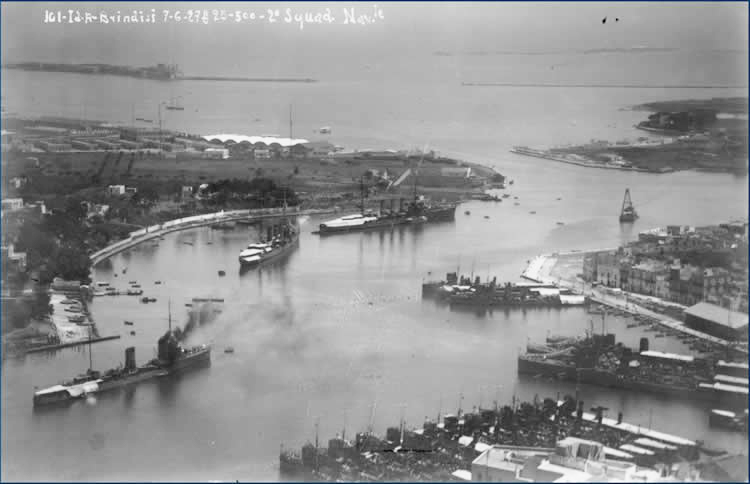 The port of Brindisi in 1927. The white hangar rooftops of the Idroscalo are easily identified (Collection Volker Böhme).

Between 1931 and 1937 the airfield expanded to the northwest when a landbased airfield (Campo Casale, todays Brindisi airport) was realised. It opened on 30 July 1933 and was inaugurated by Duce Benito Mussolini. It was an instant success, and grew from 600 meters to 800x500meters and then 900 meters.
The twinned land-seaplane airfield continued to expand and was served by both local and international airlines. On 15 March 1937 35° Stormo (Wing) formed at Brindisi, flying the SM.55. A year later 95° and 86° Stormo began to operate Cant Z.506 from the seaplane base. The hangars and aircraft cranes of the Idroscalo in 1930 (Collection Volker Böhme). 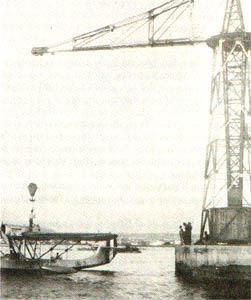 The Idroscalo and its takeoff lanes in 1933. The newly completed land airfield can just be seen at the top of the photo (Collection Volker Böhme). 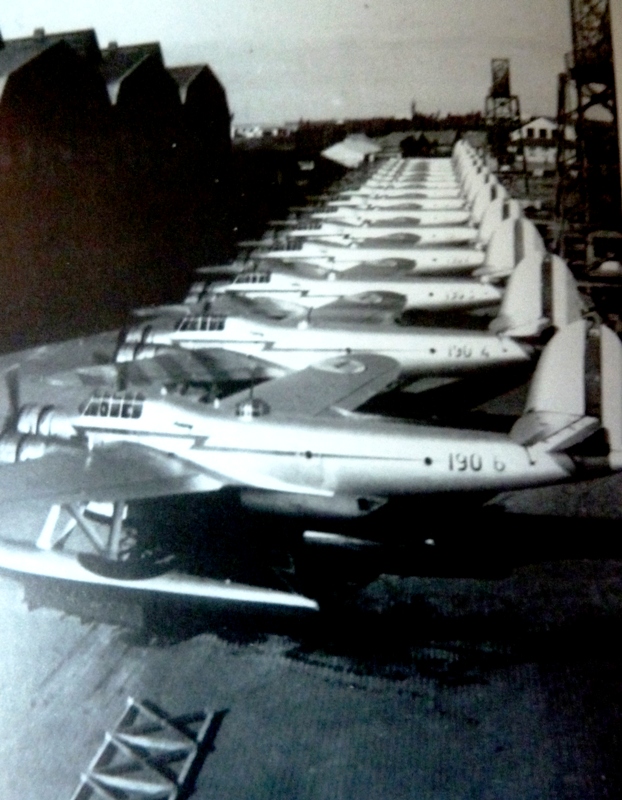 CANT Z.506 seaplanes seen lined up on the dock at Brindisi (Brindisireport.it).

New runways were built at Campo Casale during World War II. In September 1943 civilian traffic ended however when the final seaplane took off for Ancona on the 9th. By that time maps of American intelligence reports showed the land based airfield (todays Brindisi Airport) and the seaplane base as two sepereate entities. The two installations must still have been closely connected and shared much of their infrastructure, though. 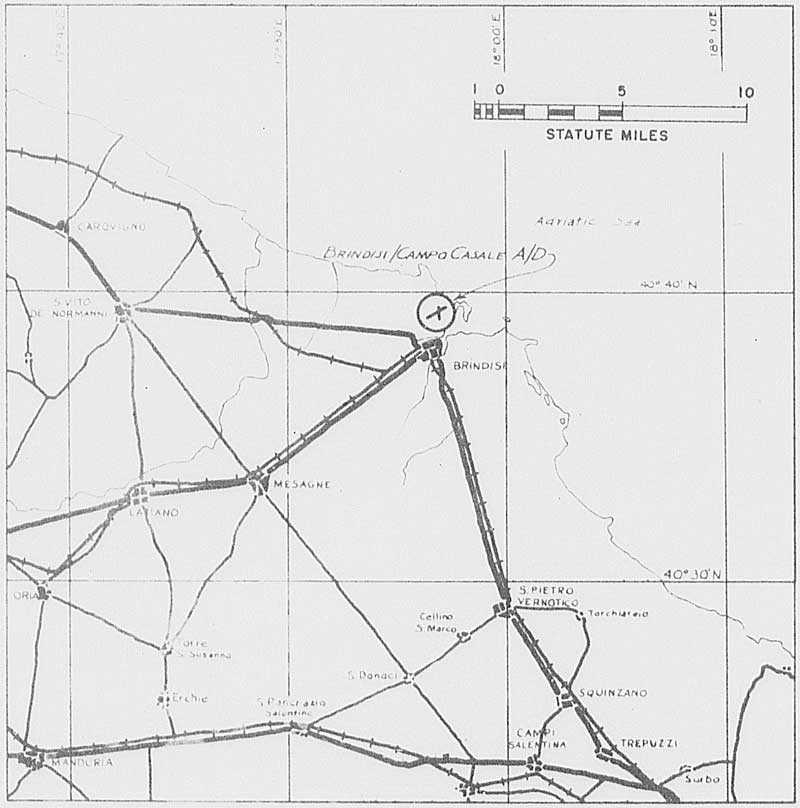 Map of Brindisi and its surrounding area. Brindisi Idroscalo was located immediately shouth of Campo Casale (USAAF/AFHRC, via Reid Waltman). 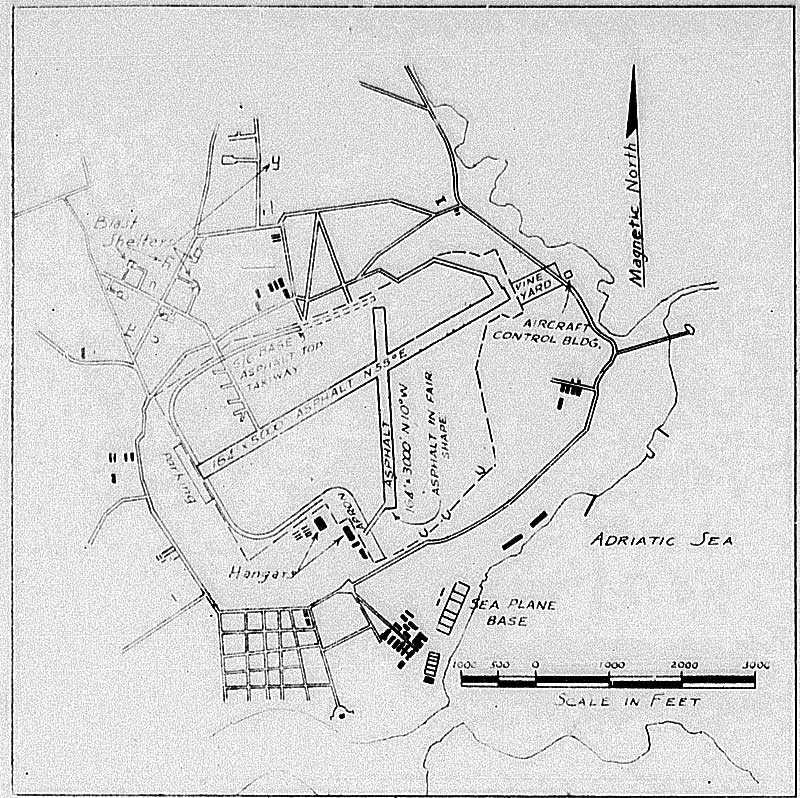 1943 USAAF aerodrome chart of Brindisi Campo Casale, showing the position of the seaplane base outside the airfield (USAAF/AFHRC, via Reid Waltman). 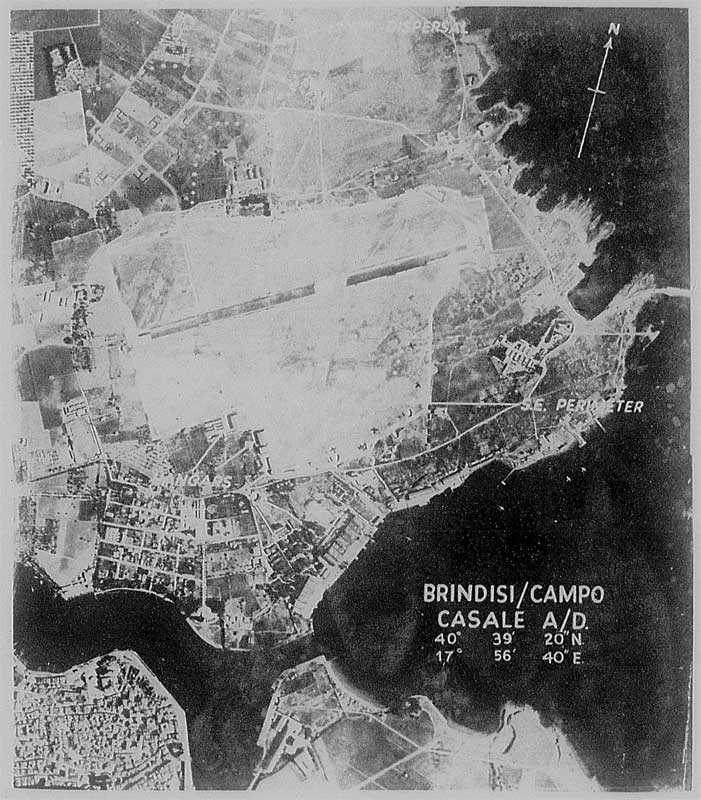 Aerial photo of Brindisi Campo Casale and the Seaplane base to the south, clearly showing the two are no longer a single entity (USAAF/AFHRC, via Reid Waltman).

In 1947 it was decided to split the land based airfield in two: a millitary and a civilian side, sharing the runways. The hangars of the former seaplane base fell to the military side, and were connected to the base by a taxiway. According to internet sources the seaplane base remained in use until about 1950. Today it is still part of the military side of Brindisi airfield. 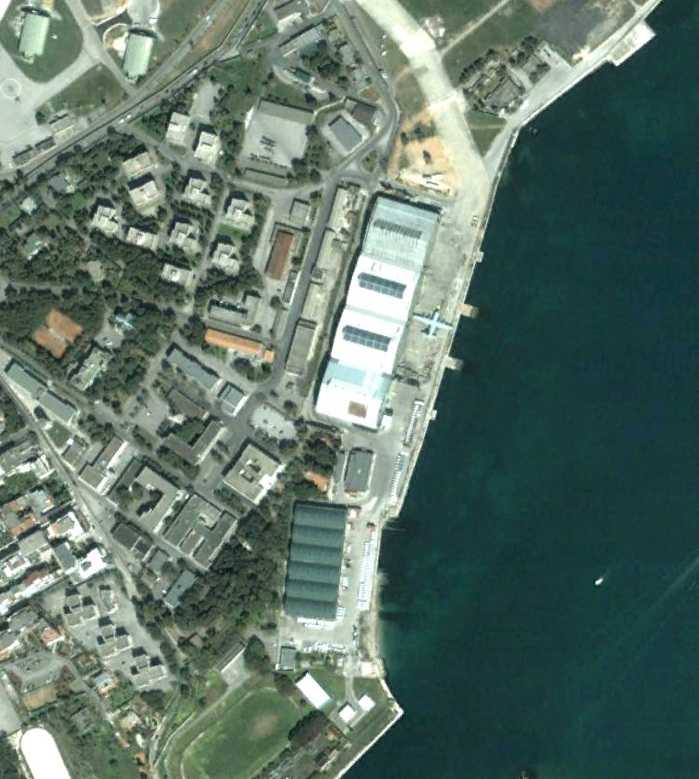 The location of the Idroscalo in 2003, showing a C-130 Hercules parked between the hangars and the sea (Google Earth) 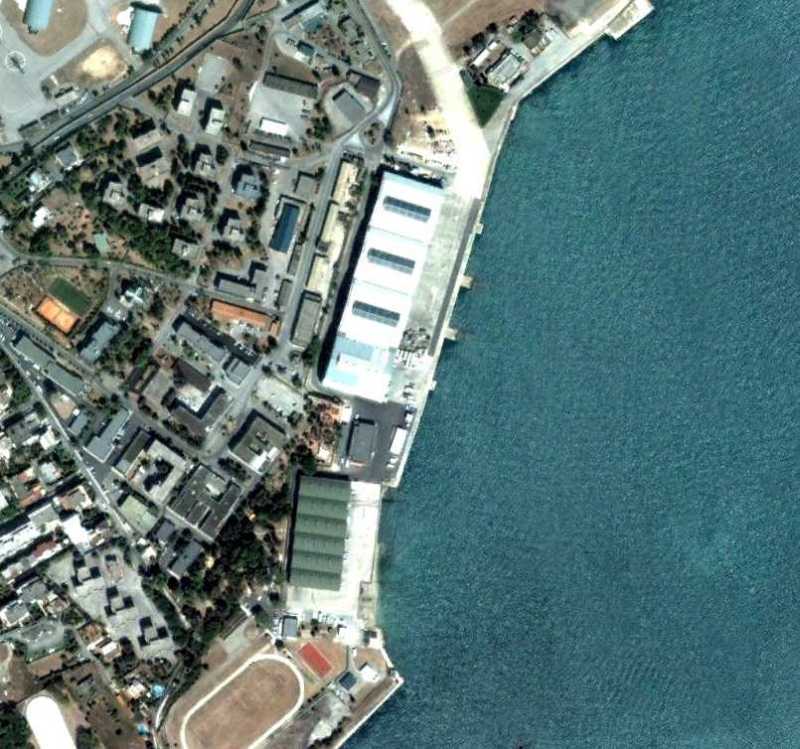 The location of the Idroscalo in 2008, showing little change (Google Earth)