Brucheville airfield (Advanced Landing Ground A-16 "Brucheville") was an Advanced Landing Ground southeast of the community of Brucheville near Utah Beach in Normandy, France.
The airfield was built between 6 July and 2 August 1944 by the 843 Engineer Aviation Battalion. It served as an air base for Allied fighter-bombers operating above and just ahead of the beachhead. The airfield was used by 36 Fighter Group (P-47Ds) as early as 7 July, but only with one squadron: 53 FS. The other two (22 and 23 FS) followed in early August, possibly because they were converting from Razorback P-47D-20 to the bubble canopy P-47D-25 in England. On 1 September 1944, just before the Group was to move to Le Mans, they earned a Distinguished Unit Citation for operations south of Loire river.

After 36 FG moved out, the airfield was almost immediately closed on 5 September. It was subsequently returned to agricultural use. 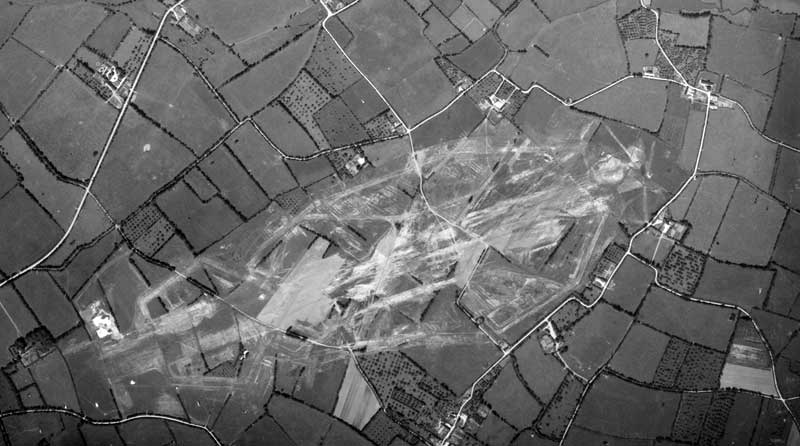 Overview of what was left of A-16 Brucheville in 1947 (geoportail.fr).

Nothing remains of the former airfield. Only a small monument exists to remind us of the airfield and 36 FG. 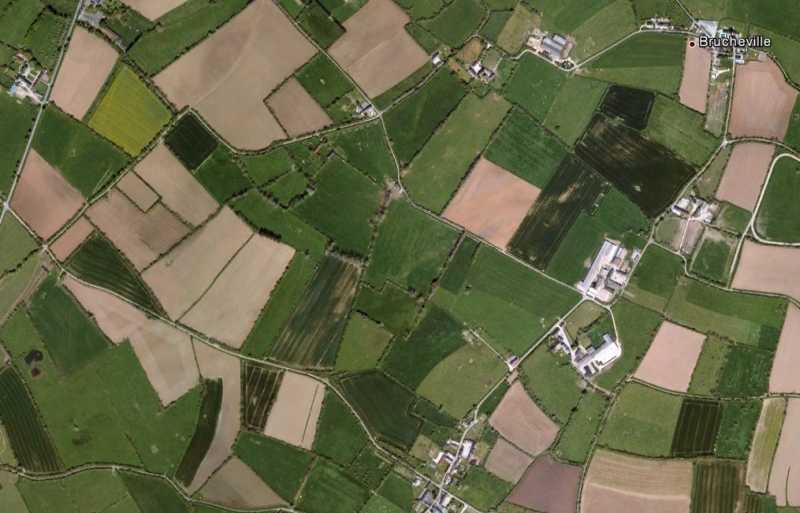 Overview of A-16 Brucheville in 2007. Some very mild scarring of the land shows the location of the former runway (Google Earth)