Buena Vista Airport (locally also known as "el aeropuerto viejo" or "the old airport") was an airfield on the island of La Palma, Canary Islands, Spain.
Its construction had been discussed since 1921, but it was not decided upon until 1950. Finally, it was built between 1953 and 1954 on a 1000x100m patch of land. Named Buenavista Airport, it opened for domestic civil air traffic, international tourist traffic and international technical stopovers on 22 September 1955. Services were carried out by military CASA built Junkers-52s and a few Douglas DC-3s belonging to Iberia, which flew on alternate days to Santa Cruz de Tenerife. Despite its immediate success and regular services, the airport suffered badly from adverse weather conditions, including heavy rain and fog. Also it was intersected midway by a local road. 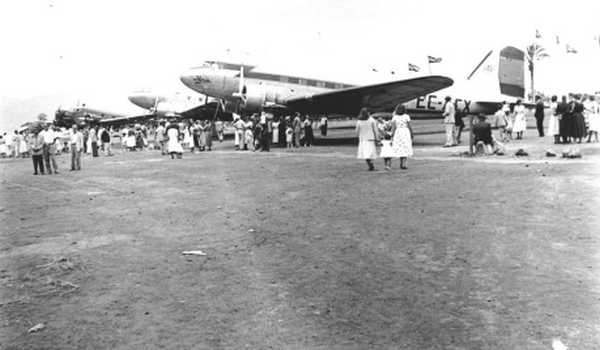 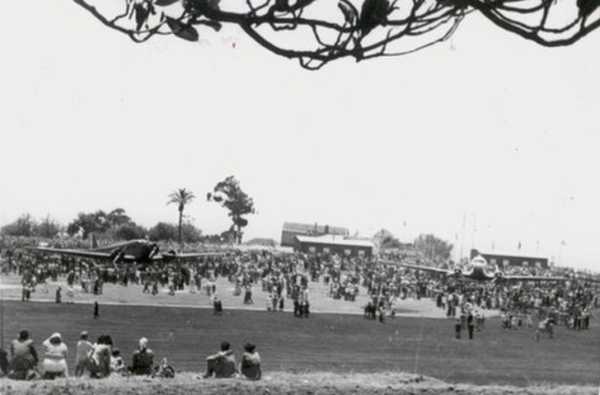 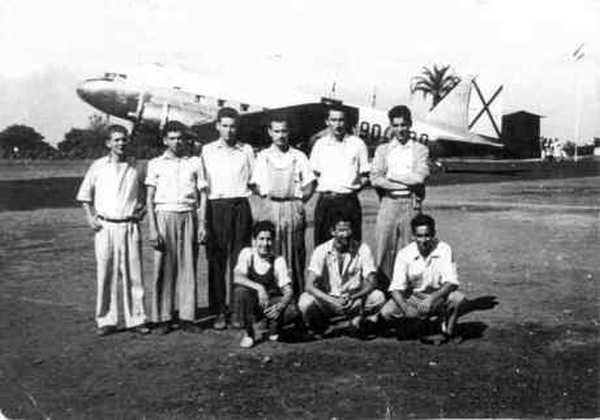 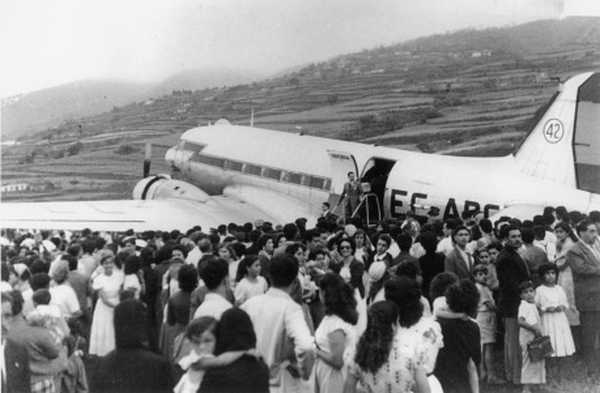 The heavy rainfall made the runway unusable, so the Ministry of Aviation had to built a tarmac runway. On 29 August 1956 the airport was closed for resurfacing, which would not be completed until January 1958. When completed, the airport had a tarmac runway, an aircraft parking apron for one single aircraft and a wooden hut with a corrugated roof serving as the terminal. A new control tower was taken into service in 1960. In 1961 Buenavista annually logged 4,000 passengers, a considerable number given the times.
Over the following years, the rain and cross winds forced the suspension of operations on more than fifteen occasions. Improvements in drainage and the construction of a taxiway did not improve the situation, as the proximity of the mountains provoked wind changes and stagnant fog. These circumstances, together with the physical impossibility of improving the airport due to space constraints, led the aeronautical authorities to look for a new location. On 1 July 1964 a turboprop Avro (Hawker Siddeley Aviation Company Ltd) 748 landed at Buena Vista during its Canary demonstration flight. On board was Iberia staff and also commander Vicente Ramos Hernandez, to evaluate its performance against its possible acquisition to relieve the DC-3. Ultimately this did not happen, because the company opted for a fleet of Fokker F-27 'Friendships'.
In 1966, operational difficulties at Buenavista airport forced Iberia to install a set of JATO (acronym for Jet Assisted Take Off) rockets on two DC-3 aircraft. The JATO rockets were to provide extra power in case of engine failure on takeoff or in case of aborted landings. However, these rockets were a shock to the crew and passengers of the DC-3. Once, while the aircraft positioned on the runway for take-off, a JATO-pod fired accidentally, causing a loud noise that alarmed nearby population and left the plane wrapped in a cloud of white dust.
On another trip, while flying over nearby ​​Bajamar where football match was played, the same occurred, leaving the audience thinking that the plane would crash and hit them. In 1967 the airfield became a Class II airfield, attracting twice daily Iberia flights from Tenerife in addition to sparse military and general aviation traffic and SAR flights. For one season, Iberia ceded the La Palma to Tenerife line to Spantax, which operated with DC-3 and Fokker F-27, in addition to other lines to the Canary Islands and Western Sahara. In 1968, Iberia rejoined the air route to La Palma with up to three daily flights on top of the flights by Spantax (F-27 and DC-3) and TASSA (DC-3). The Ejército del Aire (Spanish Air Force) maintained its presence with Junkers Ju-52/3m, T-6 Texan and sporadically also Saeta jets. However, Buenavista airport's days were numbered.
The crash of an Iberia F-27 on 5 January 1970, which went off the runway on touchdown -falling down the north slope- speeded up events. La Palma's Buenavista Airport was replaced 3 months later, ahead of schedule, by a new, nearby coastal airport. 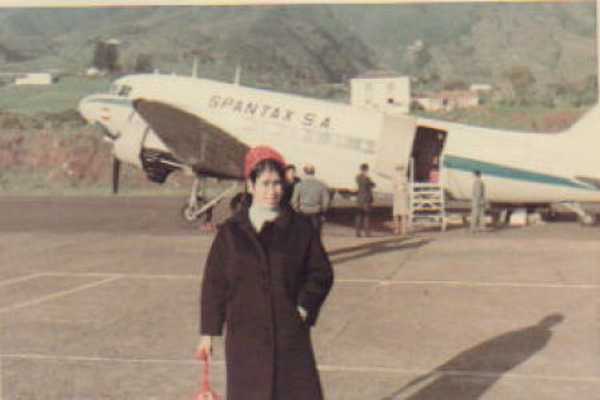 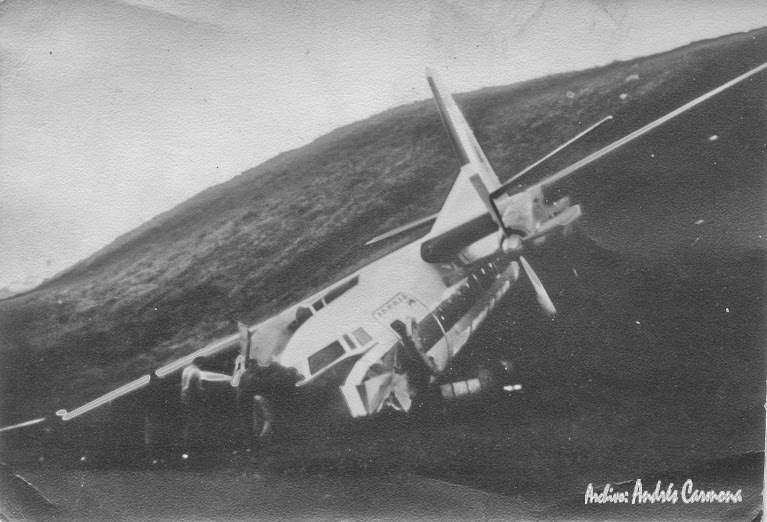 On 5 January 1970, a Fokker 27 suffered an accident that almost overnight closed the airfield in favor of the (yet uncompleted) Mazo airfield (Historia de Tazacorte)

It has been argued that the Spanish authorities abandoned Buena Vista too soon and in a hurry. The new airfield at Mazo was under construction, but not nearly completed when traffic was moved from the old airifeld. Basic access road construction had not even begun yet, for instance. Buena Vista had certainly served its purpose and 'earned' a retirement, but a single accident meant it was closed early.
After its closure, the old airport has been used for various duties which are totally alien to what it was made for. The runway has served both for learning and practical examinations of car driving and for the deposit of waste, especially heavy machinery. Although it has been closed for over 40 years, the airfield is still remarkably complete. The runway, the platform, the tower and the station building all still exist.

Over the years, the Spanish Ministry of Defense has acknowledged that the terrain was used for other things than originally intended. As a result, the original owners are eligible to reclaim the terrain. In 1998 a decision, originally taken in 1993, was published allowing 17 people (or their heirs) to reclaim their properties. All 17 went to city hall to reclaim their property and everything seemed resolved. The former airport was to be used for construction, as most accepted the land offered by the government. Half a dozen opted to take their cases to court however, because the Ministry of Defense is giving away more square meters than what is physically possible. The Brena Alta city council mediated in the problem and found a solution acceptable to all. All, except the state, who never accepted the proposal for 131,727 square meters of land in a prime area of ​​La Palma. In addition, the former airport terminal is now the space of three comfortable dwellings in which workers or airport staff and their families reside. They, for various reasons, succeed to this day to have permission from the Ministry of Defence to stay in these units. This situation further complicates the return of the ground.
In 2000, the runway was used as a local diversion road because of construction a few hundred meters east of the airfield. By 2002 the runway was only used to store trailers and as an unofficial driver training ground. 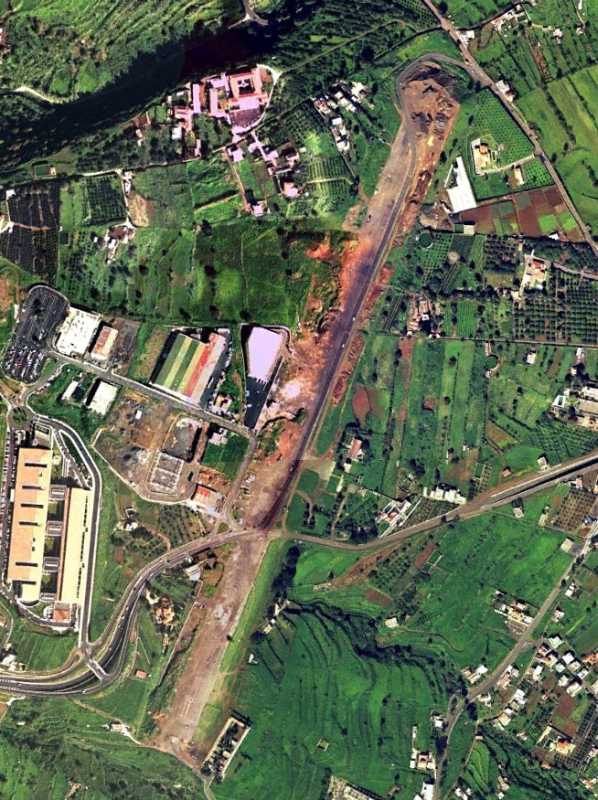 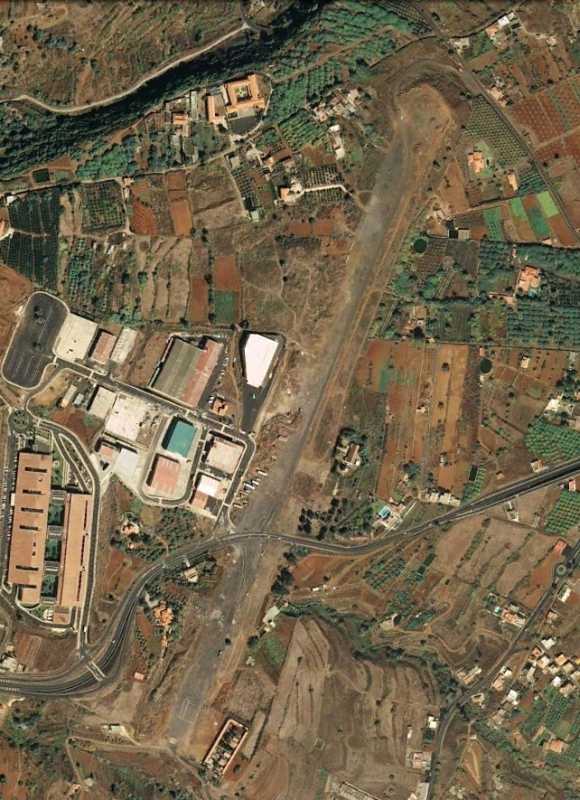 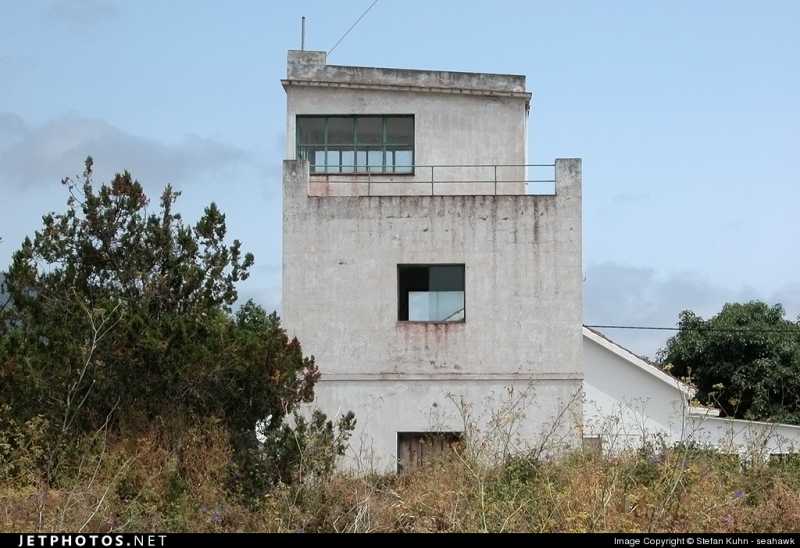 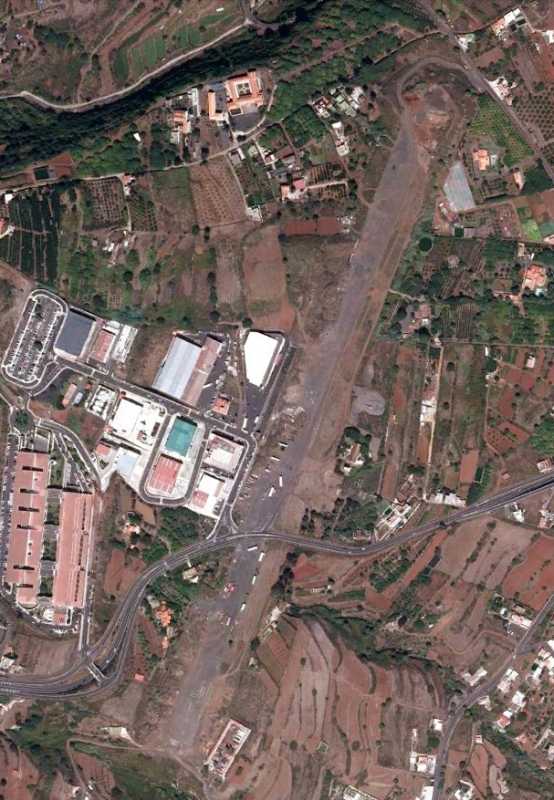 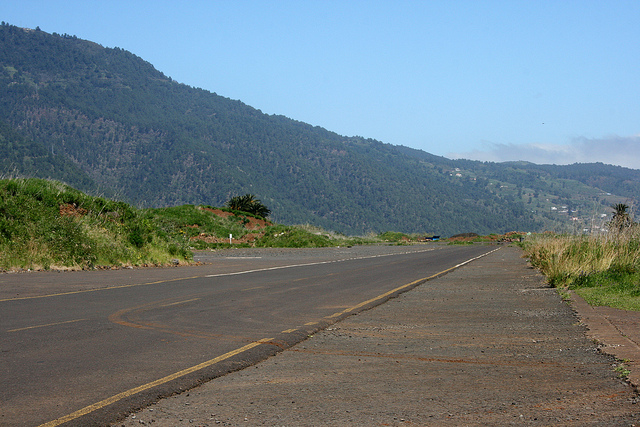 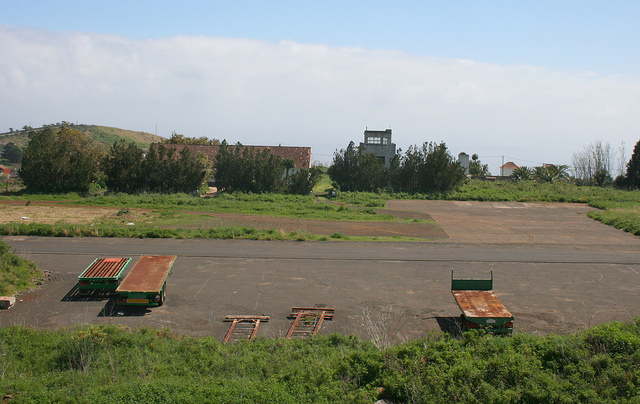