Naval Air Station Bug (german: Seefliegerhorst Bug or Seefliegerhorst Bug auf Rügen) was a german military floatplane base on the Bug peninsula on the island of Ruegen (german: Rügen), 230 kilometer north of Berlin, in Meklenburg-Vorpommern, Germany.
Construction of the facility began in 1916 and the Seeflugplatz Bug was officially commissioned as a station of the german Imperial Navy (german: Kaiserlichen Marine) on 29 January 1917. It was decommissioned and torn down in 1920 as a result of the Versailles Treaty.

By order of 14 August 1933 the reconstruction and expansion of the station began. At the same time the old fishing village Dranske was torn down and replaced with the barracks of the Fliegerhorst, current day Dranske. Secretly a conceiled Station Command post was active from 1 April 1934, and the first conceiled pilots weapons course began that same day.
The secrecy was lifted in 1936, reveiling the "Fliegerwaffenschule (See) Bug a.R.", having a 600x700meter grass flying field, a large hangar and a taxiway to the floatplane area and its hangar. By 1939 it had 8 large hangars, 10 barracksbuildings, a base hospital, 2 mess halls, sportshalls and workplaces; together around 110 buildings.
The school was renamed twice in 1940, twice in 1942, and decommisioned in January 1943. A new school for observers came in its place, followed by the relocation of an aerial warfare school in August 1944.

The first operational unit at Bug was the Küstenfliegergruppe (coastal flying group) 306 in September 1939, but they were withdrawn only a month later.
In April 1944 the Seenotstaffel 9 (Naval Rescue Squadron 9) moved to Bug until they disbanded in October 1944 in favor of Seenotstaffel 81 with Do.24, which had arrived in September. Along with Seenotstaffel81 came the Seenotgruppe 81/Ostsee of the Deutschen Seenotdienstes der Luftwaffe (See) (German Sea Rescue Service of the Luftwaffe (Sea)). which headquartered at Bug. In December 2 squadrons of Naval reconnaissance Group 126 flew their Bv138C to Bug. Both units moved to Parow in March 1945. Around the same time the evacuation of Nest, Kolberg and Kamp took place, and most of the overloaded aircraft flew to Bug. The last Seenotgruppe-81 aircraft out of Bug flew out on 5 May 1945 and headed west.

After the end of the war the Red Army levelled the facility with explosives. The entire area was replanted with 30,000 trees and then turned over to a nature preserve organisation in 1947. Around 1960 the area became of military interest again, when the Volksmarine (the East-German Navy) set up a Motor Torpedo Boat unit on the peninsula, slightly northeast of the fomer airfield. Access to the whole area became restricted until the reunification of Germany.

Bug became a privately owned nature preserve in 2000. Access to the area is restricted to guided tours. In the forest that was once the flying field, concrete remains can be found to this day. 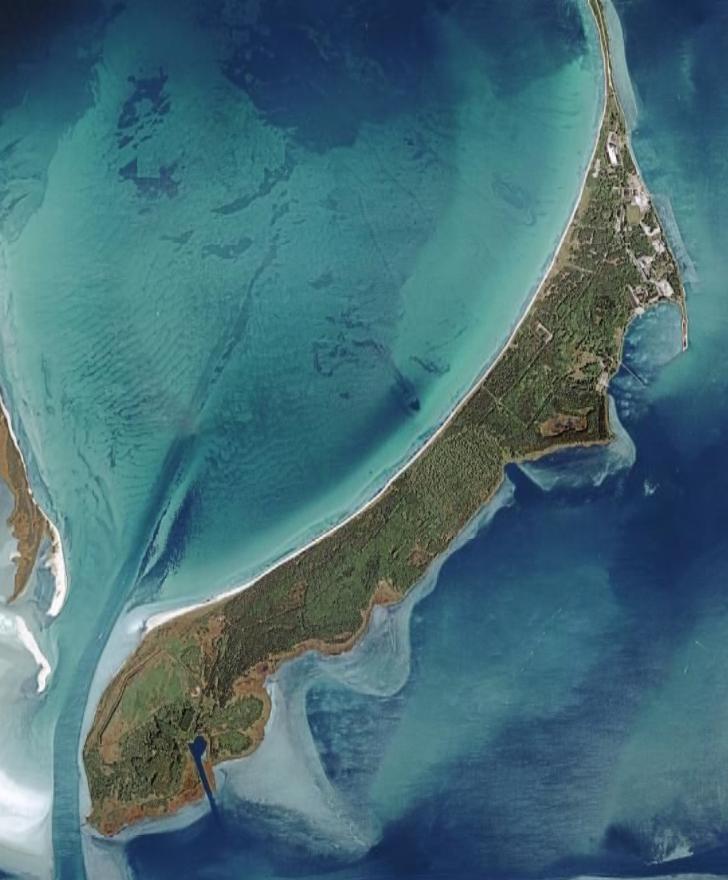