Air field Cardonville (also known as Advanced Landing Ground A-3) was an advanced airfield on the Normandy beachhead in France.
The airfield was built between 7 and 19 June 1944, but had already been pressed into service on the 10th. It was one of the first airfields established in liberated France and built by the 816th Engineer Aviation Battalion. It also housed the 1st Platoon of the 1st Air Force Clearing Station, which had landed at Omaha Beach on 22 June. The medical unit set up a field hospital just off base, which by that time would still occasionally receive incoming enemy fire, as the front line was not far away.
The platoon consisted of 4 Medical Officers, 1 Dental Officer, 1 Medical Administrative Officer, 6 (female) nurses, and 57 enlisted men.
Flying units stationed at the airfield were:
368th Fighter Group (20 June-23 August) flying P-47D Thunderbolts.
370th Fighter Group (24 July-15 August) flying P-37J Lightnings.
As with all the fighter units stationed at advanced landing grounds both Fighter Groups were tasked with patroling roads in front of the beachhead and attacking german vehicles, troop concentrations and weapons. 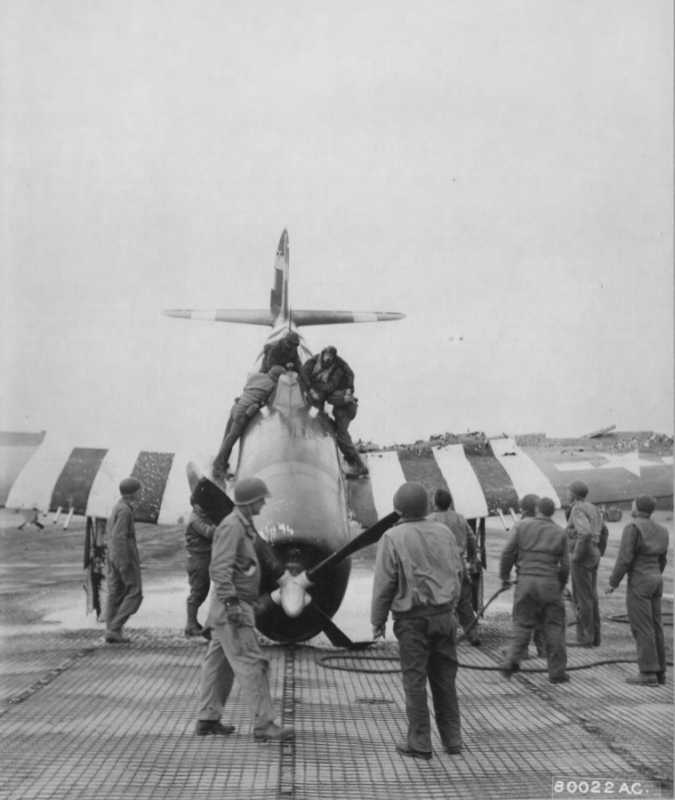 Taxiing P-47 at A-3 Cardonville After the Allied forces moved east into Central France with the advancing Allied Armies the airfield was used for resupply and casevac missions. The 1st Air Force Clearing Station stayed at the airfield for three months. The airfield was finally closed on 1 September 1944 and returned to its former users.
Today the fields are a mixture of various agricultural fields. Map of A-3 Cardonville and its surroudings according to a map posted by Michel Le Querrec on Flickr. Compared to the map at ixengineercommand.com, the airfield is rotated 180 degrees. Rémi Brouillaud sent me a 1947 IGN aerial photo that proves the version on Flickr is the correct orientation: 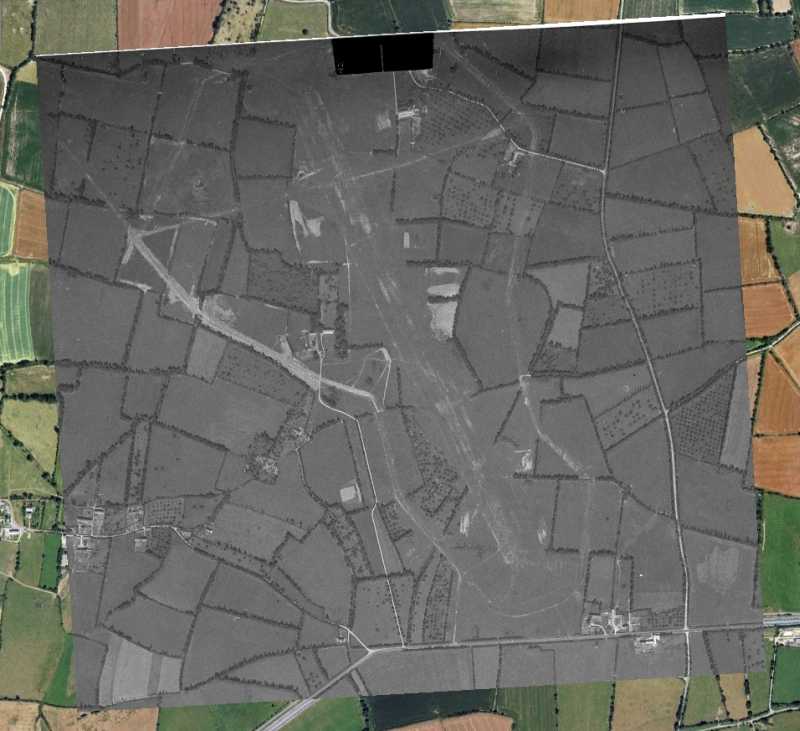 The remains of A-3 Cardonville on a 1947 IGN photo (Google Earth and IGN, via Rémi Brouillaud).