Carentan airfield (Advanced Landing Ground A-10 Carentan, in French: Aèrodrome de Carentan) was an Advanced Landing Ground near Utah Beach in Normandy, France
The airfield was built just east of Carentan by 826 Engineer Aviation Battalion from 15 June 1944. It was taken into limited service only 4 days later. Its 35 meter wide landing track (Square Mesh Track) was extended on both sides by taxi tracks, effectively making for a 100meter wide landing strip. The southern taxitrack doubled as an emergency crash-runway.
On 19 June 1944 P-47s Thunderbolts of 50 Fighter Group, part of 84 Fighter Wing of 9 Air Force, took up residence at the airfield. It's first squadron (313, coded W3) arrived the same day. The other two squadrons (10FS, coded T5, and 81FS, coded 2N) arrived a day later. On 22 July the station received another unit, when P-38J Lightnings of 392FS (coded H5), belonging to 367FG, took up residence. The Lightnings arrived shortly after a tragedy near Cotentin. Being part of a large 14 squadron effort to bomb and strafe German positions from low level, the unit was last to attack. Obviously, by this time German flak was expecting them, and the unit took a heavy loss. 14 pilots were killed, one taken prisoner, and commander RC "Buck" Rogers returned to base with only 7 aircraft left. 392FS remained until 15 August 1944, leaving for Cricqueville to join its two sister squadrons. 50FG left the next day for Méautis airfield. 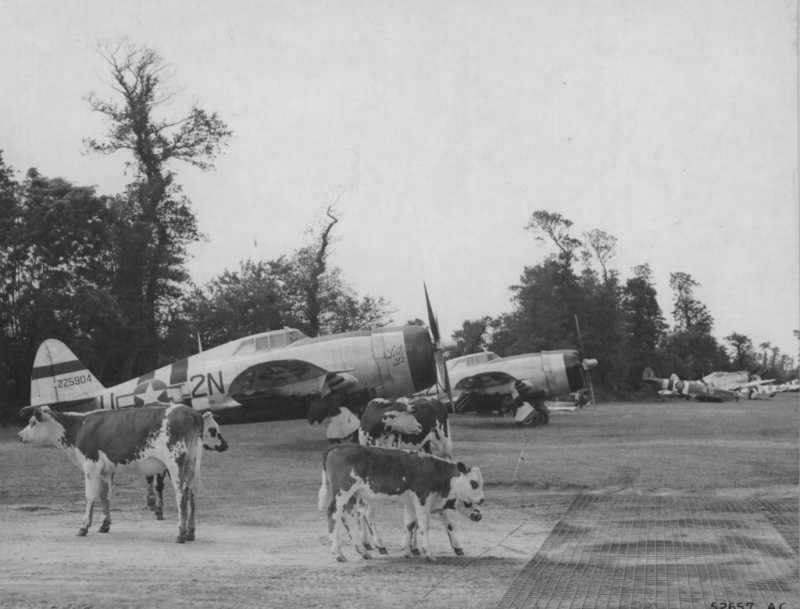 P-47D 42-25904 "Lethal Liz II" of the 81 FS, 50 FG (coded 2N-U) is met with passing interest by the local livestock at Carentan airfield (A-10), France. Noteworthy is the presence of a RAF Spitfire on its belly in the background (warbird-central.com). 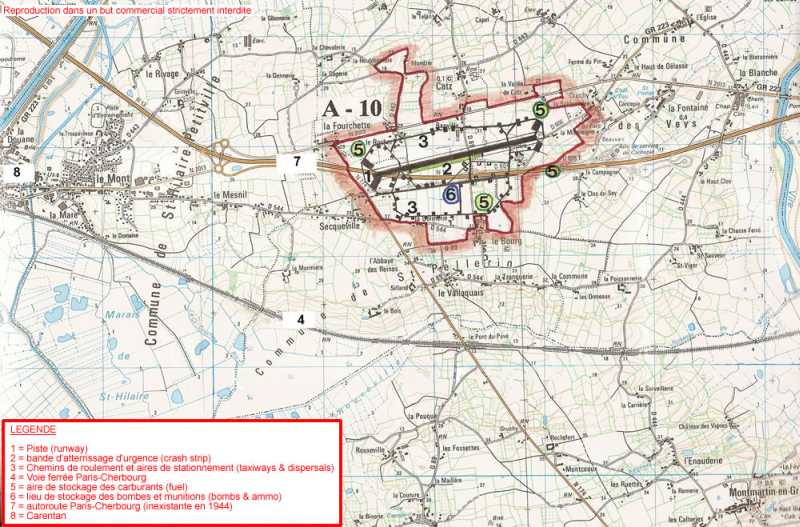 The location and layout of Carentan airfield projected on a map depicting todays roads (6juin1944.com).

The location close to Carentan and the junction with two major roads in the region meant that Carentan remained in service for some more time. Many aircraft visited the airfield and the terrain was not returned to the original owners until November 1944. 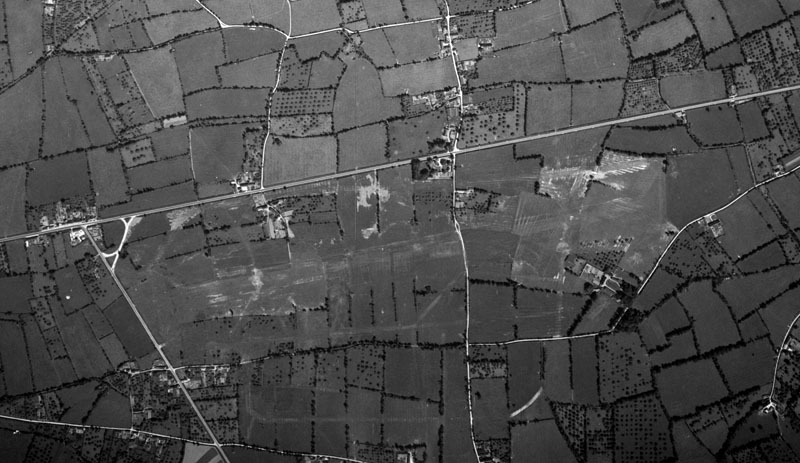 Carentan was still recognisable from the air in 1947(IGN).

Today, nothing remains of the airfield. Part of it was dug under when the E-3/E-46 highway was built. The western end of the runway used to be where the E-3 and E-46 merge and continued just north of the E-46. It's location is still recognisable today, as the famous Normany hedges are still missing in the landcape halfway between Saint-Pellerin and Catz. 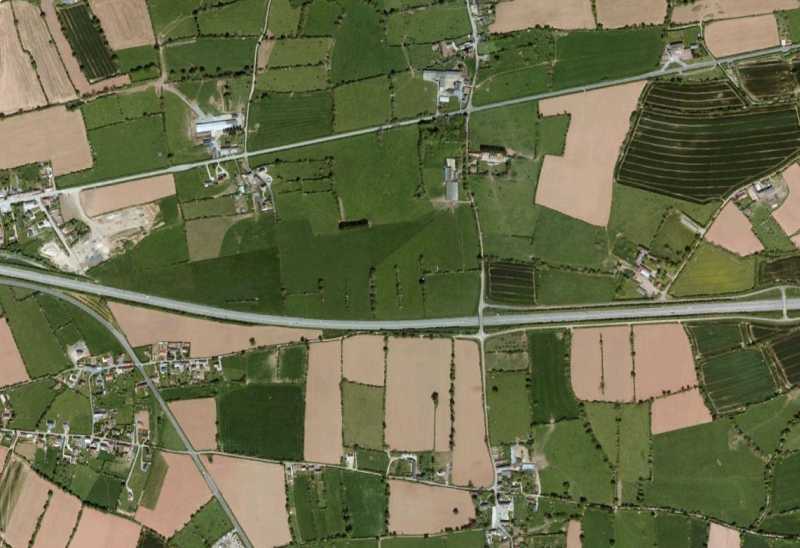 The location of the airstrip in 2007. If you do not know what to look for you would never recognise the former airfield (Google Earth). 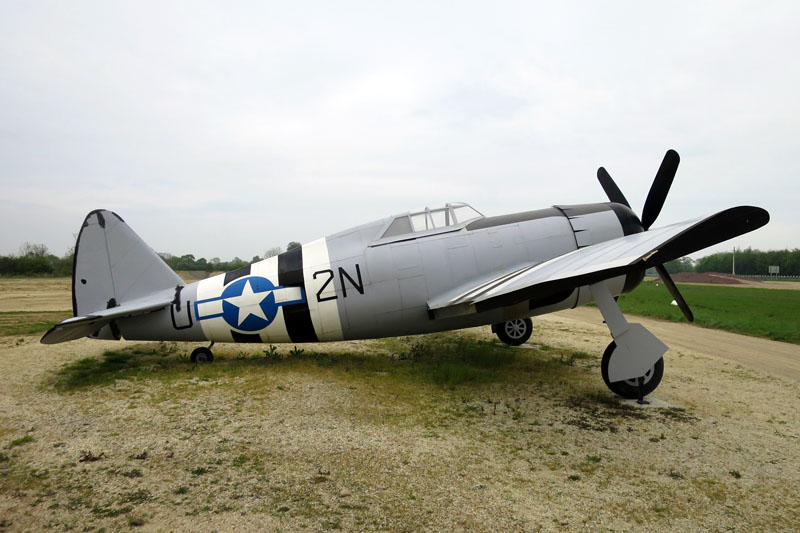 In May 2019, I received this photo, taken at Carentan, from GerbenH. It shows a replica P-47D 'Razorback', placed at the location in honour of the brave men who operated from here.