Cark airfield (RAF Cark) was an airfield 350 kilometer northwest of London.
The airfield was constructed on a site that had been considered for a possible airship factory in 1916. Preparation work totalling almost as much as £ 800,000 (in 1916 Pound Sterling!) had already taken place when the whole project was cancelled in 1917.
The World War II airfield was built as a standard fighter station and opened in 1941.
It featured a dispersal site on the east side (six pens, each for two aircraft)  and on the northwest side a single Bellman type hangar was built on the technical site. Later, it saw the addition of fourteen blister type hangars, to shield aircraft and aircrew from the rain and salty sea winds. Once the threat of invasion had receded, it was used by Flying Training Command, as a Staff Pilot Training Unit, and for Anti Aircraft gunnery training with aircraft such as the Fairey Battle and Avro Anson. The airfield was initially parented by RAF Millom, but from the summer of 1942 it became a self reliant station. The Staff Pilot Training Unit left in November 1942, but returned the following March. In 1944, gliders of the requisitioned Lakes Gliding Club were moved here from Walney airfield, to form 188 Gliding School, Air Training Corps. 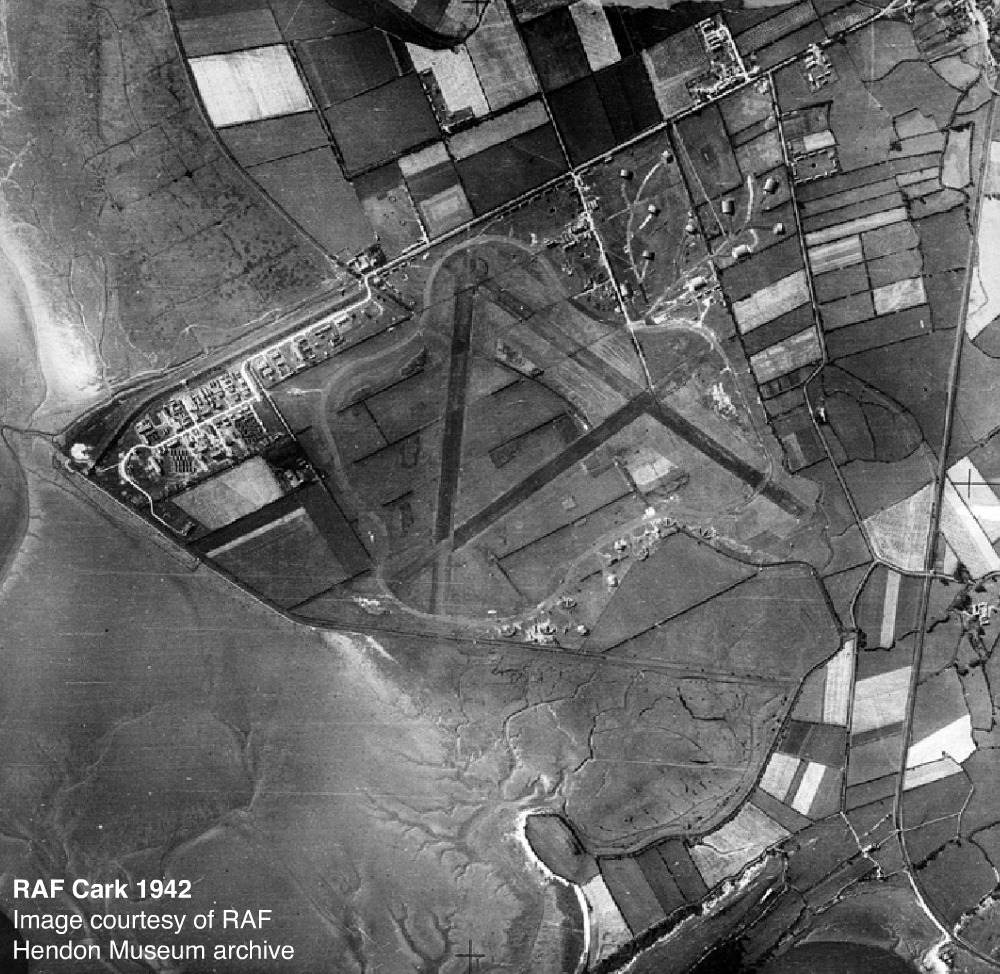 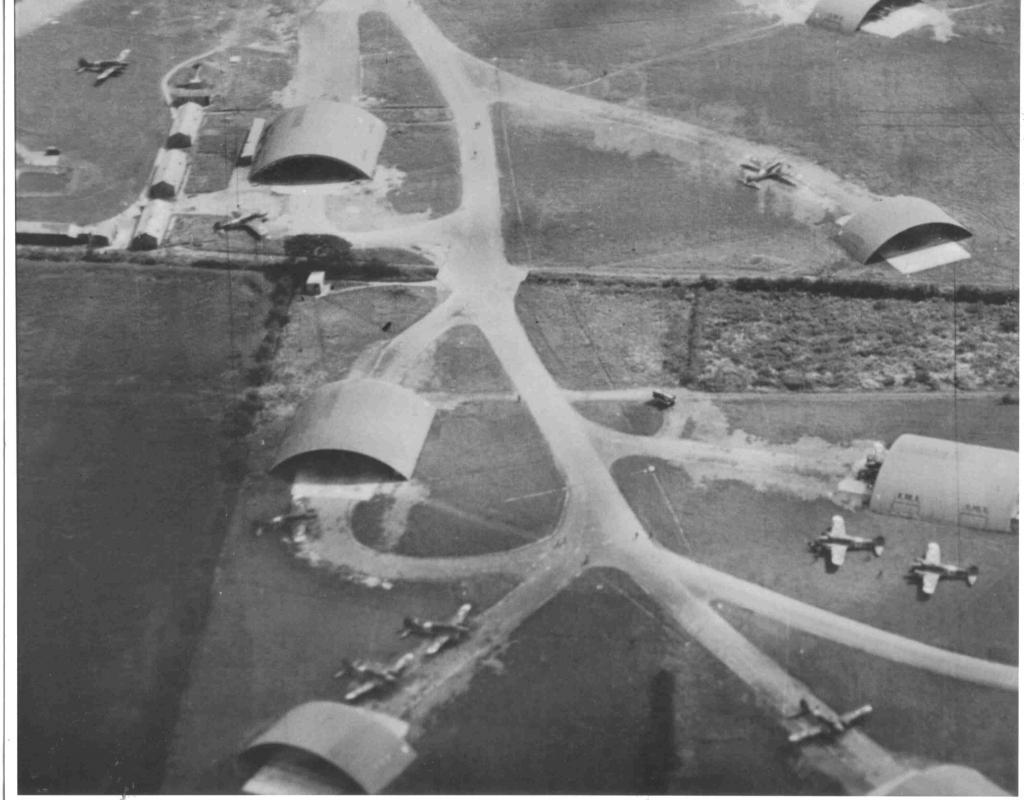 What we know today as the RAF Mountain Rescue Unit came here in 1944 from around the corner at RAF Millom, seeking out those aircraft which had crashed on the lakeland fells. It had started life in 1942, moving when flying training ceased.
Most flying units had already left or had been disbanded at war's end. The airfield did not close immediately, as the Staff Pilot Training Unit was still running. From October 1945 it also ran the Pilot-Navigation Instructors Course. And finally, 188 Gliding School also still used the base.
The Staff Pilot Training Unit and the Pilot-Navigation Instructors Course officially wound down on 31 Dec 1945. Still, the airfield did not fully close, as 188 Gliding School continued to use the airfield until May 1947.

Cark then closed and was sold off, but it re-opened later for private use, initially by the Lakes Gliding club, yet later by the North West Parachute Centre.
Most of the concrete and tarmac apron and runways still exist, albeit overgrown with grass in some locations. The control tower is now a private residence, but the original watch office is derelict. The original Bellman hangar still exists, but needs some serious maintenance. The blister hangars were removed a long time ago. Some remaining RAF huts are now used as workshops.

A parachutist decending to the airfield in 2005 (UKGA.com)