Cherbourg-Chantereyne air station (French: Aerodrome de Cherbourg-Chantereyne, also known as Base Aèronavale Cherbourg-Chantereyne) was an aerdrome In Cherbourgh, 300 kilometers west of Paris.
The airfield was opened in March 1917 as a naval base to facilitate patrols over the English Channel and the North Sea. Being a seaplane base it had no runways, but it did have many squadrons operating from its hangars. As such, it was one of the most important Aèronavale bases of the inter-war period. 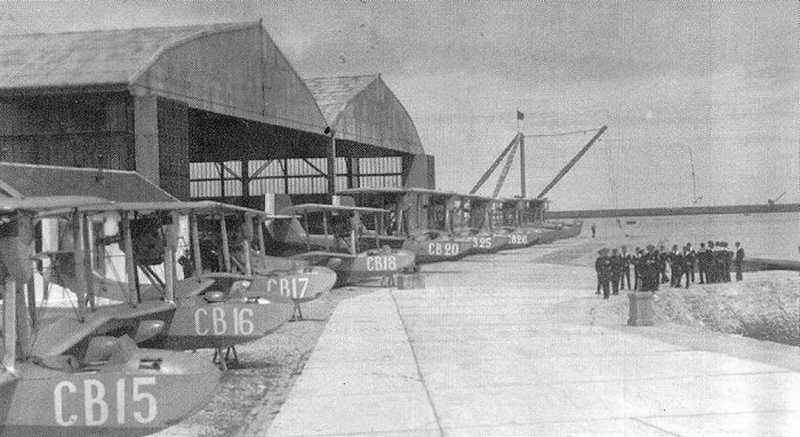 The airfield was taken over by the Germans after the Battle of France in June 1940. They flew He-59 patrol planes from the airfield. The Germans were driven out of Cherbourg after heavy fighting on 26 June 1944. The battle left much of Cherbourg and almost the complete air station in ruins. Inspection of the Base Aéronavale Cherbourg-Chantereyne by an Italian Amiral accompanied by German Rear-Admiral Rieve. Seaplanes can be seen floating in the background. The wheels on the dock are to bring the aircraft into the hangars. (coll. Alain Chazette, via Michel Le Querrec, on Flickr). 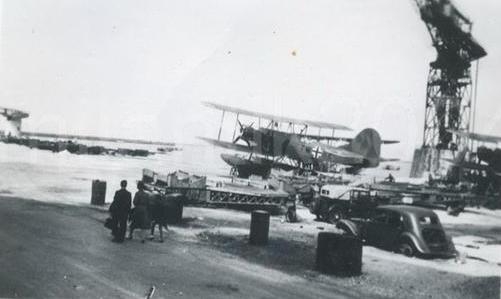 A German Heinkel He59 on the dock at Cherbourg-Chantereyne (Atlanticwall). Impression of the damage done to Cherbourg-Chantereyne, as seen in August 1944 (PhotosNormandie, on Flickr).

The Cherbourg air station was never rebuilt. Today the area is part of the Cherbourg Naval port and a large marina. 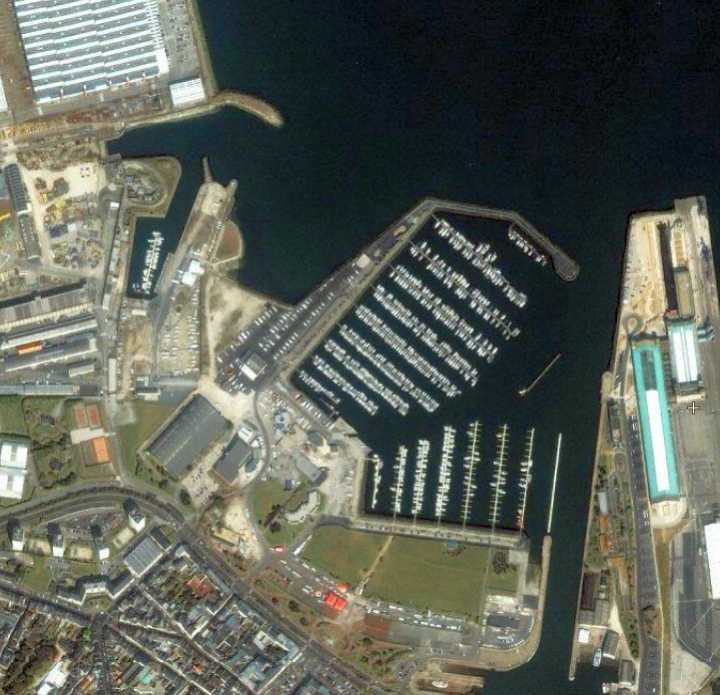