Chernigov air base (Чернигов аэродрома, also known as Cherenihiv air base) was an airfield 135 kilometers northeast of Kiev.
The airfield was built by the Soviets in 1940. It opened as the Chernigov Military Aviation School of Pilots on 6 November 1940. On 17 July 1941 it was briefly renamed Zernograd Military Aviation School of Pilots, but it was reverted back to its old name on 21 October. The airfield was awarded the Red Banner on 5 December 1944. In September 1945 it has five squadrons assigned, numbered 1-5. On 15 July 1946 the unit disbanded.

On 15 February 1951 the airfield was reformed as the 57th Military Aviation School of Pilots. In 1960 the School consisted of three Training Aviation Regiments (UAP), equipped with MiG-15s and Yak-18s since 1951. Two of the Regiments (701st and 702nd UAP) were stationed at Chernigov, while a third (703rd UAP) was stationed at Uman.
The school was renamed the Черниговское высшее военное авиационное училище летчиков (Chernigov Higher Military Aviation School of Pilots im. Leninist Komsomol (ChVVAUL) ) in 1963. That same year, the school converted to the MiG-21 'Fishbed'.
Only the 701st UAP converted to the MiG-23 'Flogger' in 1977.
In 1988 it was again only 701 UAP that converted to a newer mount: the Czechoslovakian L-39. According to the November 1990 CFE Treaty data exchange, the airfield had 101 L-39s and 136 MiG-21s.

When the USSR desintegrated, the airfield and its units were taken over by Ukraine on 1 January 1992. The flight school was disbanded on 30 November 1995. At some time after 2000 the air base was abandoned.

Although the basic airfield infrastructure is still intact, the airfield is in a serious state of disrepair. From photographic evidence found on line, tall grass is growing out of major cracks in the concrete runways, taxiways and platforms. The control tower is nothing more than an empty shell. The airfield has not changed much during the first decade of the 21st century however.

In 1966 Soviet kosmonaut Yuriy Romanenko served as an instructor with 702UAP at the air base. He went on to serve his country, making 3 space flights (totalling 430 days 18 hours 21 minutes and 30 seconds) and 4 space walks (totalling 10 hrs 16 minuts) until 1995, when he retired. His longest space flight was the third mission, on board the Soviet space station 'Mir', during which he made 3 space walks and flew 326 days, 11 hours, 37 minutes and 59 seconds.

The former air base in July 2007 (Google Earth) 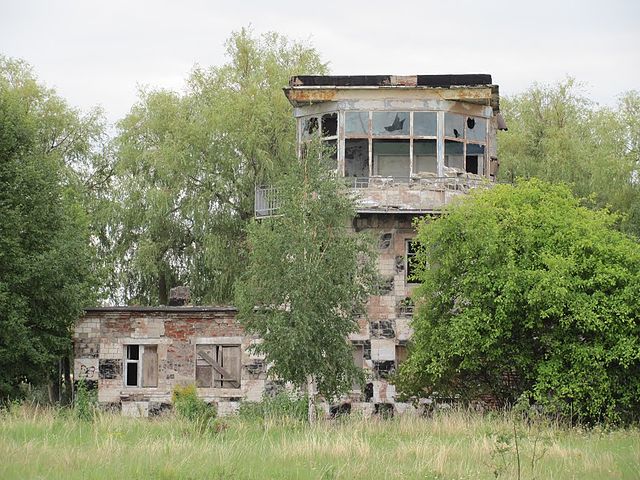 The former control tower in 2015. (wikipedia) 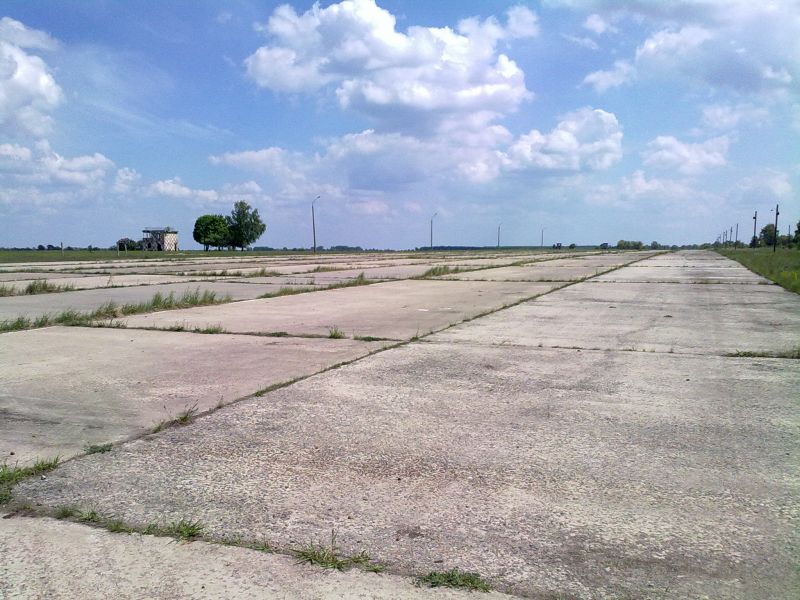 A deserted platform, clearly showing the amount of grass creeping up in the cracks of the concrete. 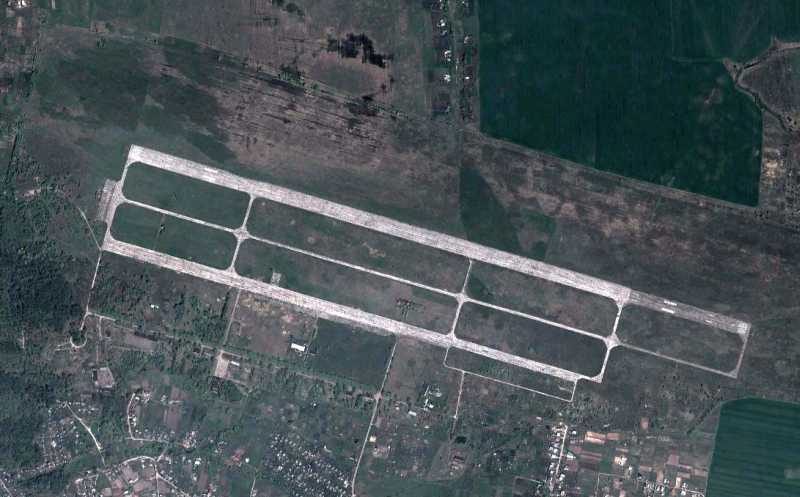 The former air base in April 2012 (Google Earth)