Chernigov-Shestovitsa airfield (Чернигов-Шестовица аэропорт, ICAO UKRR/UKKL) was an airfield 115 kilometers northeast of Kiev.
The airfield was built by the Soviet Union in the 1980s at a cost of 12 million dollars. From 1986 to 1994 it was possible to fly from Shestovitsa to Moscow (1 flight a day), Lviv, Odessa, Donetsk and Simferopol (1-2 times per week). Aircraft operating from it were An-24 and Yak-40, and the airport had its local Mi-2 transport helicopters and AN-2 airplanes. The region suffered badly from the Chernobyl disaster in 1986, only 75 kilometers to the west.

All aircraft and helicopters were sold in 2001 to a company called "Universal-Avia" and after this went bankrupt, it became the property of the company "Desna-Air". The airfield closed in 2002 because of financial difficulties. The terminal building was sold to Kiev company "Adilon", the airport itself was bought by the people of Kiev at the end of 2003. All the land on which the airport was located was owned by the municipality of Chernihiv. The lease of the land was not paid, because it was unclear who had to pay what.
By 2006 it had become uneconomical to restart the airport. Additionally, 400 meters of the main runway had been cut off to be used as aggregate, reducing its length to 200 meters. 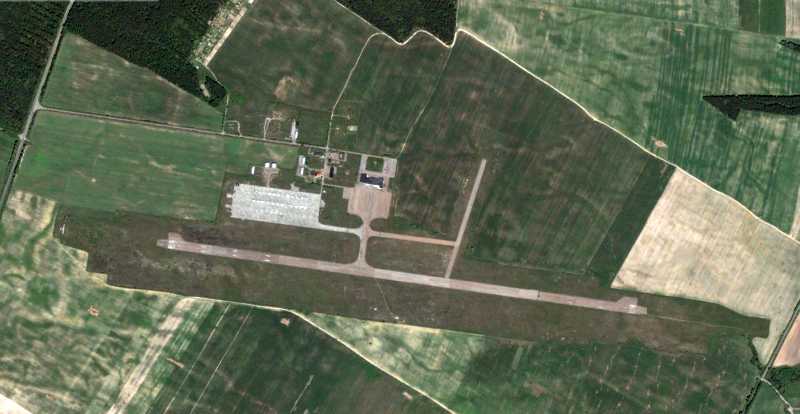 2003 photograph of the airfield, when there were still 20 An-2 aircraft and 4 helicopter hulks parked on the platform (Google Earth). 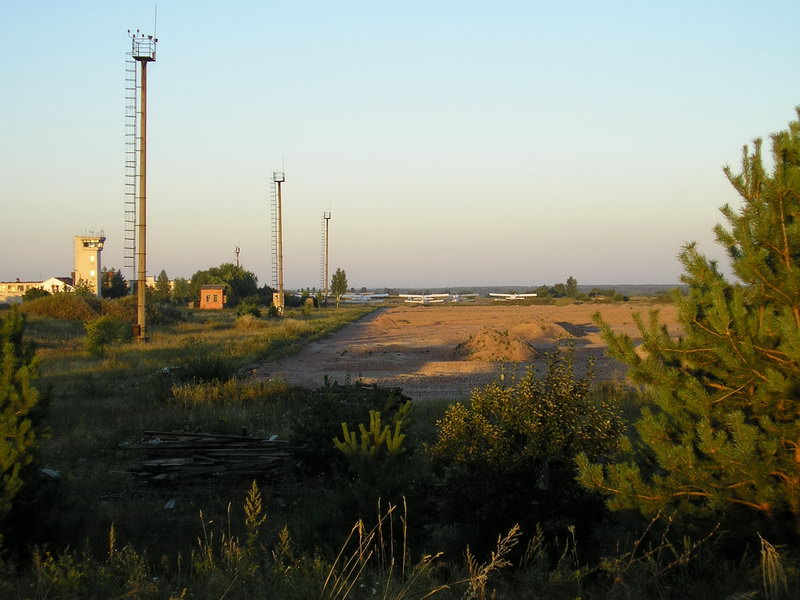 Ground view of the airfield, shot in 2005. The large platform had been removed, but there were still a number of An-2s parked at the airfield (Panoramio). 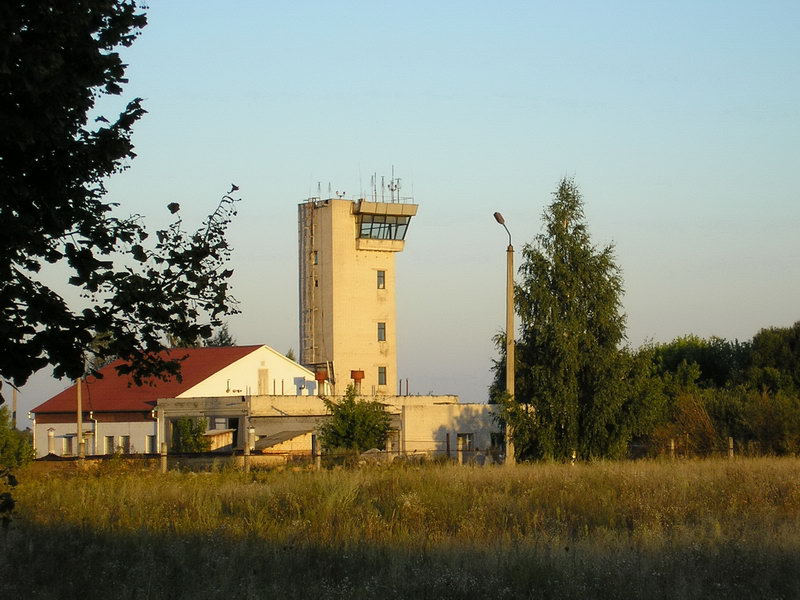 Still, by 2009 the airports permits were not withdrawn, but only suspended. The director of 'Daedalus', a Ukranian company that owned the airport was still willing to restart the airfield if the goverenment would provide some form of backing. But he also stated they would have to hurry, or he would begin dismantling the airfield for good. He needed aggregate to earn money to repay the loans to buy the airfield. Photos taken at the airfield in late 2011 showed the runway had completely been broken up, but at least the control tower was still standing.

The airfield in 2009, when 400m of runway had been removed on the east side of the airfield (Google Earth) 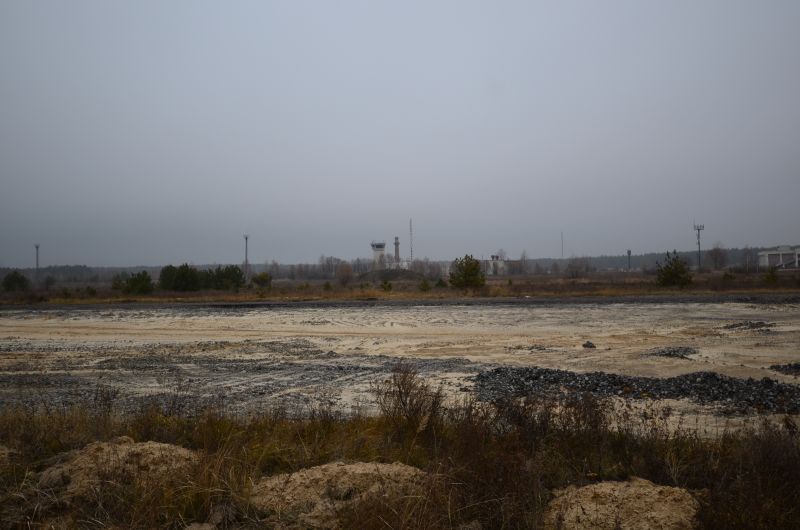 This Nov 2011 shows the runway was by now completely broken up, but in the distance the tower can still be seen (Panoramio).