Clifton airfield (also known as RAF Clifton, RAF York, RAF Rawcliffe, York Municipal Aerodrome and Clifton Moor airfield) was an airfield 280 kilometers north of London.
The airfield opened on 4 July 1936 as a civilian airfield, serving the city of York. The field actually had a longer history with aviation, as three years prior it had been used by an air circus, demonstrating the fields suitability for a commercial airfield. The grounds were bought by the York Corporation in 1934 with just that purpose in mind.
Before the outbreak of World War II, the airfield was managed by Yorkshire Air Services and Country Club Ltd. They ran a flying club and an air taxi service, but there were no scheduled flights. The airfield was taken over by the RAF at the outbreak of war in September 1939 and used as a relief landing ground for RAF Linton-on-Ouse. In December 1939 the airfield came under Army Co-operation Command. Westland Lysanders were stationed with 4 Sqn in August 1940.
In 1941 a complete RAF Station was built at the southeast side, and further in this direction living sites were built with accommodation for 500 personnel. Three concrete runways were built also, to facilitate a Halifax heavy bomber repair unit (No.48 Maintenance Unit) at the airfield. A major air strike by the Luftwaffe badly damaged the airfield in April 1942. 169 Army Co-operation Sqn and 613 Sqn became new units at the base in December 1942. The Fleet Air Arm used the airfield for two months (March and April) of 1943. The airfield was then transferred to RAF Fighter command, although 48MU remained on the base. 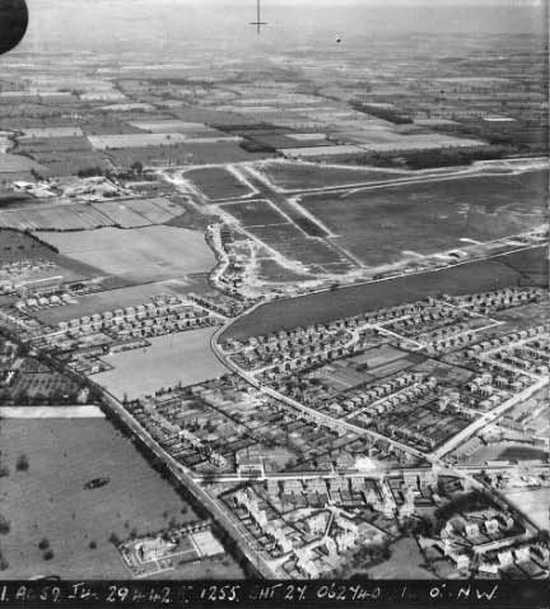 Overview of the airfield, believed to have been shot after the April '42 Luftwaffe raid (cliftonwithout-pc.org.uk).

After the war ended in May 1945, over half the remaining Halifax bombers were flown in from all over the country. For the next two years, the main task of 48MU was to strip down these old war machines. At one time, a huge pile of metal -some 80 feet high- could be seen near Rawcliffe village. The RAF had already left the airfield (in 1946) when scrapping was done. The Air Ministry had not decommissioned the airfield however.
The airfield was again used by Yorkshire Aviation Services, but high rents to the Ministry closed the aeroclub in the early 1950's. After a period of disuse, the site was sold by York Corporation for housing development. By the late 1980s most of the airfield buildings had disappeared, but the runways still remained. The airfield is now covered by the Clifton Moor Retail Park and a housing estate. 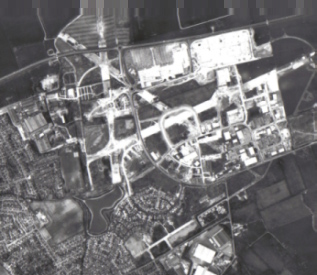 The remains of RAF Clifton in the 1980s

The airfield is not completely gone however. Until at least 2007 at least 3 sections of the former airfield remained. To the north, two sections of runway and their connecting taxi tracks still existed near the roundabout to Clifton Moor Gate in the A1237. Another section of runway (with taxi track) existed south of the A1237 roundabout to Wigginton Road. The third section was a group of hangars standing on what was the south side of the former airfield. These had been in use to store grain, but were torn down in the spring of 2009. 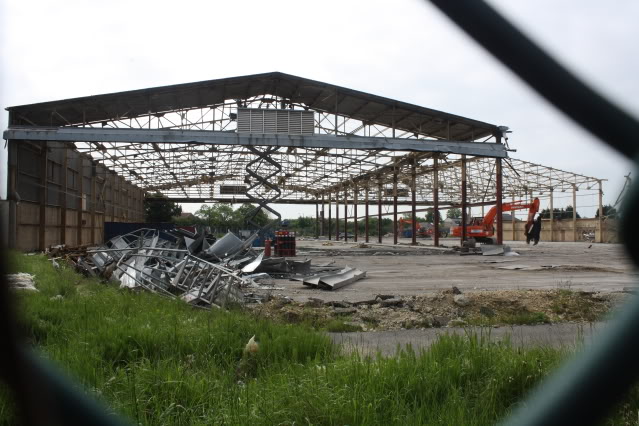 Tearing down of the hangars in May 2009 (forums.airshows.co.uk). 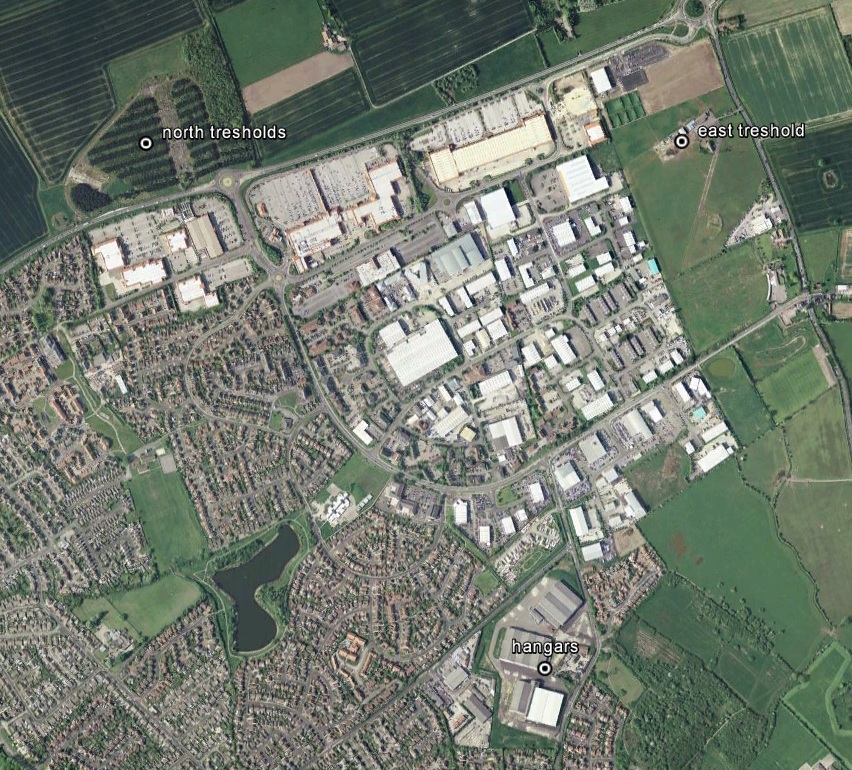 Overview of Clifton in 2007 (Google Earth)