Colmar Sud airfield (english: Colmar South airfield, also known as aérodrome Colmar Sainte Croix) was an airfield 380 kilometers east of Paris.
The airfield appeared in 1920 on a list of "military aviation centers with landing field" on which commercial aircraft could land. Its dimensions as published by the Bulletin de la Navigation Aérienne (900x1250m) were those of the entire military terrain. n reality, its size was reduced to the actual landing area (600x600m). In 1926 it was delineated by a green line on the map when the lands were designated as a "possibly used maneuvering field".

Maintaining these same dimensions, it would recover in the next issue of the BNA as an emergency landing ground, and later that of aerodrome of the French Air Force. It would retain that status until World War II, although its characteristics are unknown. It remained in this state during the German occupation. It was preferred by the Allies to the terrain of Colmar-Nord, whose fate would be closely associated with his after the liberation.

Studies carried out under the aeronautical equipment plan for the Colmar region clearly established as early as 1947, the clear superiority of the Sainte-Croix terrain over that of Houssen. However, the Army expressed the same preference for training its troops. For some time it seemed that the blockage resulting from this convergence of interests could be overcome when, in a hurry to dispose of its aerodrome, the city of Colmar authorized the Army to use the terrain without limitation for its exercises.
Conserving the 47 hectares that made up the north-western part of the terrain, the Defense Department was willing to abandon the 57-hectare, all-inclusive, southeastern ridge in exchange.
The incompatibility of developing an aerodrome on the site of Sainte-Croix according to NATO standards, compared to a new air base in Meyenheim would mean Colmar-Nord woud regain its aeronautical destination.

No photos of the airfield when open were found, due to the military destination. 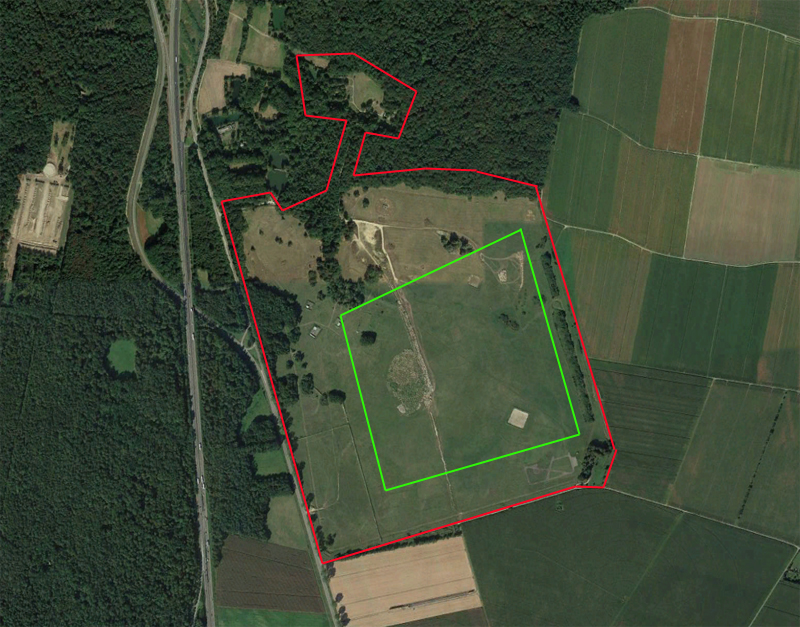 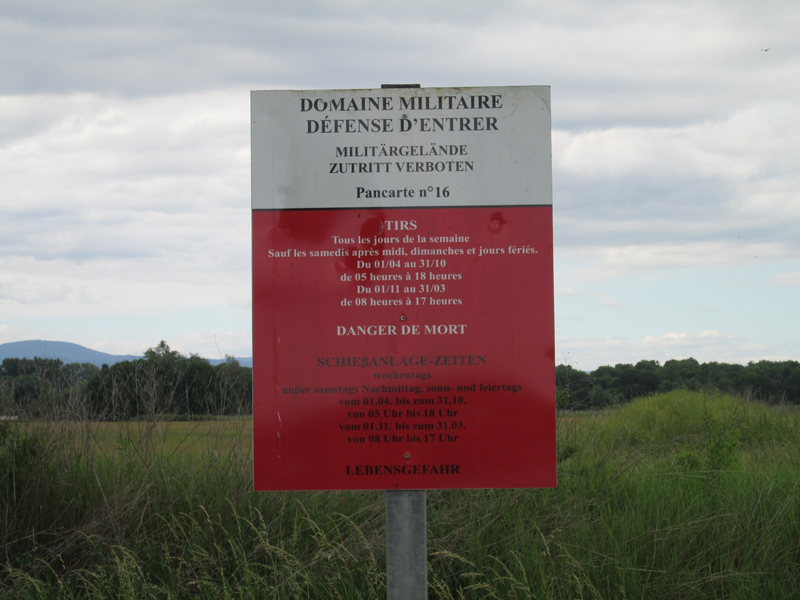 In June 2017, the airfield was still property of the French army, as this picture shows (Olivier at forgottenairfields.com) 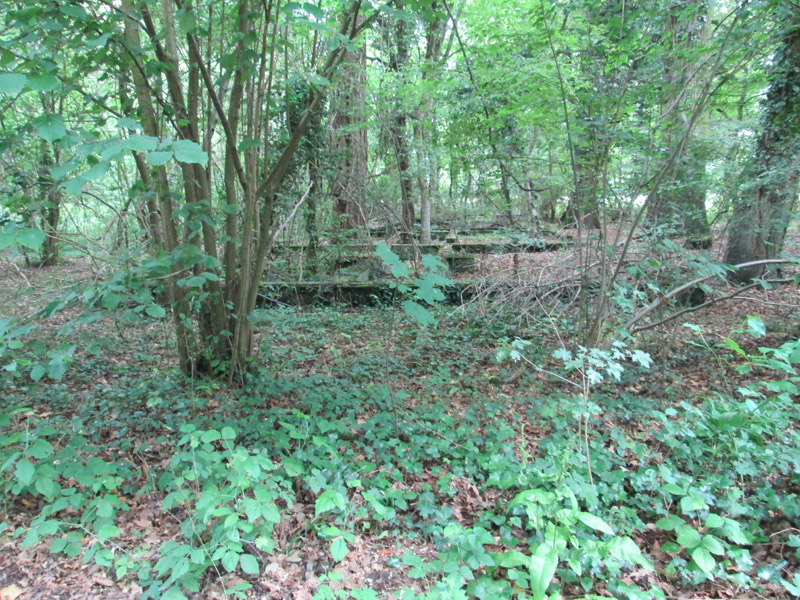 Some of the ruins in the north of the airfield in June 2017 (Olivier at forgottenairfields.com) 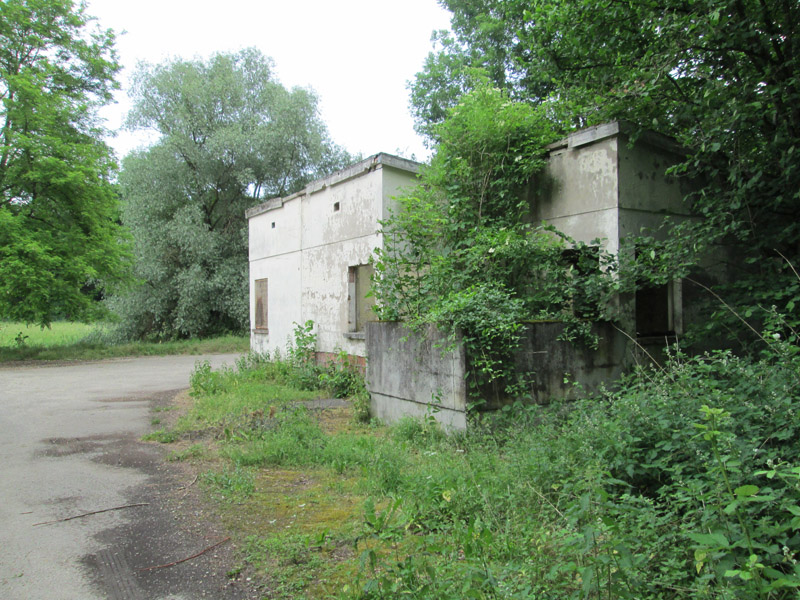 In June 2017, the former military access control of the military area still existed (Olivier at forgottenairfields.com) 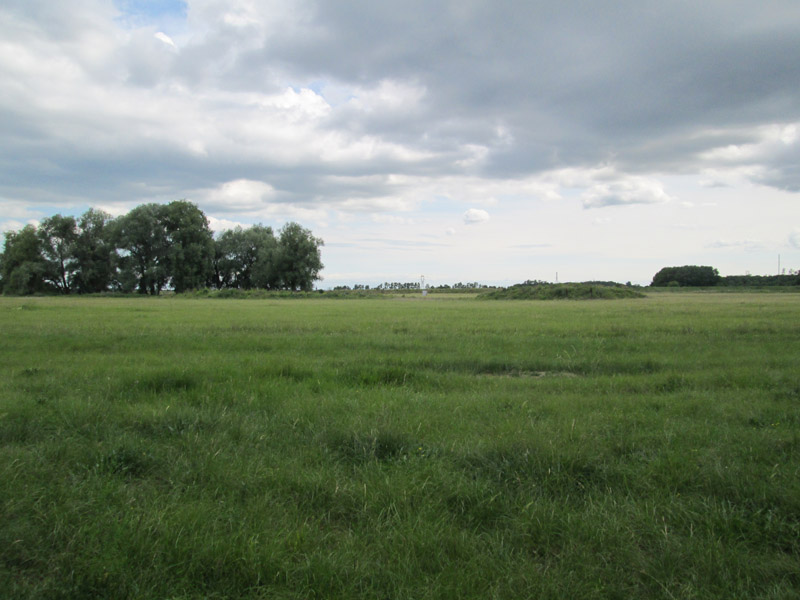 View from the north in June 2017 (Olivier at forgottenairfields.com) 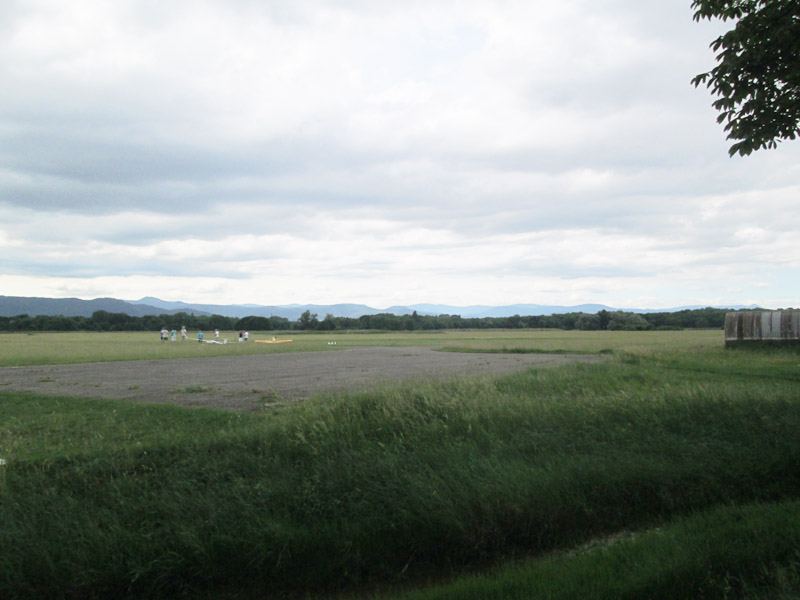 View from the south in June 2017  (Olivier at forgottenairfields.com)

In June 2017, Olivier paid a visit to Colmar Sud to document what is left. While the Armée de l'Air had left a long time ago, he found that aviation activity was still alive on the airfield, which is being used by a local aeromodelling club.
(research by Olivier)