Air field Conches-en-Ouche (french: Aèrodrome Conches-en-Ouche, German: Fliegerhorst Conches-en-Ouche) was an airfield 100 kilometers west of Paris, France.
The airfield was built between 1941 and 1943 by about 4000 French, Spanish, Polish and Italian workers.
When it was finished it was used by I.Gruppe/Jagdgeschwader2 (I./JG2), 8.Gruppe/Jagdgeschwader2 (8./JG2) and III./Schlachtgeschwader4 (III./SG4).
The airfield fell into Allied hands in the summer of 1944, but it is not known what happened after that.
After the war the airfield was closed.
It remained virtually complete until at least 1973 however. 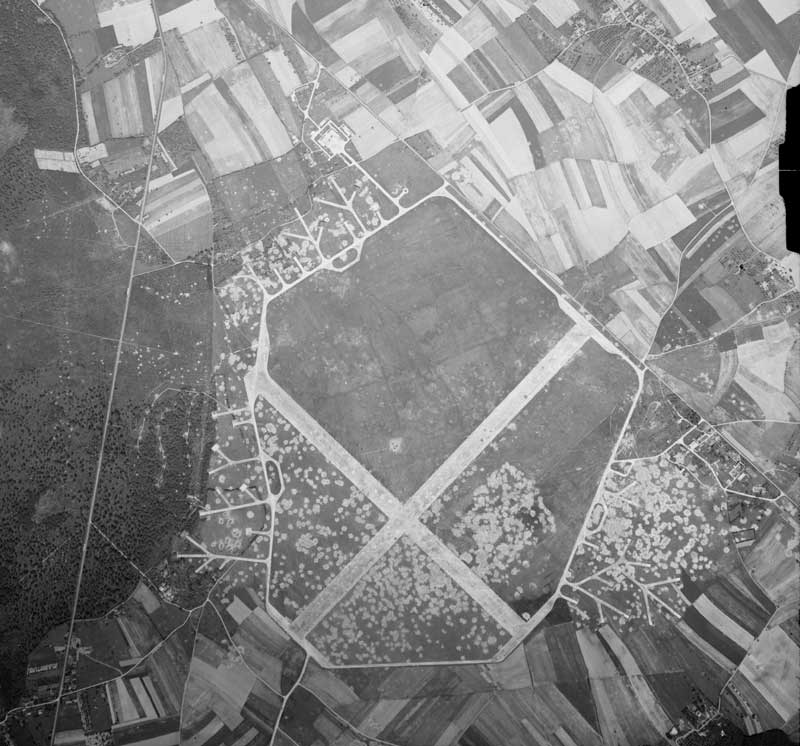 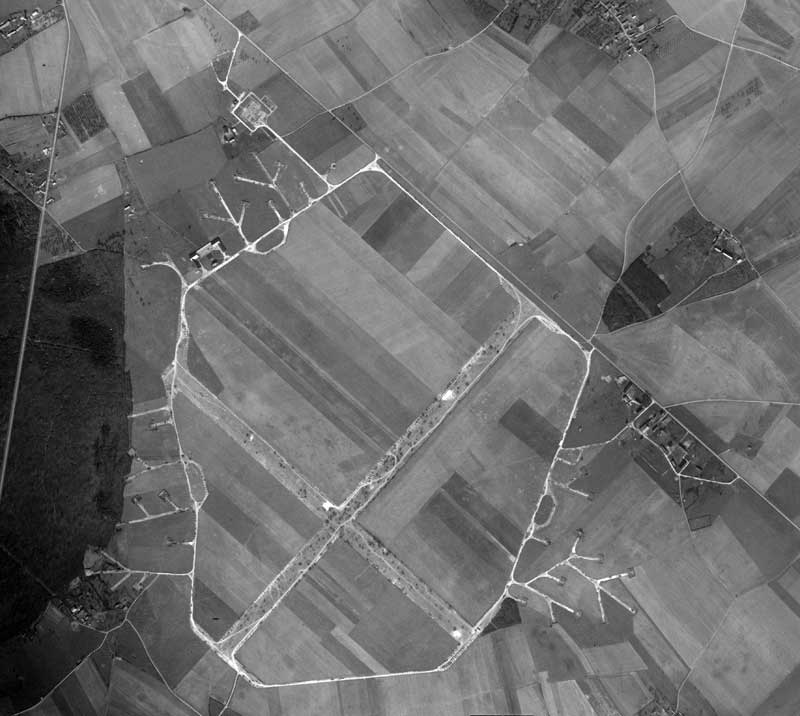 Most of the airfield had been returned to agricultural use by 1963, althouth the runways, taxitracks and dispersals had remained virtually intact (IGN). 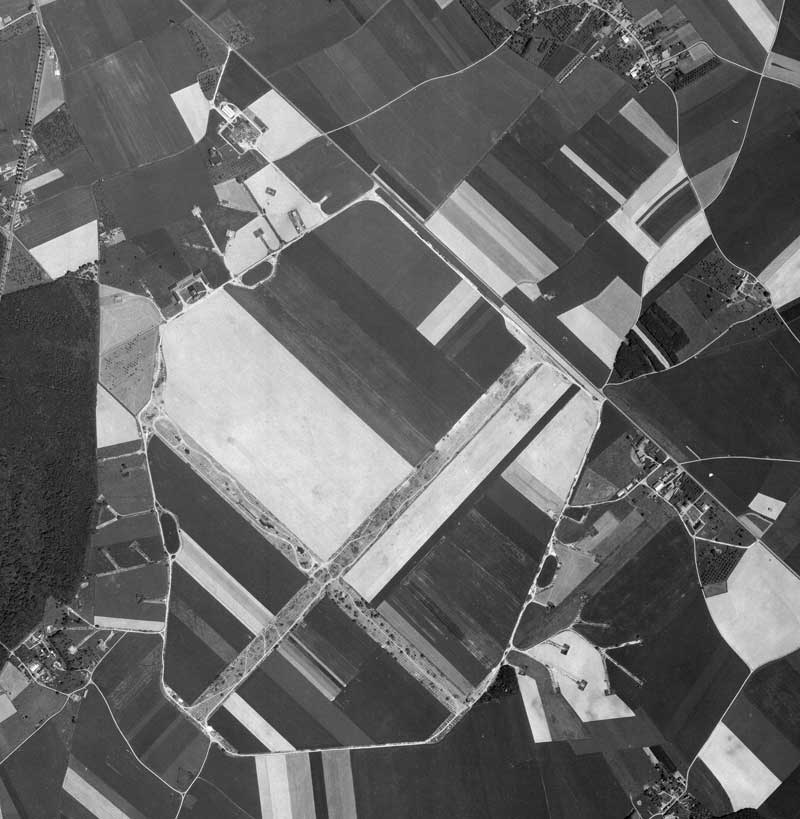 Although weeds were growing abundantly at the airfield in 1973, it was still basically intact (IGN). 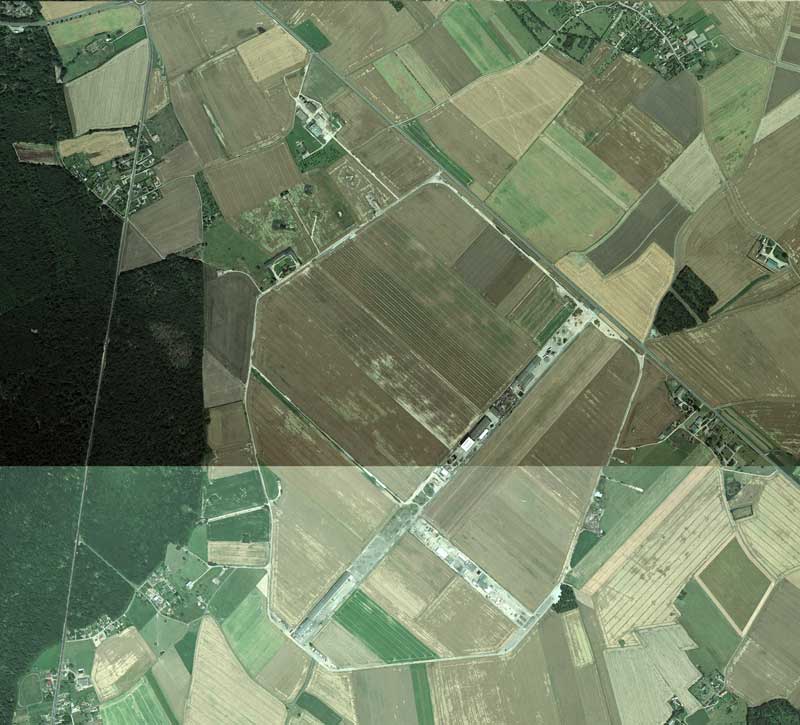 Composite image of two IGN photos taken in 2000. One of the runways had been severely clipped since the 1973 above was taken and a building and a business had been set up on the remaining runway (IGN).

From the air the airfield is still recognisable. Its runway has been covered with buildings of commercial enterprises though. The surrounding lands were returned to agricultural land. A very striking feature are the dispersals, which all seem to have survived. 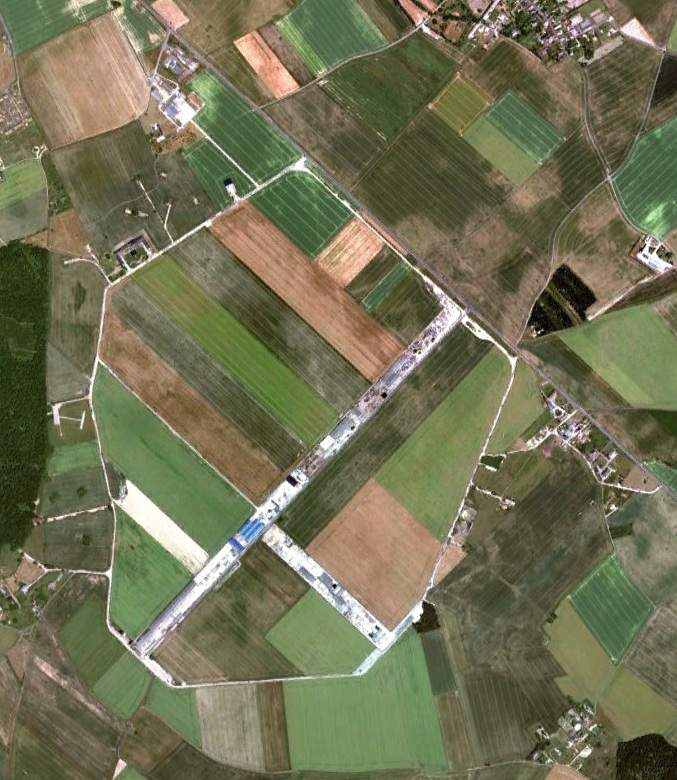