Coursac airfield (ICAO: LF2424) was a private airfield 445 kilometers south-west of Paris.
This aerodrome was a private runway throughout its existence. Although the owner was contacted by telephone, he did not wish to communicate about its origins. It did not exist in aerial photography before 1970 though, so it was likely built in the later years of the 1960s. 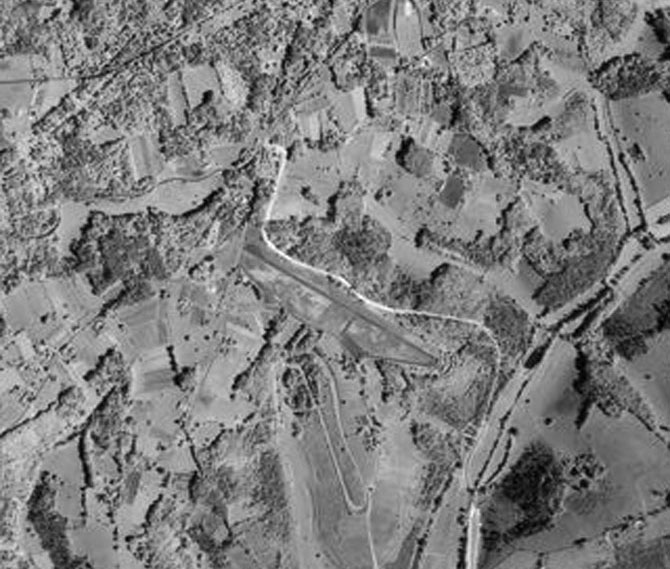 1970 - first aerial view of the airfield as found on Geoportail (remonterletemps.fr). 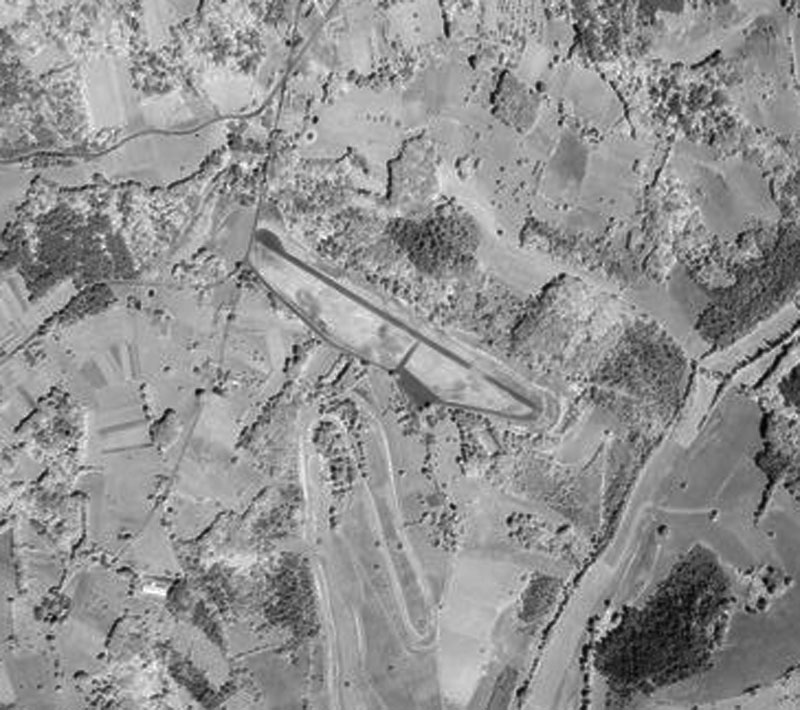 1976 - nothing has changed since the last photo (remonterletemps.fr). 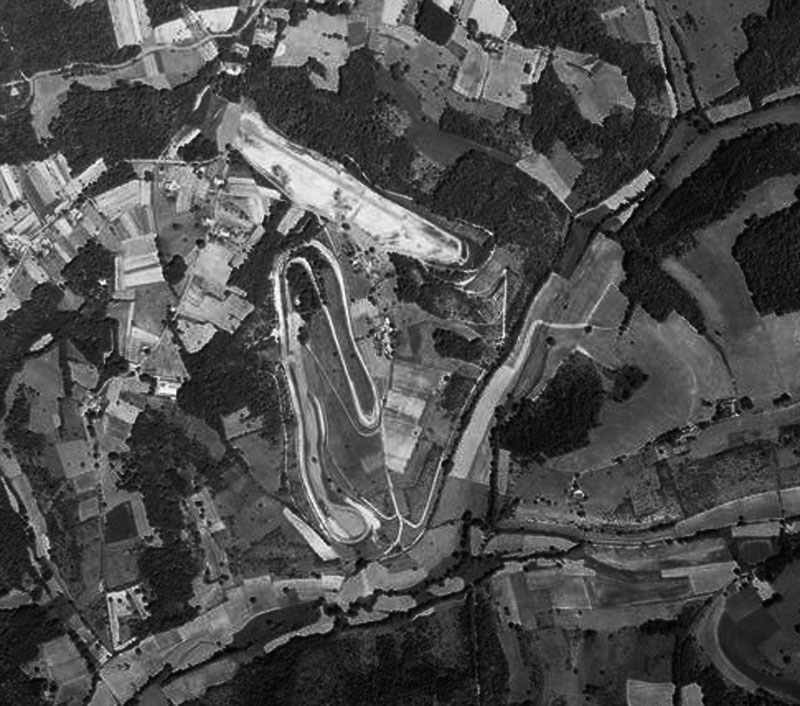 1979 - houses are appearing along the road passing near the 12 threshold (remonterletemps.fr). 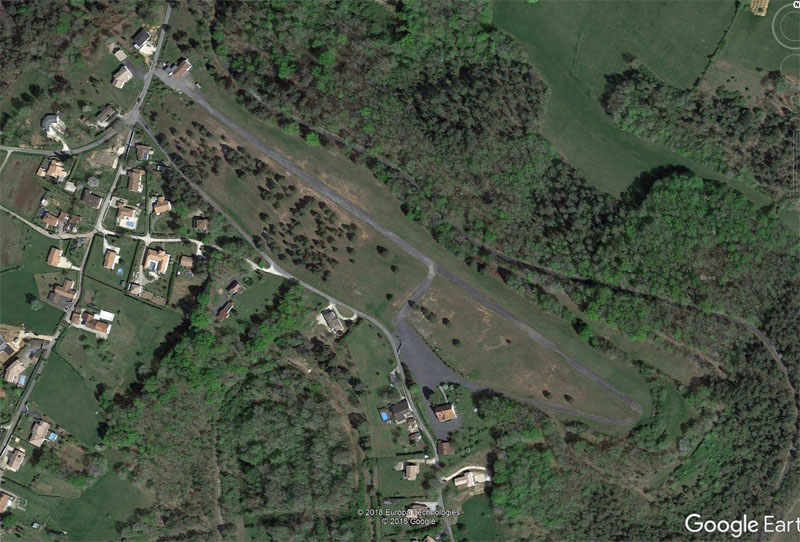 By 2017 the aerodrome was now closed. A big house was built on the threshold of RWY 12 (Google Earth). 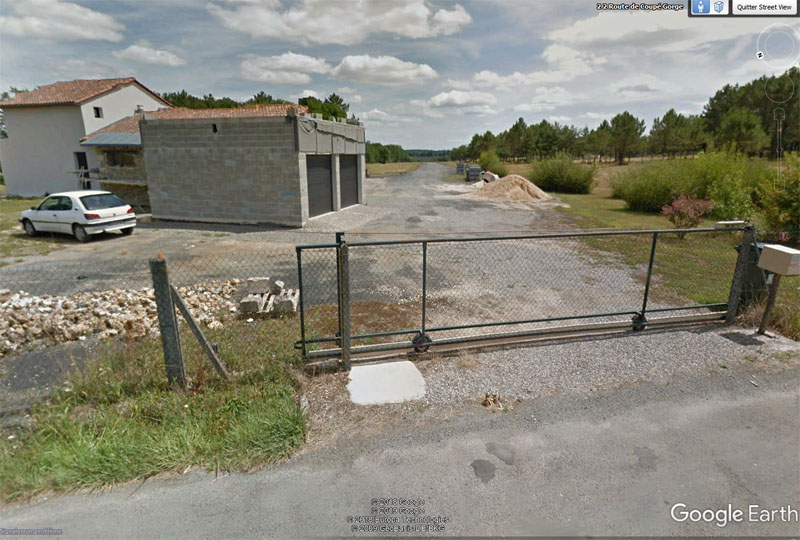 2017 - photo of the runway seen from heading 12. We see on the left the house that makes any traffic impossible. (Google Streetview)