The Cranage site was chosen for use as a training station and aircraft maintenance unit in August 1939. It was a grass airfield with three runways. Unusually, the airfield had no less than eight hangars for maintenance use.
A Vickers-Armstrongs shadow factory assembling Wellington bombers was situated at Byley, south and close to the airfield. Completed aircraft would be towed from the factory to the airfield for their first flight and onward delivery.
The first flying unit was No. 2 School of Air Navigation (2 SoAN) which was formed on 21 October 1940 and operated twin-engined Avro Ansons as Navigation trainers.
As well as the training role, from December 1940 the airfield also housed an operational squadron with the formation of 96 Squadron, equipped with Hawker Hurricanes. 96 Squadron operated in the night air-defence role, mainly in the protection of the industrial and port areas of Liverpool. 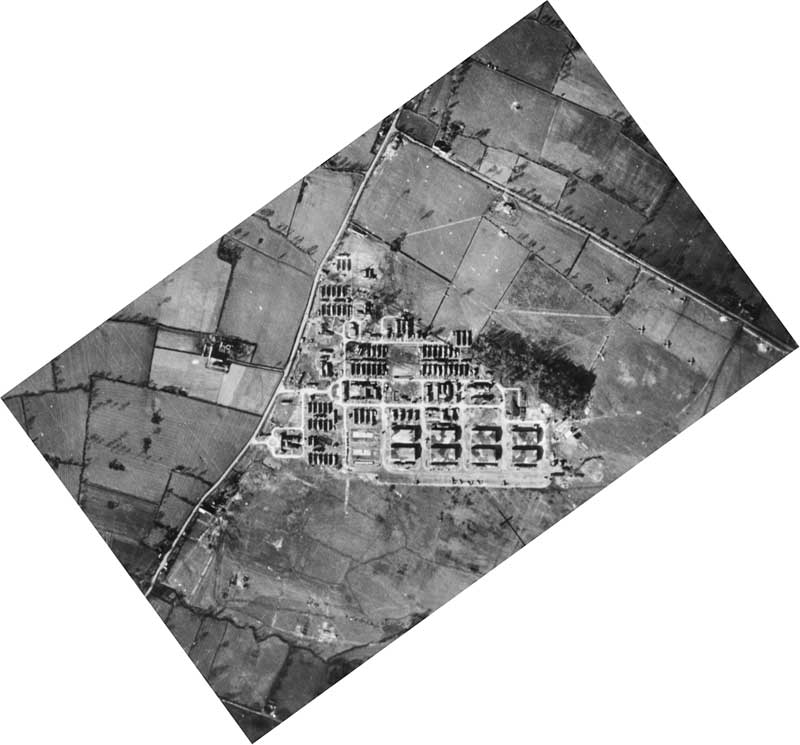 March 1941 photo of RAF Cranage. notice the 8 large hangars and aircraft in front of them. Northeast of the logistics site at least 6 Hurricane sized aircraft can be seen (photo via RAFCranage.org.uk, rotated to the proper north by RonaldV)

In 1942, 2 SoAN was renamed the Central Navigation School (CNS) and the number of Ansons on strength was increased to 58.
In July 1942 1531 Flight was formed as a Beam Approach Training Flight using the Airspeed Oxford. Aircrew were taught the techniques of the-then new airfield approach aid.
In 1944, the CNS Anson navigation trainers were joined  by a number of Vickers Wellingtons in the same role. in February the Central Navigation School moved out to RAF Shawbury. Cranage, with it large and now empty hangars became the home of the Repair and Inspection Squadron of Servicing Wing.
Also in 1944, 14 Liaison Flight, a United States Army Air Forces unit operating Stinson L-4 Sentinels, also began working from the site. Another resident at the airfield is a Stinson L-9, the personal aircraft of General George Patton, who was based nearby at Peover Hall while he prepared for Operation Overlord and the Normandy landings.

On 8 February 1945,  RAF Cranage was withdrawn from use as a satellite for other airfields.
On 29 May 1945, 1531 Beam Approach Training (BAT) Flight was disbanded. This left Cranage without aircraft of it’s own for the first time in five years. The airfield closed and large X's were painted on the ends of the runways to indicate that the airfield was closed. The only flying that remained were 190 Flying School Cadet Mk.I gliders, which were towed into the air by redundant balloon winches. 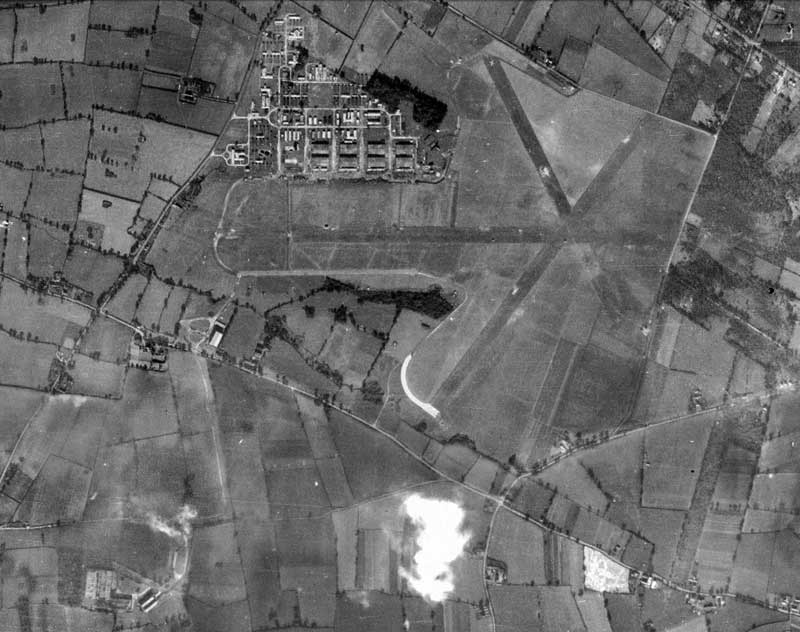 RAF Cranage after the war ended in 1945. X's, marking the closure of the airfields runways can be recognised. Also visible, in the lower left corner is the Vickers-Armstrong factory and the road to the airfield. Just before the road enters the airfield, another hangar/shed can be seen. This is where V-A readied their aircraft before delivery to the RAF (Google Earth) 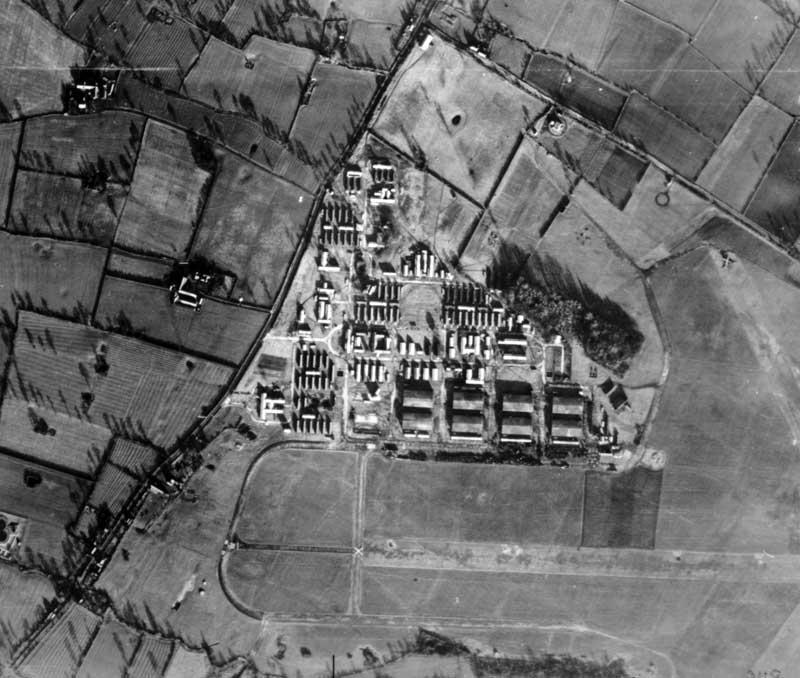 RAF Cranage postwar. the PSP runways had not been removed yet and large X-markings could be found at the beginning of all runways to indicate they were closed. Although the image source claims this photo from 1947, I believe it is a 1945 photo, as the runways are still clearly visible (photo via RAFCranage.org.uk).

In June the main site was taken over by 4 Aircrew Holding Unit, whose job was to house families of RAF personnel while the RAF scaled down from its wartime size to a much smaller peacetime operation.
From September large amounts of surplus stock were brought in and stored at Cranage and the V-A factory at Byley. Cranage thus became one of several airfields around Cheshire used by 61 Maintenance Unit (61MU) to store massive amounts of equipment. 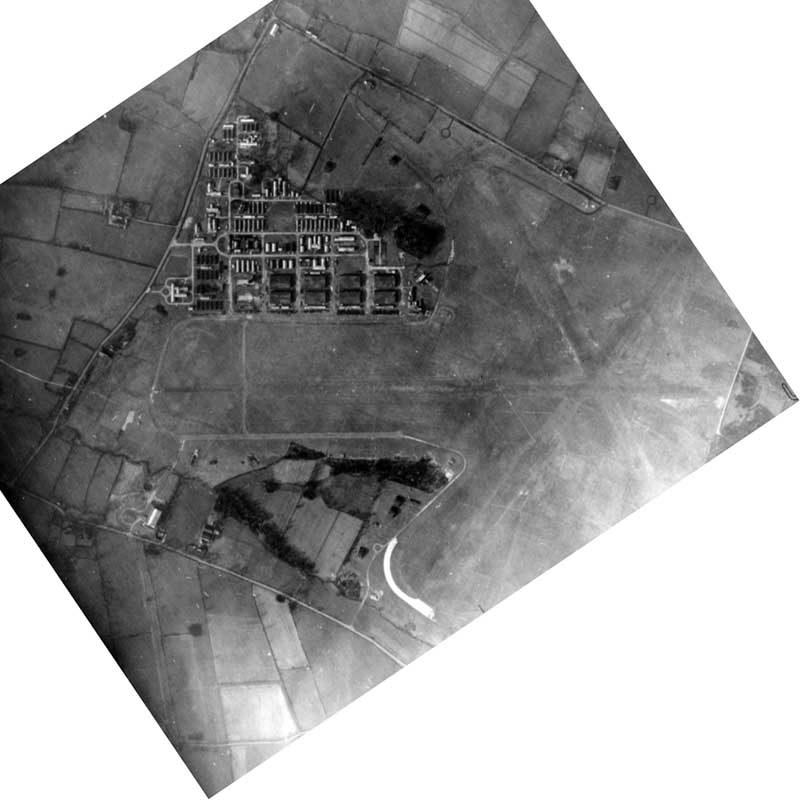 March 1946 photo of RAF Cranage. Although still recognisable, the steel planking had already been removed from the runways (photo via RAFCranage.org.uk, rotated to the proper north by RonaldV).
The 190 Gliding School operated its gliders from the site for only two years. With their departure to RAF Woodvale, all flying ceased at Cranage. In December 1954, the airfields storage site transferred to the USAF as a satellite for their site at RAF Burtonwood. As a USAF satellite station, it was home to a detachment of 7493 (IG) Special Investigations Wing and 7523 Support Squadron. The airfield remained in use for storage and maintenance until it closed in December 1957, although it had already stopped being an RAF station on 1 July. The hangars were dismantled and sold in the late 1950s. 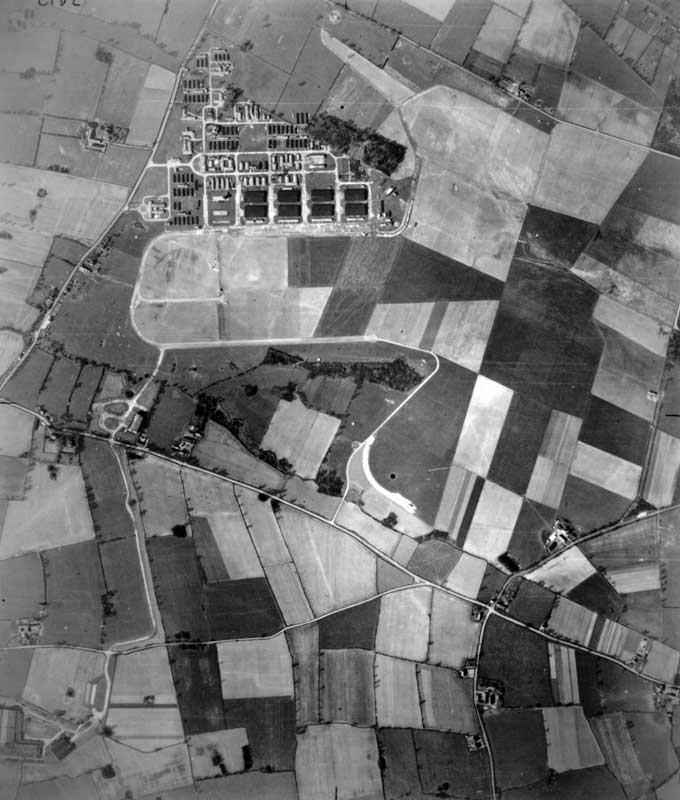 RAF Cranage 1953. Clearly visible in this photo is the track from the Vickers-Armstrong factory to the airfield. Also easy to recognise is that agriculture reclaimed the airfield very quickly! (photo via RAFCranage.org.uk). 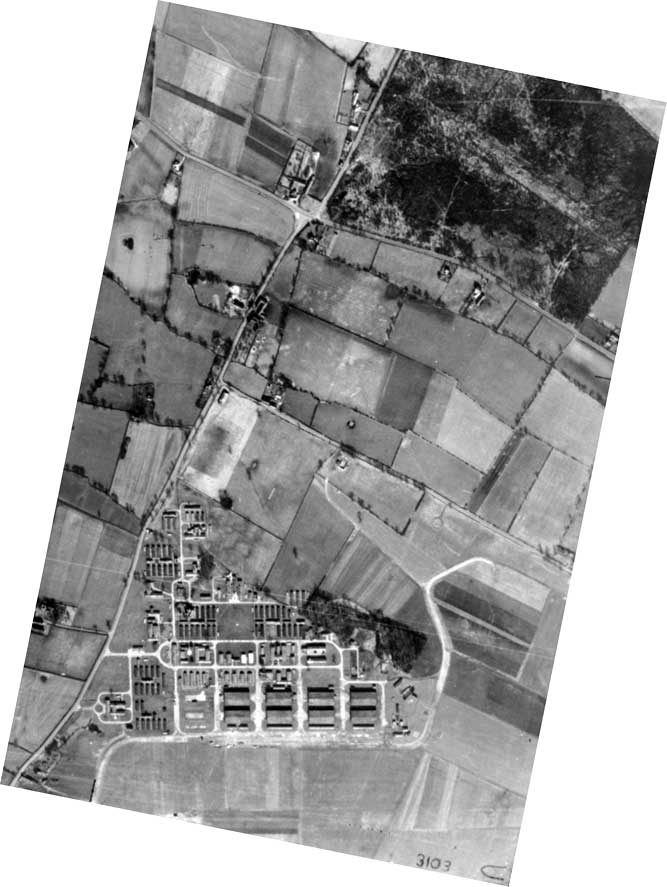 RAF Cranage while it was under USAF command in 1955  (photo via RAFCranage.org.uk, rotated to the proper north by RonaldV).

Today, some airfield remains, such as the Vickers-Amstrong factory and parts of the taxiways still exist. Until at least 2005 the streets of the logistics site of Cranage also still existed. The site has since been built over however. On the eastern site of the former airfield, the M6 motorway was built. 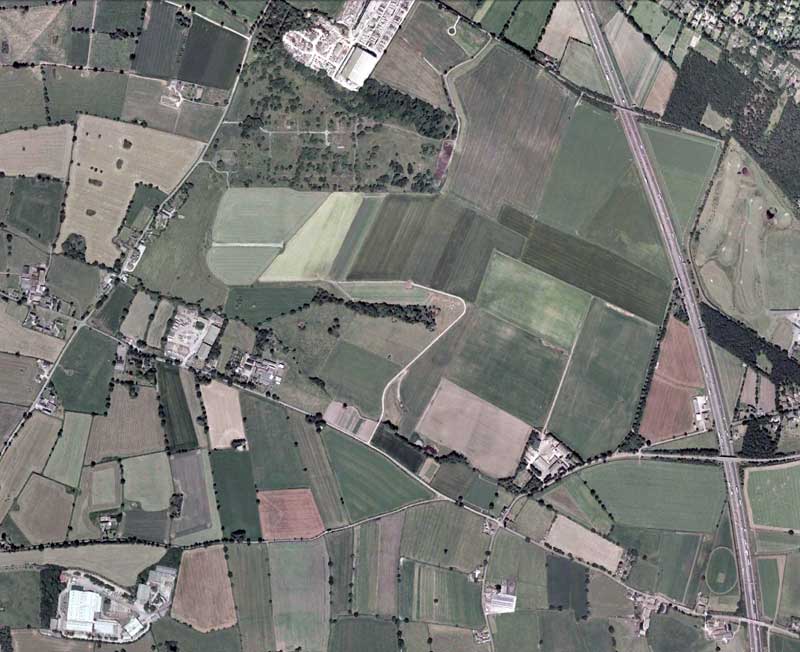 Cranage in 2005. The road system of the logistics site are still recognisable, as are the former Vickers-Armstrong facilities and small portions of the taxiways. Other than that, the site is pretty much unrecognisable (Google Earth) 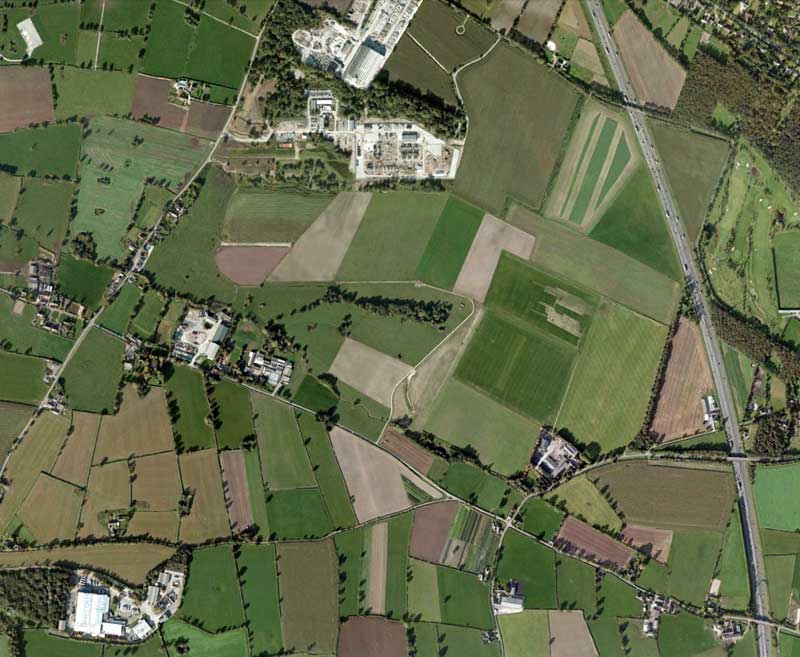 Cranage in 2010. The logistics site is now built over and unrecognisable, even from the air. (Google Earth)