Cretteville airfield (Advanced Landing Ground A-14 "Cretteville") was an Advanced Landing Ground north of the communities of Étainville and Picauville on the Cotentin peninsula in Normandy, France.
The airfield was built between 23 June and 4 July 1944 by the 819 Engineer Aviation Battalion. ALG A-14 was declared operational with 358FG on 4 July. 358FG consisted of 365FS - coded CH, 366FS - coded IA and 367FS - coded CP, all flying the P-47D Thunderbolt. Between 27 July and 15 August, 358 was joined by P-38Js of 393FS (367FG) squadron. On 15 August they were replaced with Thunderbolts of 406FG (512, 513 and 514FS).  The movements were the result of the sudden breakthrough near St. Lo, which triggered a lot of movements and reorganisations. 406FG was originally planned to use the former German airfield Lessay. However, destruction caused by departing Germans along with widespread mining of the airfield, meant that 406FG was instead sent to Cretteville. The group ultimately departed for Le Mans on 4 September and the airfield closed the following day. 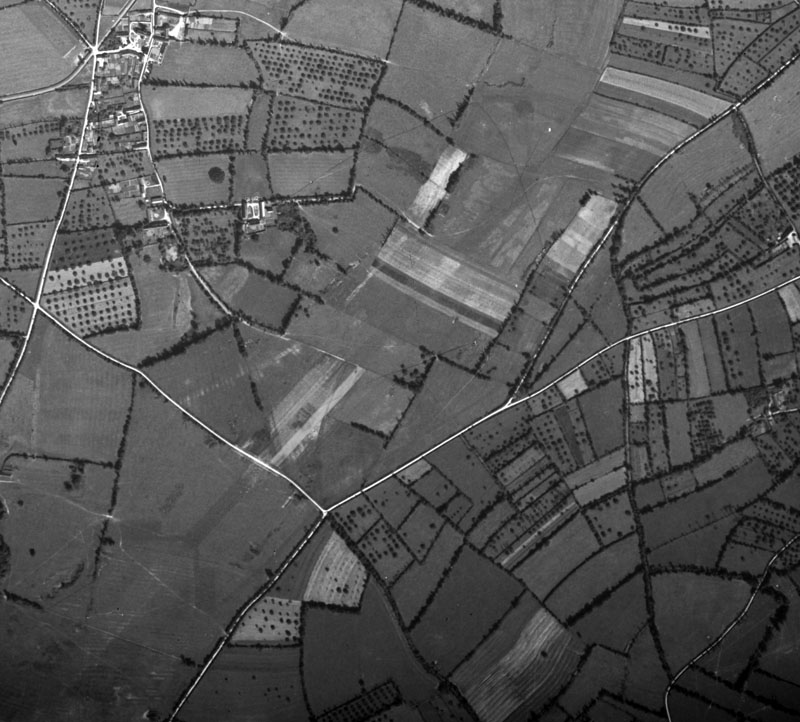 Today nothing remains of the former airfield. Even the famous Normandy hedges have largely returned, although from aerial photography taken in 2006 they appear to be thinner (Google Earth/IGN).
Two small memorials are located near the airfield. One is located on the wall surrounding the Château de Franquetot. The other one is in a field near the former runway. 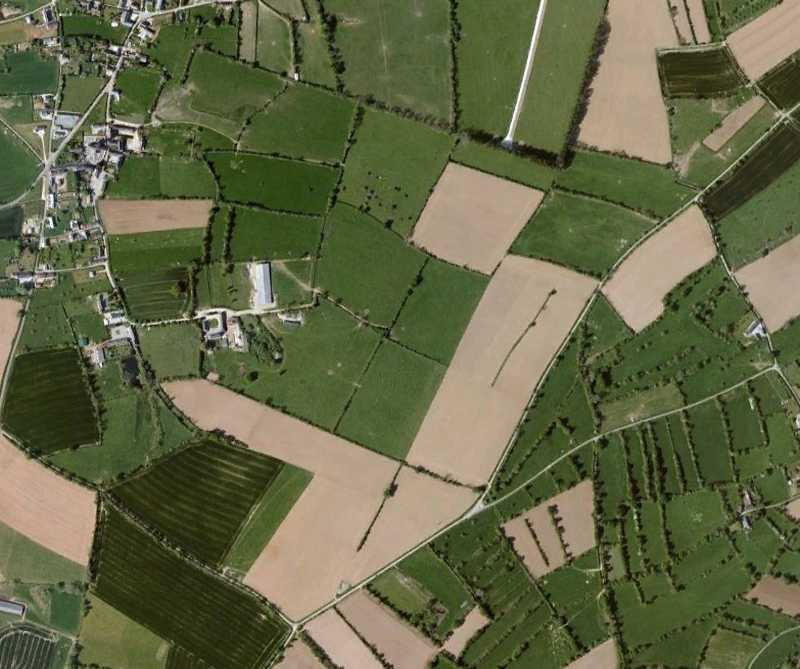 The location of Cretteville in 2006, when there was nothing left to remind of the Advanced Landing Ground (Google Earth)