De Weuste airfield (dutch: vliegveld De Weuste) was a small airfield 135 kilometer east-southeast of Amsterdam.
The airfield was located almost on the border with Germany. This is the reason that, although permission to fly had been received already on 4 August 1939 there was to be no flying at the airfield until after World War II, on 8 June 1946. That day, Mr. Willem van der Graft made the first landing at the airfield in his Tiger Moth PH-UCA. The airfield had not been officially approved yet however: this occurred on 4 July 1946 at the request of the Winterswijksche Zweefvliegclub (WZC - the Winterswijk gliding club).
Although primarily intended to be used by gliders, permission was also granted for small powered aircraft. Gliders could thus be started by winch (for which a truck was modified), by a car or by getting towed into the air.
A flying fest was organised on 20 and 21 July 1946, during which the airfield was officially opened by the mayor of Winterswijk. Although the fest drew a moderate crowd of several hundred people, it was eventually considered to be a minor disappointment. In part, this was to blame on the cancellation of sightseeing flights, as the aircraft that were planned were deemed too heavy. Another reason was an emergency landing.
Due to financial setbacks, the flight activities at De Weuste were ended sometime in 1948, when the WZC did not prolong its lease.

The opening of the airfield in 1946. The aircraft in front is Bücker Bü181 Bestman PH-AAA, behind it appears to be an RAF Anson with  tail marking 'F'.

Although flying had ended, the field kept an aviation role for the next few years. The Military Aviation branch had already acquainted itself with the airfield in 1946. In March 1949 they brought a mobile radar site to the airfield, to create a Master Radar station that was to be aligned with similar stations in France, Belgium and elsewhere in the Netherlands, in cooperation with the Royal Air Force. The radar site went 'live' on 8 March 1949 as Navigation Station "Achterhoek" (NS"A"). The name "Navigation Station" had been chosen to disguise the real purpose of the site: provide Early Warning and Control. The site reported to NS"V" (Nieuw Milligen). 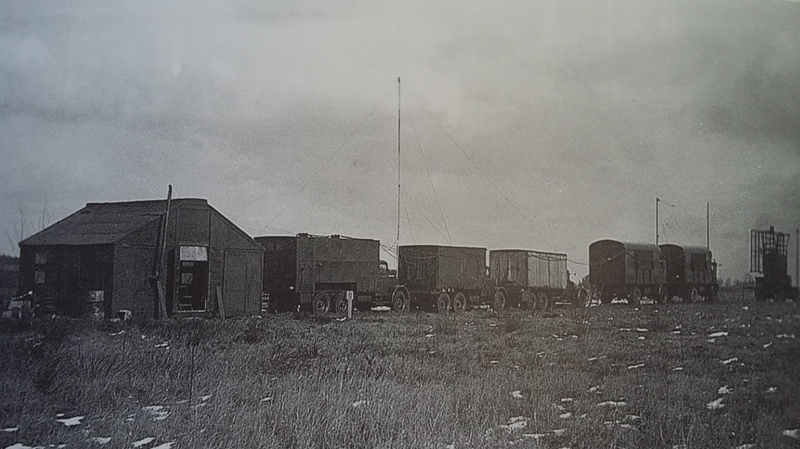 The first convoy of radar and radio trucks that made up NS"A" with an AMES Type 15 Mk II radar on the extreme right. 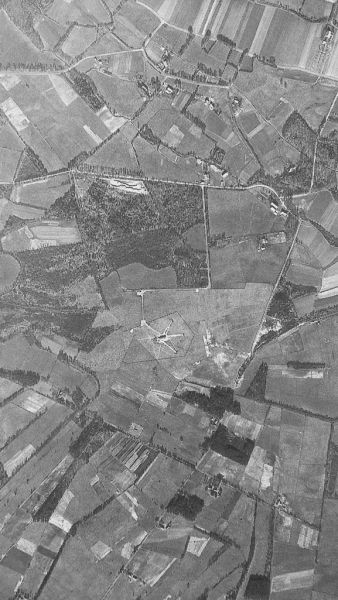 The radar station at the airfield in 1951. Clearly visible is the star pattern caused by cables and paths to the radar and vans (Topografische Dienst)

Soon it was found that the radar site performed less than desirably, as the radar lost a lot of coverage to the north. Fighter pilots knew where to find the site though, according to the 323 Sqn (Leeuwarden) diaries. The debrief at NS"A", which included 'the intercept of a beerkeg' was registered as "Setups did not work, typical. Continued in the afternoon, although the weather did not really improve. Had a small party in Winterswijk (=NS"A" - ed.) in the evening. Very much in the old fashioned way. Classic!"
The coverage issue meant that new sites were investigated. Continuous changes in plans meant however that NS"A" was not reloacted. Instead, it was disbanded on 26 September 1955.
Today, the site is nothing but a meadow.