Deopham Green airfield (RAF Deopham Green, also known as USAAF airfield 142 and locally as Ellington airfield) was an airfield ...km north of London.
It was built in 1942 and 1943 for the USAAF with 3 runways, two T2-type hangars, 50 aircraft parkings and temporary buildings to accommodate nearly 3,000 men. The airfield opened on 3 January 1944 and was used by the Eighth Air Force's 452nd Bombardment Group (Heavy), which arrived at Deopham Green from Walla Walla AAF Washington. The 452nd was assigned to 45th Combat Bombardment Wing, and used group tail code "Square-L".
Its operational squadrons were: 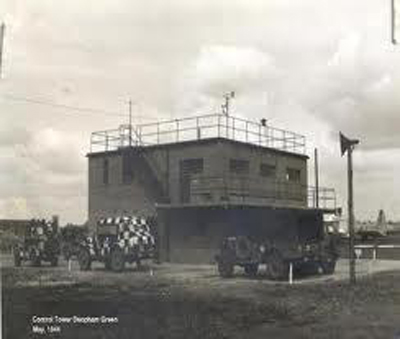 Control Tower at Deopham Green in May 1944

In addition to strategic missions, the 452nd supported ground forces and carried out interdiction operations.
They helped prepare for the invasion of Normandy by hitting airfields, V-weapon sites, bridges, and other objectives in France. The group struck coastal defenses on D-Day 6 June 1944 and bombed enemy positions in support of the breakthrough at Saint-Lô in July and the offensive against Brest in August and September 1944. Later in September, it assisted Operation Market-Garden (the airborne attack on the Netherlands), hit enemy communications in and near the combat zone during the Battle of the Bulge, December 1944 - January 1945, and bombed an airfield in support of the airborne assault across the Rhine in March 1945.
The group received a Distinguished Unit Citation for action on 7 April 1945 when, despite vigorous fighter attacks and heavy flak, it accurately bombed a jet-fighter airfield at Kaltenkirchen. The Group flew its last combat mission of World War II [in Europe] on 21 April 1945, striking marshalling yards at Ingolstadt. The last missions flown from the aerodrome were food drops to Holland and rescue missions to liberate the French, Belgian, Dutch, British and American prisoners of war.
The group flew a total of 250 missions from Deopham Green during the war, losing 160 of its bombers in the course of these operations. The group had suffered particularly heavy losses during the spring of 1944, one of the highest rates of loss of any Fortress equipped unit in the Eighth Air Force. The 452nd returned to the United States, to be inactivated at Sioux Falls AAF, South Dakota on 28 August 1945. 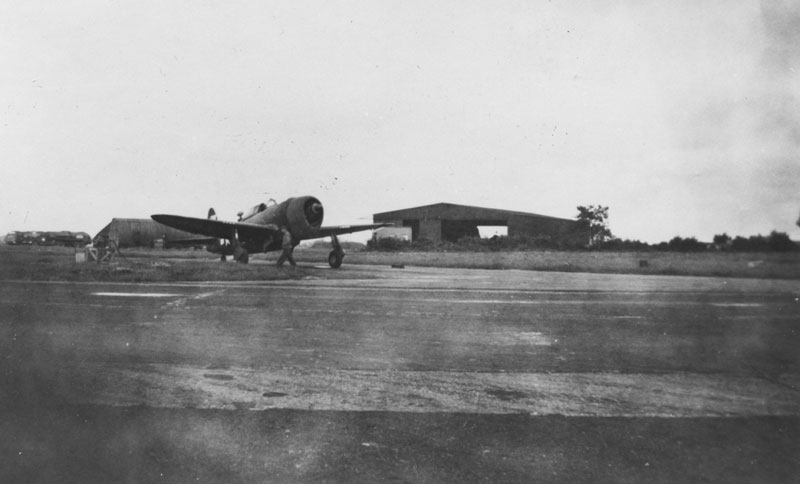 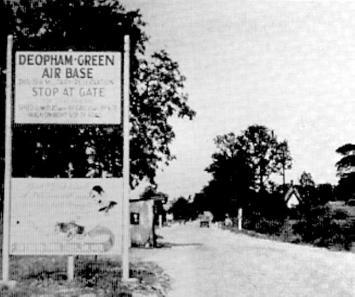 Undated photo of the entrance to "Deopham Green Air Base" (Facebook) 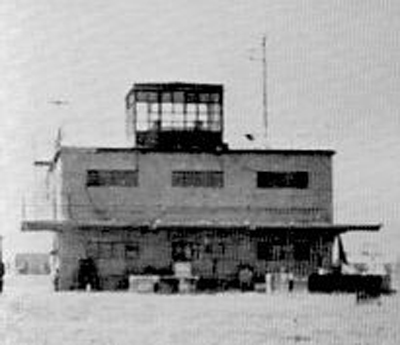 Deopham control tower / watch office in the winter of 1945 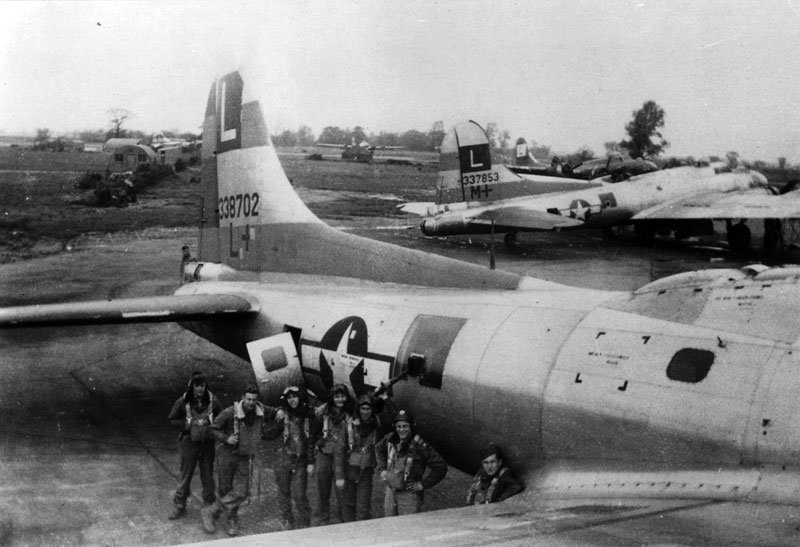 43-38702 (L+) in the foreground and 43-37853 (M+) behind. The latter was named "Hairless Joe", the airplane in front was named "Vampire Vertigo", although the crew never painted the name on it. The names of the crew left to right are: T/Sgt Sig "Sparks" Urban (Radio Operator/Gunner), Chet "Fran" Grabowski, Tony Milano, Bill Erickson, James "Woody" Woodburn, LT Harry Dickinson, Alan King. Missing from the picture are LT Paul Balze (Pilot) and Lt Roy Andriesse. They flew over 30 missions without loss or injury. Both aircraft survived the war to be scrapped in Kingman (AZ). (Facebook)

B-17G 42-39970 ‘E-Rat-Icator’ of 730th BS was one of the first to use Petroleum Jelly (=napalm) bombs. This was to be the only aircraft of the 452nd to survive every mission. E-Rat-Icator completed an incredible 120 bombing missions, a major triumph for any operational aircraft, only to be unceremoniously scrapped in December 1945 (AmericanAirMuseum/IWM via aviationtrails). 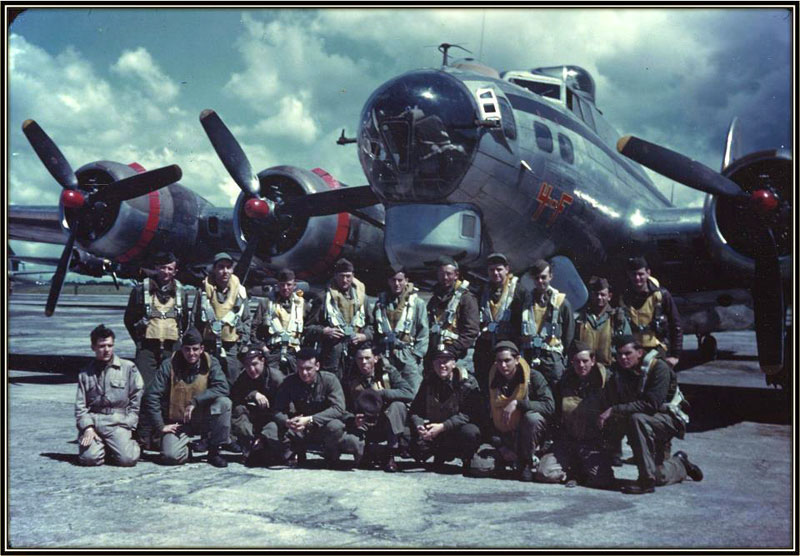 
After the war, on 9 October 1945, the station was handed over to RAF Maintenance Command. Public roads, that were closed when construction started in 1942, were later re-opened, one of them using part of the old main runway.
The airfield was finally closed in 1948 and sold in 1959. 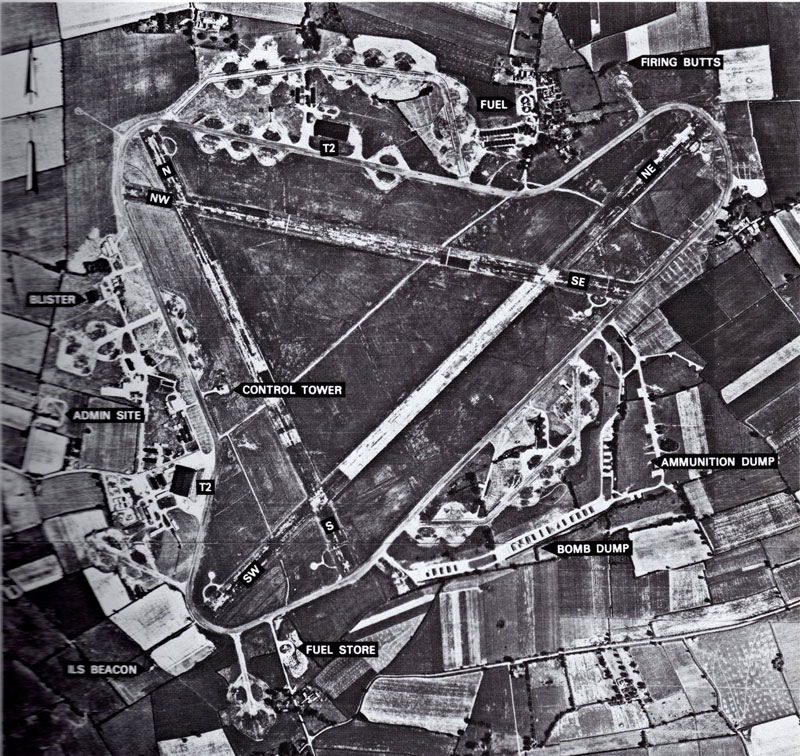 Deopham Green in 1946, a year after the use of the airfield had been transferred to RAF Maintenance Command.
Over the years most of the buildings have been torn down. The watch office (or control tower) was demolished in the late 1960s when it became derelict. Most of the airfield has been returned to agricultural use. However, many of the runways and taxiways of the old airfield remain, albeit at a reduced width. There is a memorial on the side of the road running through the site, another outside Hingham Church and a third at Attleborough railway station. 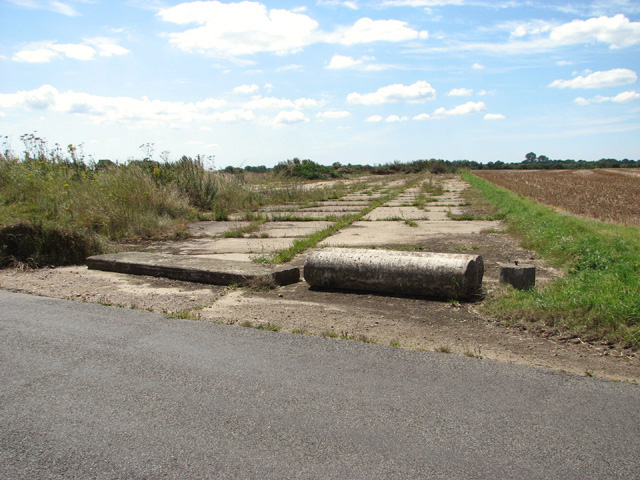 Remains of the outhern end of the main runway in 2014 (Evelyn Simak and licensed for reuse under this Creative Commons Licence). More photos of the former airfield can be found on Geograph 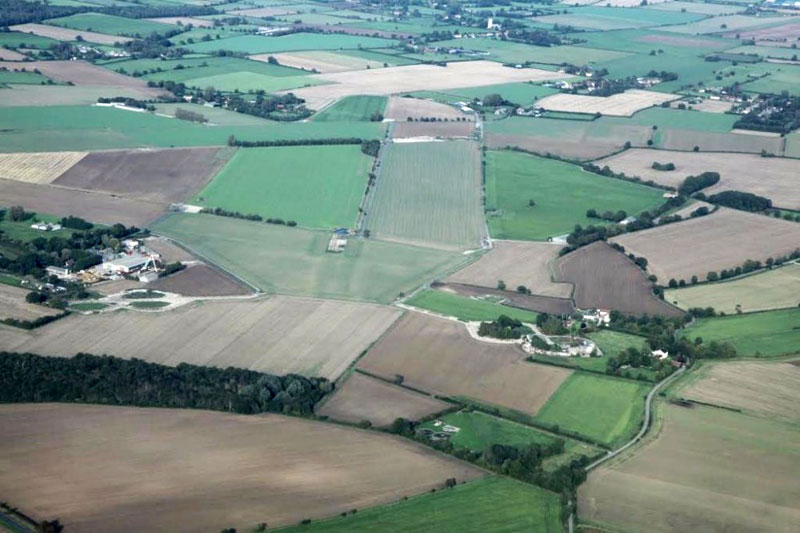