Deux Jumeaux air field (also known as Advanced Landing Ground A-4 "Deux Jumeaux") was an airfield on the Normandy beachhead in France.
The airfield was built by elements of the 816th Engineer Aviation Battalion, who were at the same time still finishing ALG A-3. Construction of the airfield began on the morning of 14 June 1944 under the protection of 22 .50-calibre guns. The airfield was limited operational on 20 June, and was completed on the 30th.
The first P-47s of the 48th Fighter Group arrived at A-4 on 27 June. The group consisted of the 492FS (coded F4), 493FS (coded I7) and 494FS (coded 6M). The Thunderbolts were joined by a single P-38 squadron, 485 FS (coded 7F). Their parent unit, 370 Fighter Group, had been sent to Normandy, but because there were not sufficient airfields available it was spead over 3 ALGs. The 485 FS sister units were located at the nearby ALG A-1 (401 FS) and A-3 (402 FS).
With the airfields located extremely close to each other, it was believed cohesion between the Fighter Group would remain. Although the two Fighter Groups were not part of the same Fighter Wing, they were part of the same Command. The squadrons shared the airfield until 15 August 1944.
The airfield was abandoned on 15 September 1944. 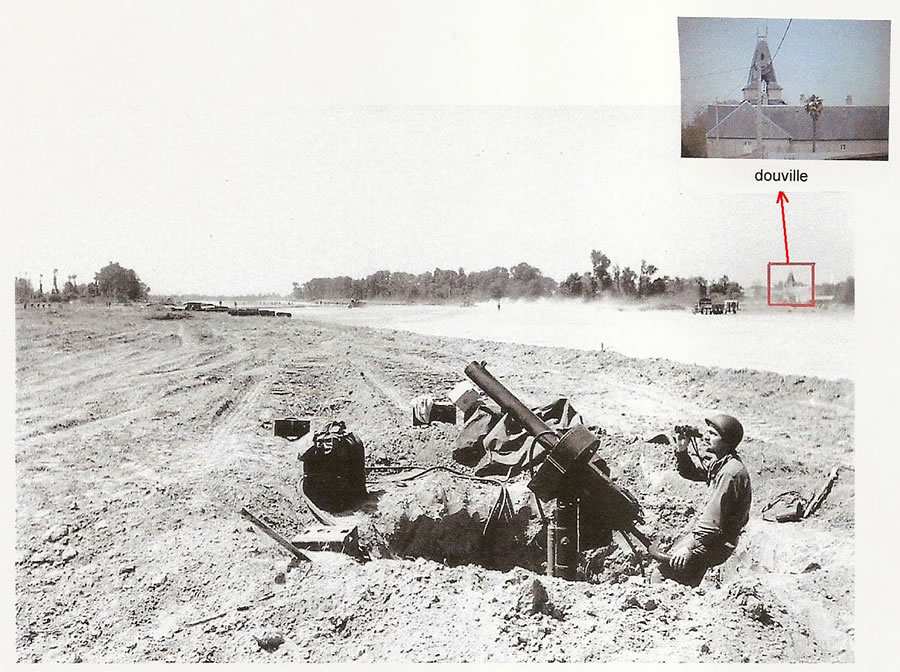 A member of 18 AAA Group, armed with a pair of binoculars and a tripod mounted watercooled M2A1 .50 calibre Browing machine gun, scans the sky 'Somewhere in France'. The runway is not fully completed yet, and the photo is dated 26 June. 6juin.com discovered the photo was taken at Deux Jumeaux by identifying the building in the distance.

By 1947 the airfield had almost completely disappeared. Only the outlines of the runways and taxitracks were still visible. Today is it almost indistinguishable from the surrounding fields. Only parts of the famous Normandy hedges are still missing where the runway used to be. This makes it very easy to recognise the former airfield from the air. Only a small monument reminds of the airfield and the men that flew from it. The remains of A-4 Deux Jumeaux were still visible on 28 August 1947, nearly 3 years after the Allies had abandoned the airfield (IGN) 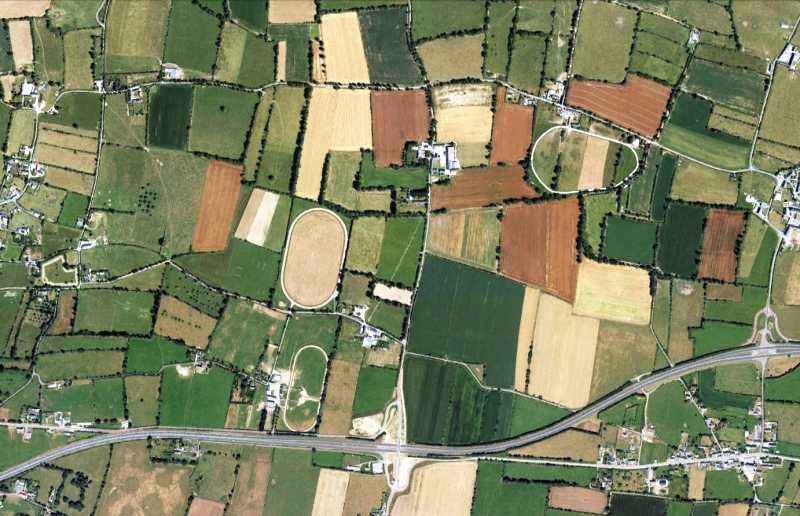 From this photo, taken in 2005, nothing of the former airfield could be made out (Google Earth)