Docking airfield (RAF Docking) was an airfield 165 kilometer north of London.
A grass dummy airfield was laid out soon after the outbreak of war. In July 1940 it grew into an active airfield with eight blister hangars and one A1 hangar. It served as a satellite airfield for the RAF Coastal Command station at RAF Bircham Newton and was mostly used for overflow from there. The first squadron to operate from there was 235 Sqn using Bristol Blenheims for convoy escort and anti-shipping operations in the North Sea. These were replaced by Lockheed Hudsons.
A meteorological observation unit, 405 Flight of Bomber Command, was set up as part of the effort to gain important weather information. When Coastal Command took over all the meteorological units the Flight was renumbered to 1401 (Met) Flight and it received a greater variety of aircraft. Aside from Blenheims, it operated Spitfires, Gloster Gladiator biplanes and Hawker Hurricanes. These aircraft were all used to take measurements of temperature and humidity; from 40,000 ft downwards, in precise areas.
Many visiting squadrons used Docking to perform mine-laying and nightly offensive operations against enemy convoys transporting iron ore from Sweden into captured ports such as Rotterdam. These anti-shipping operations were extremely dangerous because the enemy convoys were protected by air cover and flak ships. Losses in aircraft and crews reached a peak in 1942, when at least three aircraft were being lost for every ship sunk or seriously damaged. The Canadian 407 Squadron and Dutch 320 Squadron, who flew combined operations with their Hudson aircraft, bore the brunt of these losses in 1942. 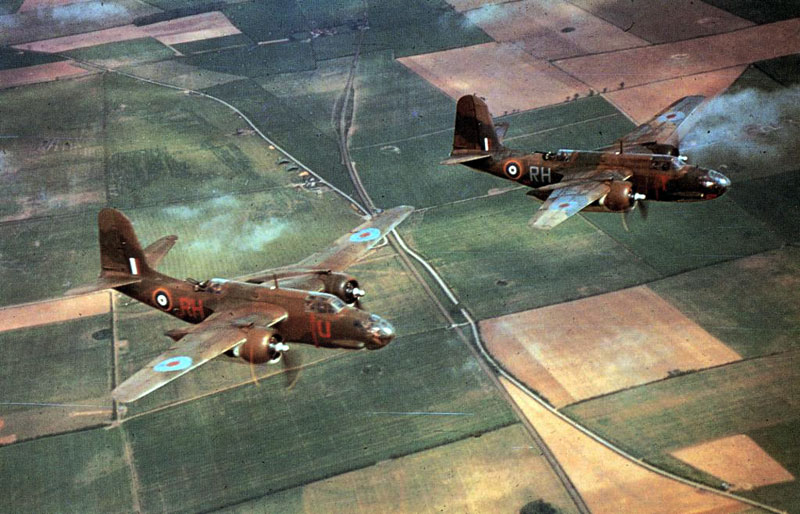 Two 88 Sqn Douglas Bostons pass by the southern edge of Docking airfield. On the airfield, located left of the road and railroad a pair of blister hangars can be seen.

In August 1942 the Flight was made into a Squadron - 521 - with Hudsons Hampdens, Mosquitos and Venturas. The squadron's Mosquitos would operate deep into occupied Europe to take measurements over target areas; these missions were known as "PAMPA".
Meteorological reconnaissance was not the only role played by Docking. Air Sea Rescue was responsible for saving a number of downed crews, but it also served mine laying and anti-submarine missions and attacks by the Polish 304 Sqn RAF in the ‘1000 Bomber’ raid on Bremen. Even though it was a grass airfield, it became a refuge for many returning ‘heavies’, Lancasters, Halifaxes and even Stirlings found Docking a safe haven. On 17th January 1944, a total of five Lancasters who had run out of fuel managed to land safely on its grass tracks. A number of B-17s are known to have tried to land at Docking, but believing it had a much longer runway, they ran off the end. This forced their undercarriage to collapse in an adjacent ploughed field.
In 1944 the Weather squadron moved to the other satellite for Bircham Newton, RAF Langham.
Toward the end of the war, Docking was used less and less operationally and it eventually became a ‘demob’ centre for crews. Many faces were to pass through, which included the later actor Richard Burton. With little to do, these particular crew members were often in trouble;  fights, vandalism and fraternization with the locals led to many run-ins with the law.

After the war had ended, Docking's operationa carreer ended in September 1945. By 1958, the site was sold into civilian hands.
RAF Docking is one of those airfields that has managed to almost fade into the past. Little still remains of its existence. Having been on grass, there are no runway remains or even an indication of a runway. The second watch office remains, the original one was demolished some time after 1982. Some bunkers and other buildings remain, as does the concrete floor of the A2 hangar. 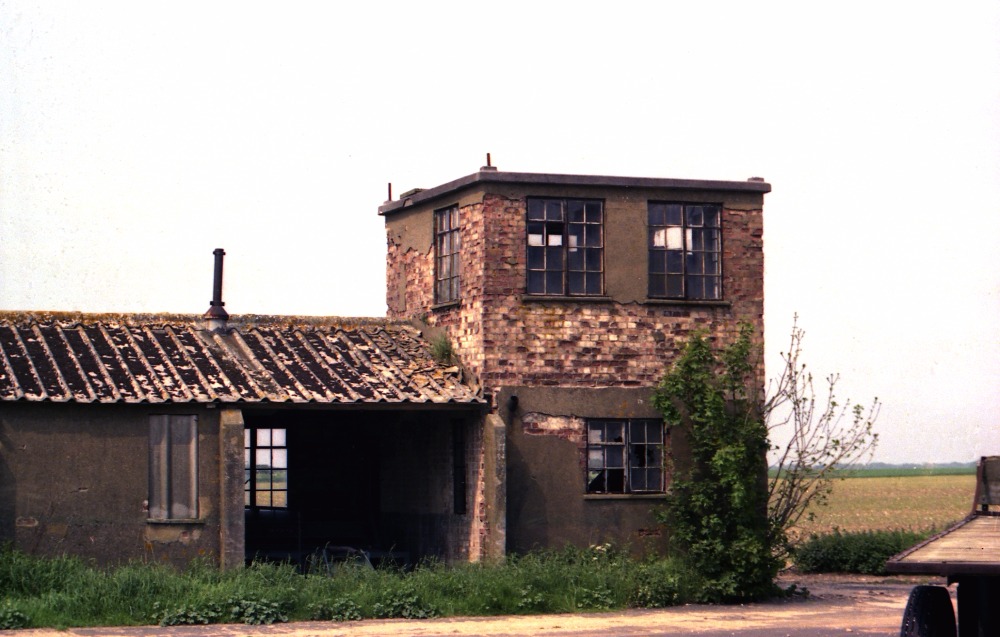 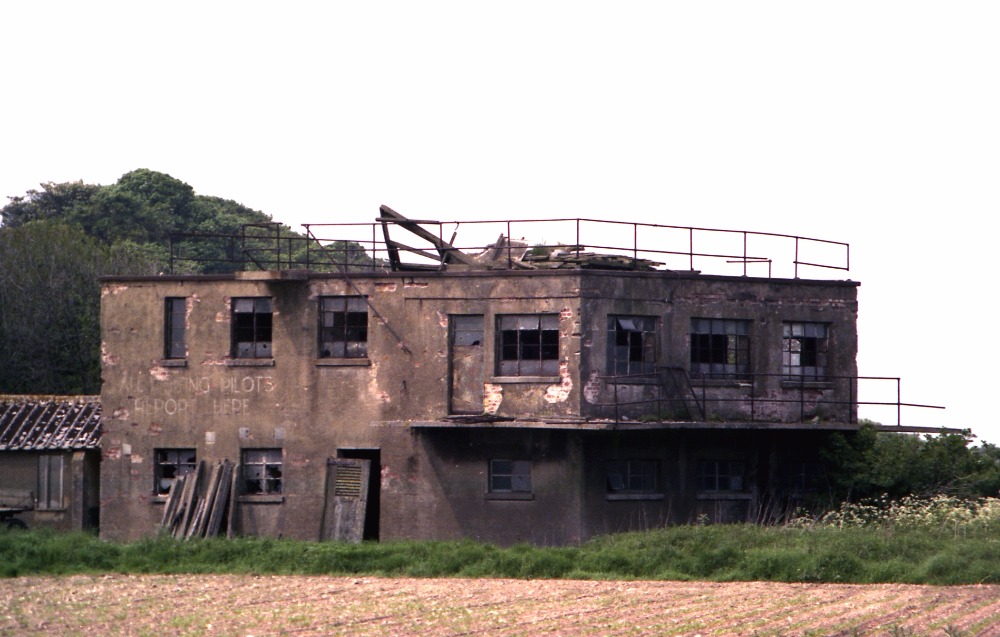 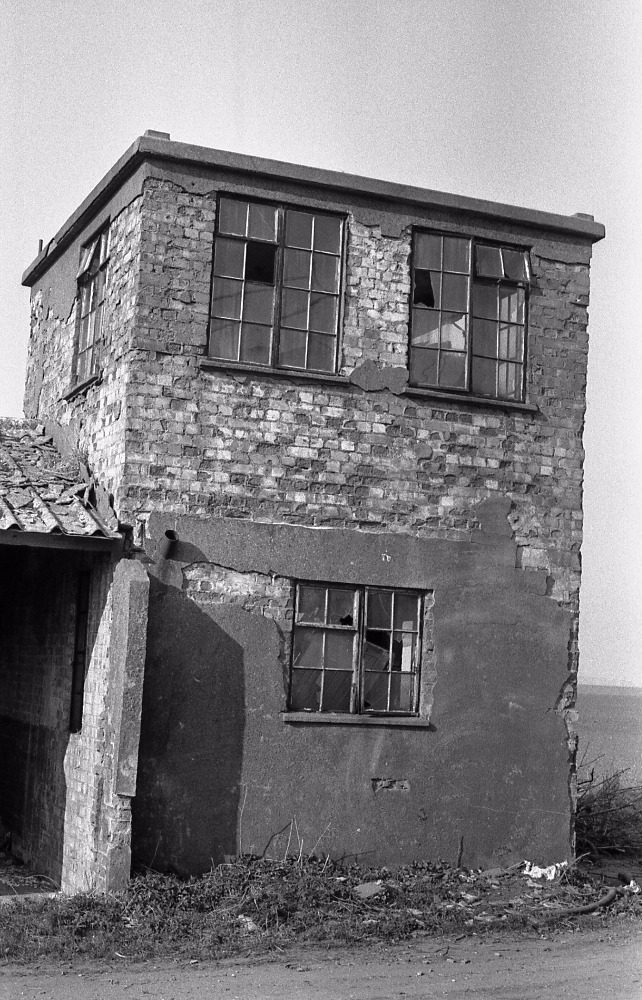 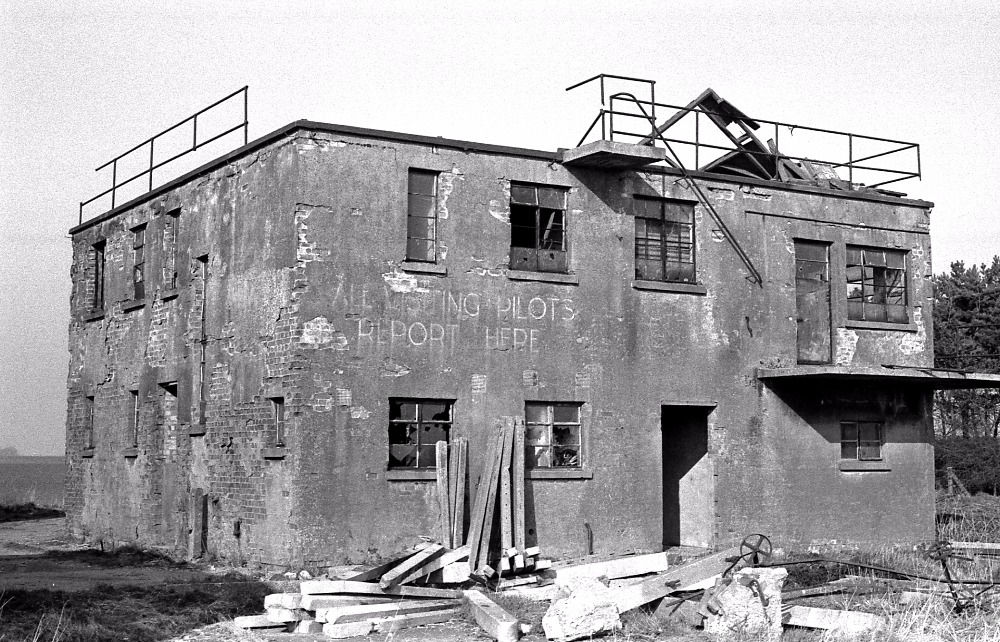 The second watch office had become increasingly derelict in 1982, but the notice to visiting pilots was still readable!
(Airfield Research Group)