East Wretham airfield (RAF East Wretham, also known as USAAF station 133) was an airfield ... km north of London
The grass airfield was one of many constructed and rushed into service during the early months of 1940, and was initially a satellite station for Honington in Suffolk. Living conditions were at first primitive, and the ground was on occasions so muddy it was likened to 'the Somme without the trenches'. No. 311 (Czech) Squadron dispersed there on 29 July 1940. A more permanent allocation followed in September. The squadron operated their bombers from the airfield until April 1942, when it was briefly transferred to Coastal command. . In November 1942 it became a satellite of Mildenhall under Bomber Command. 115 Sqn, flying Vickers Wellington Mk.IIIs and later Avro Lancasters, occupied the airfield from November 1942. The airfield and its dispersed sites (American Air Museum /IWM)

A Lancaster B.II, DS652 'KO-B', of 115 Sqn, whilst undergoing a test of its Bristol Hercules VI sleeve-valved radial engines in a dispersal at East Wretham. DS652 failed to return from a raid on Bochum, Germany on 12/13 June 1943 (wikimedia).
A plan to turn East Wretham into a "Class A" airfield was not carried through, 115 Sqn. moved to Little Snoring and in Ocotber 1943 the station was turned over to the USAAF for fighter operations as USAAF's Eighth Air Force Station 133. It retained its shorter runways, although eventually pierced-steel planking was laid to make take offs and landings easier for the Thunderbolt, and later Mustang, pilots. Steel matting was also laid to fashion more aircraft parking spaces on a site with only 27 hardstands.
The first American tenants at East Wretham were the 359th Fighter Group, being reassigned from Westover AAF Massachusetts. The group was under the command of the 67th Fighter Wing of the VIII Fighter Command. Aircraft of the 359th were identified by green around their cowlings and tails.
The group consisted of the following squadrons:
368th Fighter Squadron (CV)
369th Fighter Squadron (IV)
370th Fighter Squadron (CS)
The 359th FG entered combat in mid-December 1943 after some of the pilots had already flown combat missions with another fighter group. It began operations with Republic P-47 Thunderbolts, later converting to North American P-51 Mustangs in April 1944. In combat the group flew escort, patrol, strafing, dive-bombing, and weather-reconnaissance missions.

At first, it was engaged primarily in escort activities to cover Boeing B-17 Flying Fortress and Consolidated B-24 Liberator bombers that attacked airfields in France, and later expanded their area of operations to provide escort for bombers that struck rail centers in Germany and oil targets in Poland.
The group supported the invasion of Normandy during June 1944 by patrolling the English Channel, escorting bombardment formations to the French coast, and dive-bombing and strafing bridges, locomotives, and rail lines near the battle area. 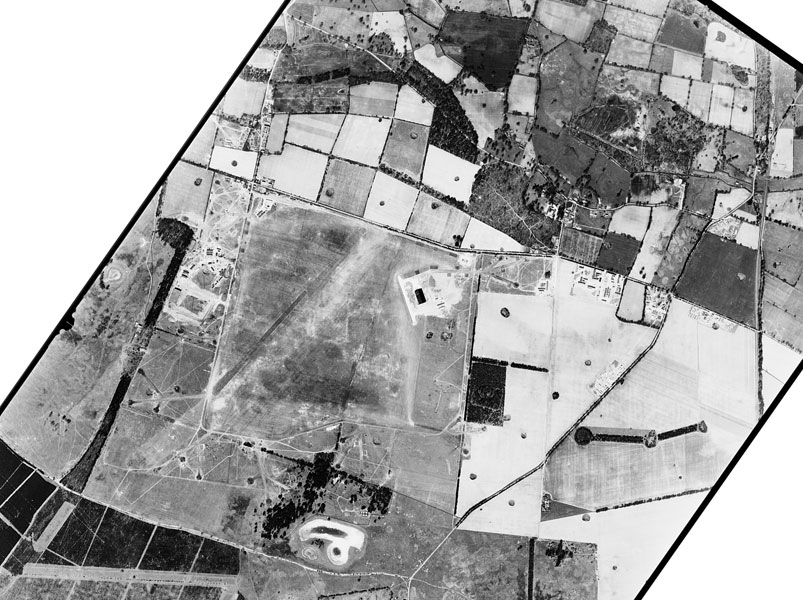 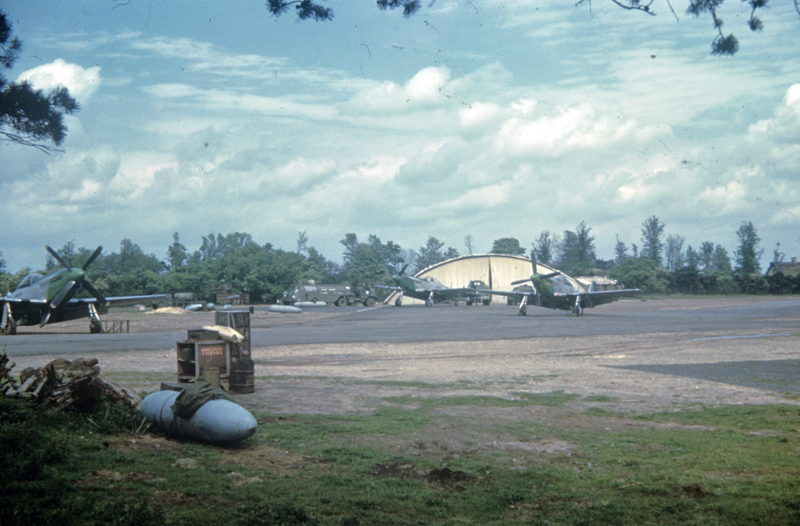 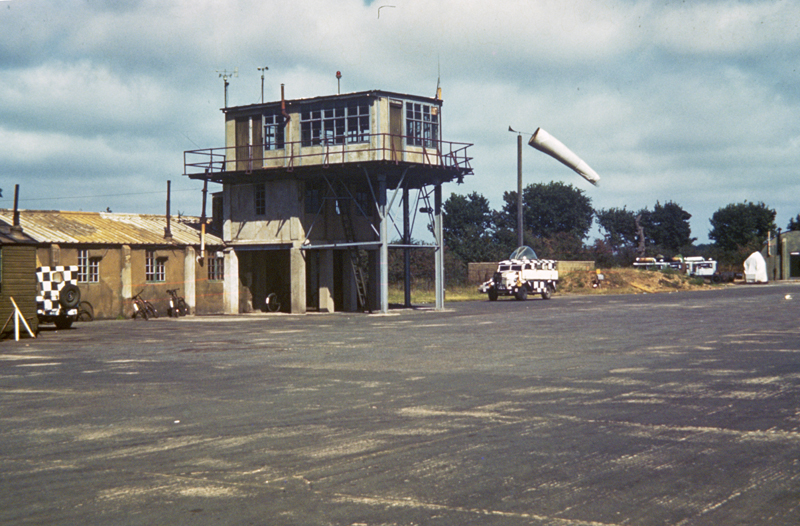 Undated photo of the control tower at East Wretham, straightened and colour adjusted from the original (American Air Museum / IWM) 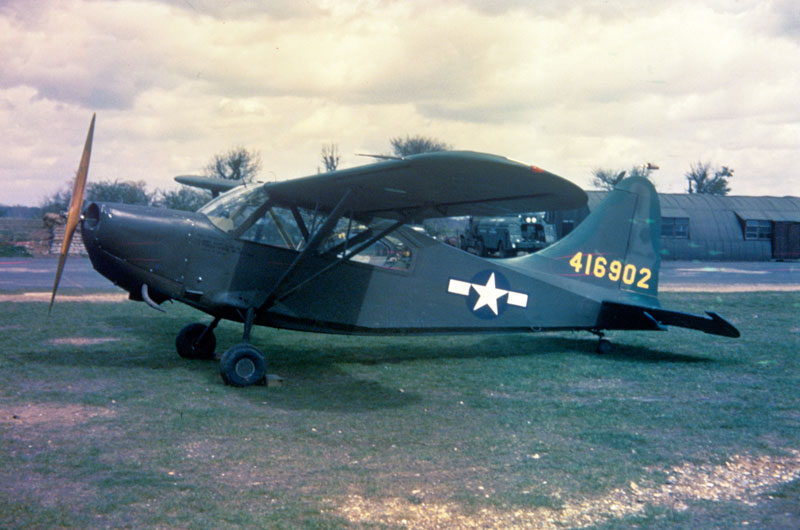 During the period July 1944 - February 1945, the group was engaged chiefly in escorting bombers to oil refineries, marshalling yards, and other targets in such cities as Ludwigshafen, Stuttgart, Frankfurt, Berlin, Merseburg, and Brussels. The 359th FG received a Distinguished Unit Citation for operations over Germany on 11 September 1944 when the group protected a formation of heavy bombers against large numbers of enemy fighters. 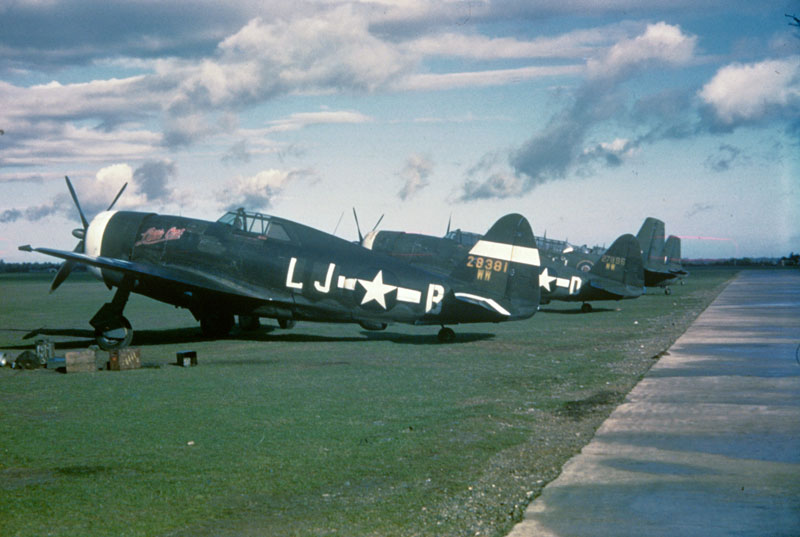 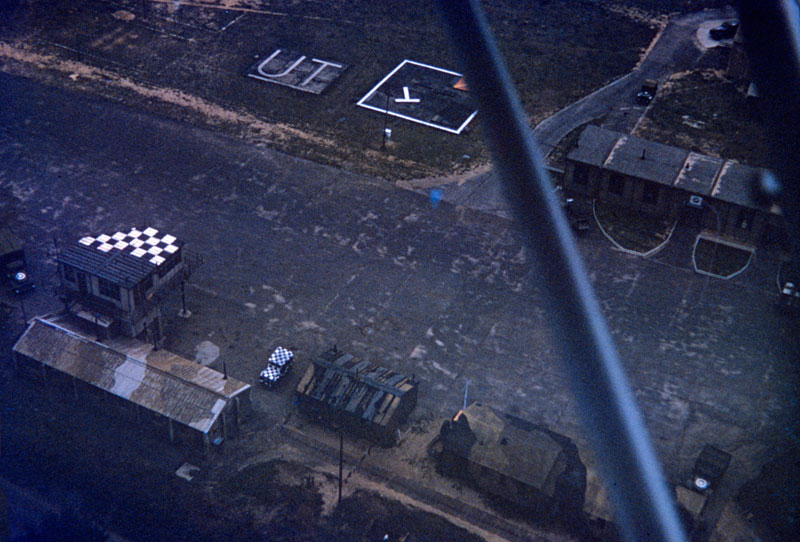 Undated aerial photo of the control tower, location indicator and comms board (American Air Museum / IWM)
In addition to its escort duties, the 359th supported campaigns in France during July and August 1944, bombed enemy positions to support the airborne invasion of the Netherlands in September, and participated in the Battle of the Bulge (December 1944-January 1945). The group flew missions to support the assault across the Rhine in March 1945, and escorted medium bombers that attacked various communications targets, February–April 1945.
The 359th Fighter Group returned to Camp Kilmer, New Jersey and was inactivated on 10 November 1945. 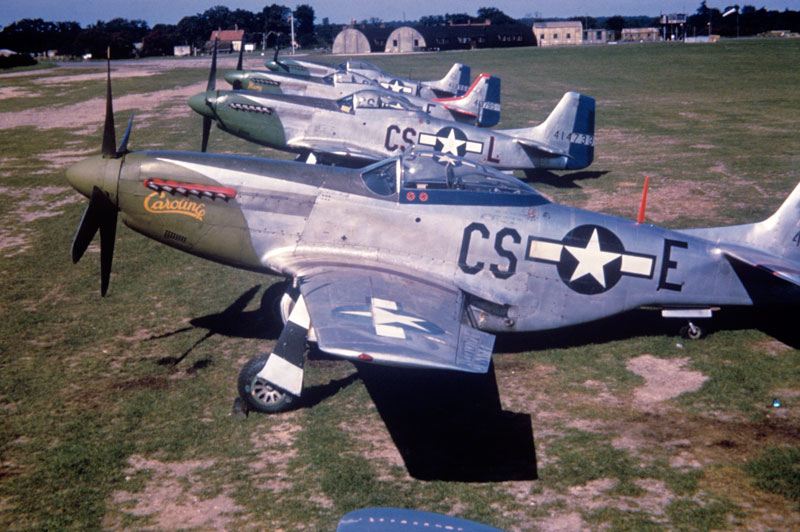 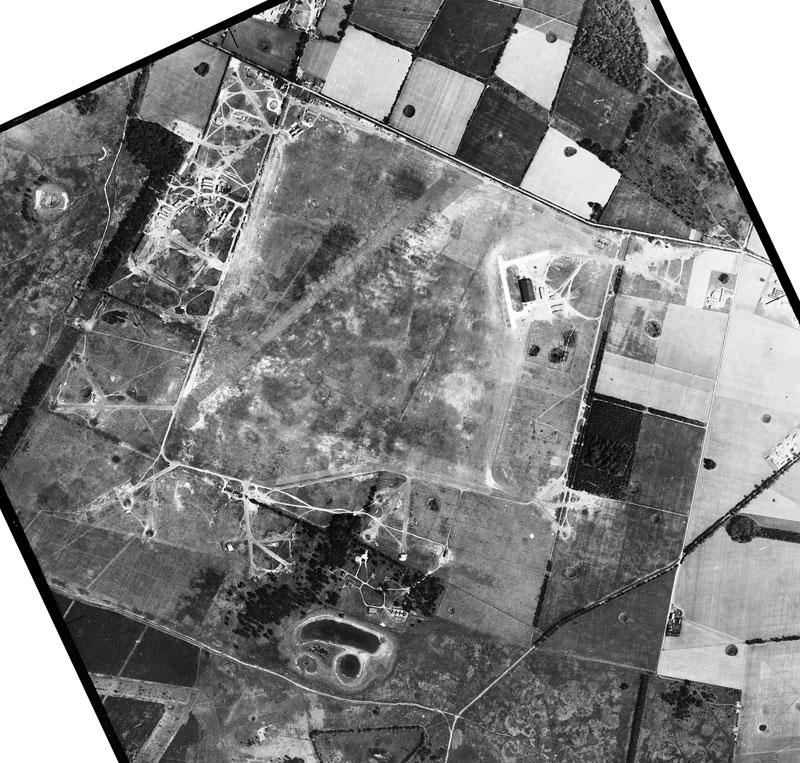 Aerial photo of East Wretham airfield, the technical site is top left, 13 June 1945. Photograph taken by 542 Sqn., RAF (American Air Museum / IWM)
Initially after the war ended, the field was used by the RAF as a Polish resettlement camp. With the refugees resettled by 1946, East Wretham was closed as an active airfield. Much of the land was sold off in the 1950s and returned to agriculture, but some of the original huts, the most complete set of World War Two prefabricated buildings in the country, became part of the British Army's Stanford Practical Training Area (also known as STANTA) and are still used by troops on exercise.
This huge training area in Norfolk has facilities for the live firing of artillery, mortars, anti-tank and machine guns as well as for dry training and bivouacking. Tanks are used during restricted periods from July to September. There are also facilities for parachuting, air-to-ground attacks and other training involving aircraft.
Many of the original World War II airfield buildings still stand, including one of the T2 hangars. The station's defences include the very rare survival of an all-round defensive position with four pillboxes surrounding a small area. 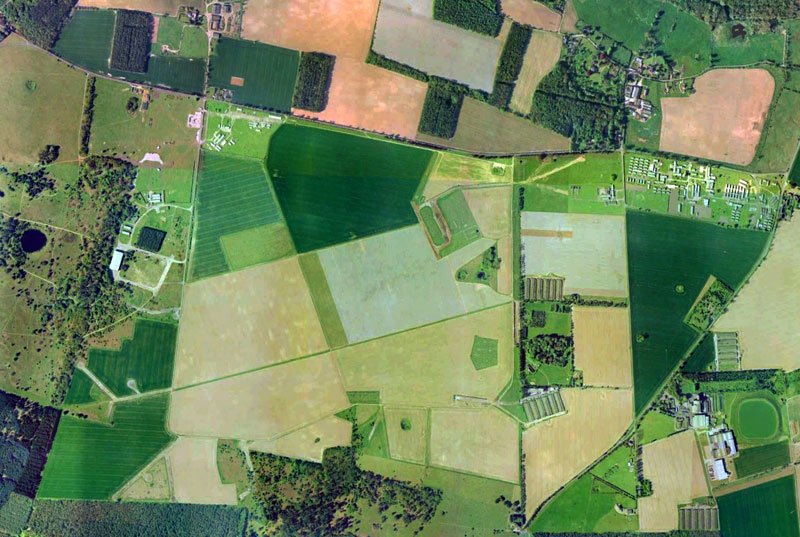 The site of the airfield in 1999. Although agriculture has reclaimed the former airfield, dispersals can still be recognised in aerial photography (Google Earth) 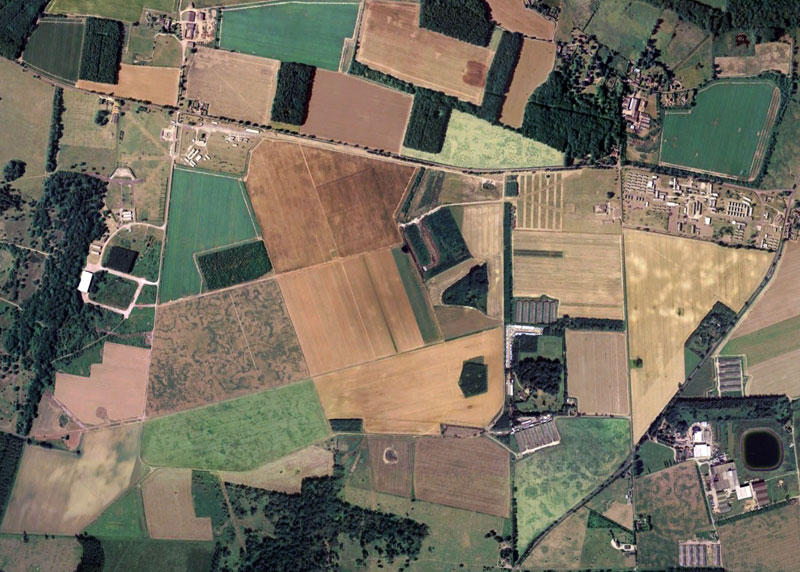