Elsenborn airfield (German: Flugplatz Elsenborn, former ICAO: EBLB) is a small army airfield operated by the Elsenborn Barracks (Camp Elsenborn) in the eastern German speaking region of Belgium.
Information about this airfield is very scarce. It must have been open before the 1920s, because the Belgian army took control of Camp Elsenborn and its "aeronautical installations for balloons and aviation" on 4 February 1920. The Belgians took over from the British Rhine Army, who had exercised control over this piece of land that had so far been part of Prussia (Germany), but so far I have been unable to pinpoint an exact date. 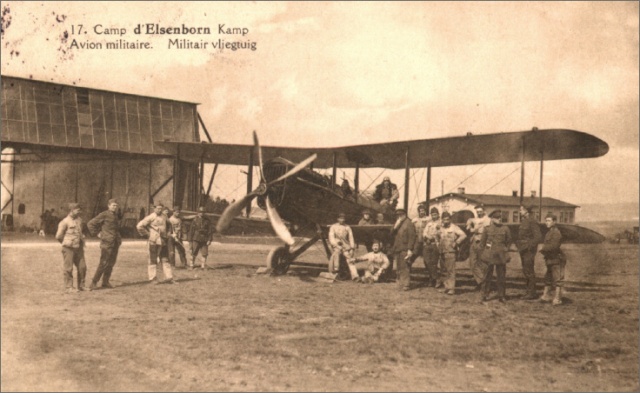 Unidentified aircraft in front of the hangar at Camp Elsenborn, photographed in the 1920s (www.mil.be). 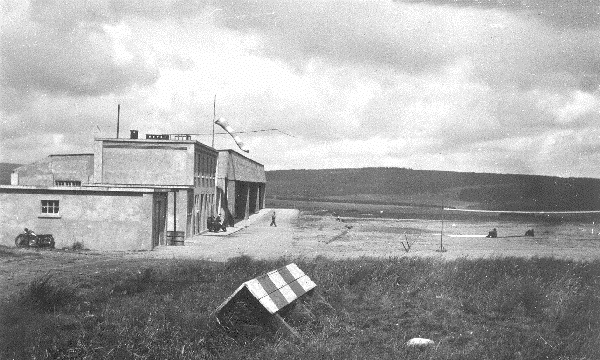 The airfield had a shared military/civilian use from 1992 until 2002. Still, even from this period there is little to be found on line. Even the landing directions and dimensions of the single runway are very hard to find on line. The airfield can be clearly seen with Google Earth, however.
Elsenborn used to be the home base of the Belgian Army RPV-unit 80 Squadron (Hunter-B), but they left the airbase for Florennes Air Base in 2007.

On 14 August 2012 I received an email from Belgian local military authorities. They notified me:
EBLB is no longer present in the Belgian AIP publication. It remains a military airfield however, used mainly for helicopter operations. It is situated inside a Danger Area (D04) activated during the activities of the (nearby) shooting ranges, and under a Temporary Segregated Area activated for UAV or Close Air Support Training. It may be used by civilian gliders, ultralight or light aircraft as a diversion airfield in case of emergency (i.e. for safety reasons). However, as a non-official airfield, any landing on it will be considered a forced landing, meaning that gliders or fabrics ultralights should be evacuated on a trailer.
For light aircraft, the evacuation take-off should be performed within the rules of the Belgian federal aviation authorities for a forced landing outside an official airfield. For forced landings outside office hours, contact with Camp Elsenborn security is required on +3240442109 (in French or German).
The authority added that with the introduction of NH-90 helicopters into the Belgian Air Component, activity at the airfield is likely to increase. 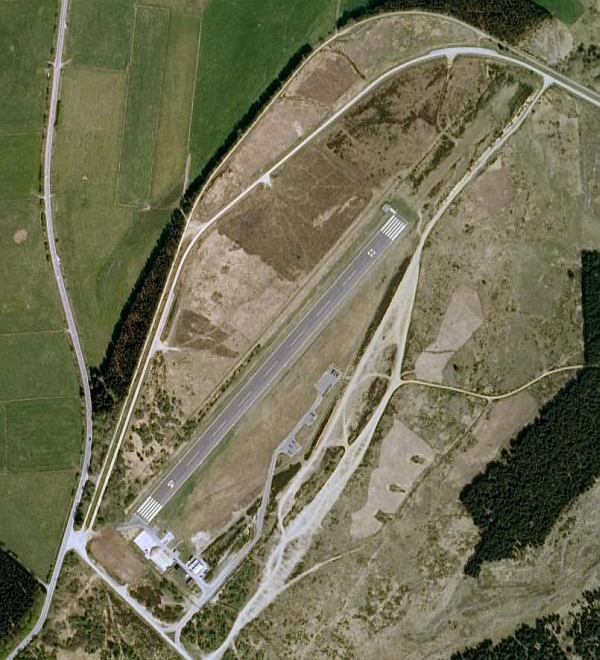