The ELTA airfield was an airfield especially set up to host the First Aviation Show in Amsterdam "ELTA" (Dutch: "Eerste Luchtvaart Tentoonstelling Amsterdam").
This airfield was set up at the Mosveld in Amsterdam-Noord in 1919 just after World War 1. Although the event was held only once, it was as important back then as the aviation trade shows of Farnborough and Paris are today, as it was the first tradeshow of its kind after World War I, where aviation had matured. The airshow directly led to the creation of two major aerospace players: the airline KLM and the N.V. Nederlandsche Vliegtuigenfabriek Fokker. Both were to become leading players in the decades between the World Wars. 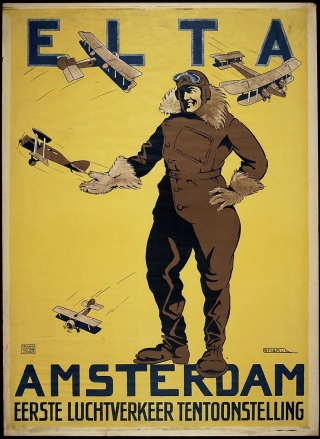 poster for the ELTA Air Show Overview of the ELTA airshow grounds relative to the Disteldorp (center) and Van der Pekbuurt (left) neighbourhoods. The road running from the hangars to the left of the photo is todays' Van der Peckstraat, leading to the Tolhuis ferry and Amsterdam Central Station (collection Nederlands Instituut voor Militaire Historie). 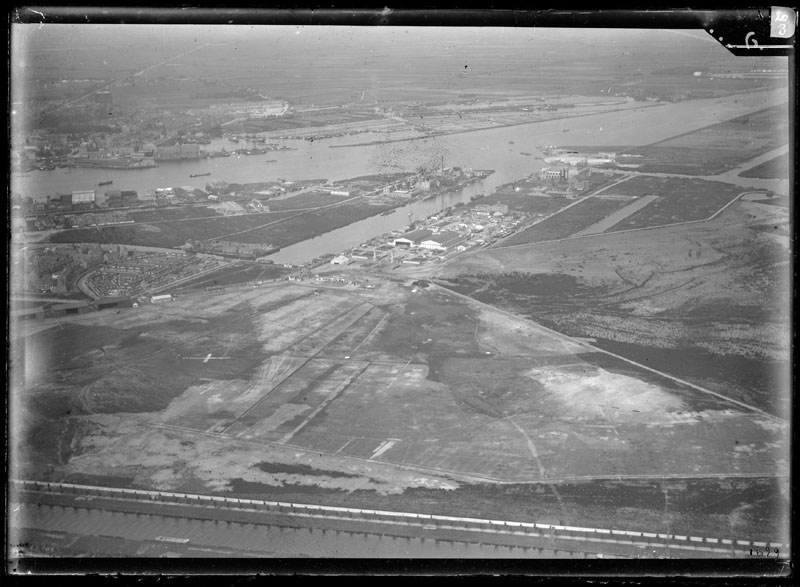 Overview of the ELTA airshow terrain, with the flying ground located at the Mosveld (in the front) and the exhibition at the Papaverweg (collection Nederlands Instituut voor Militaire Historie). 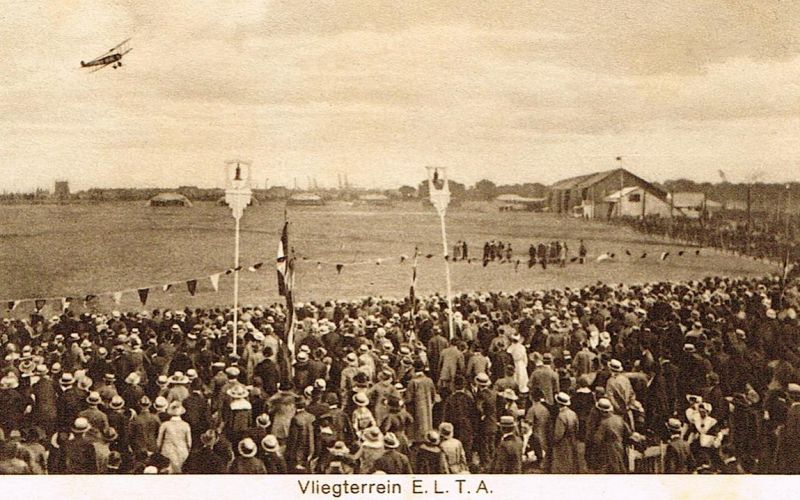 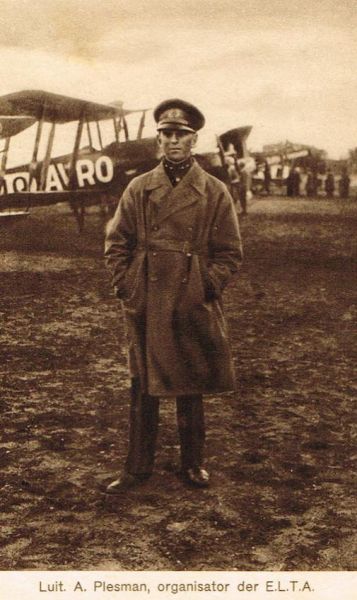 lieutenant A. Plesman, organiser of ELTA, who later became founder and chairman of KLM. 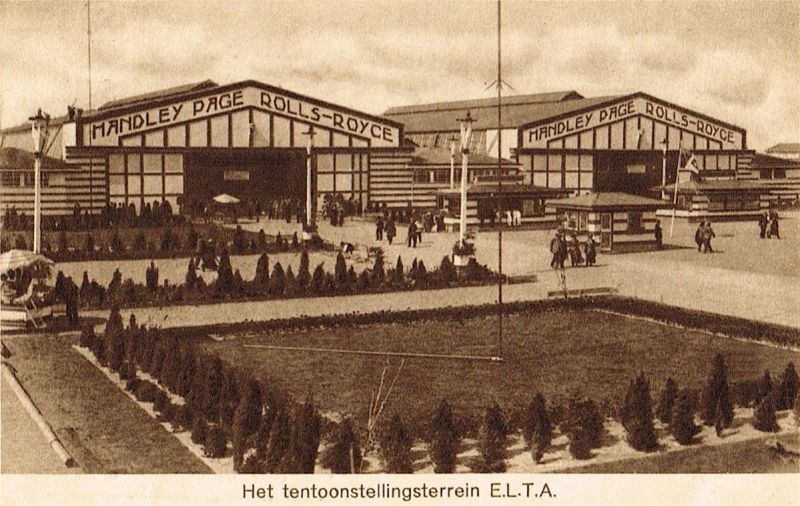 Showground of the ELTA exhibition, with famous names like Handley Page and Rolls Royce attending. 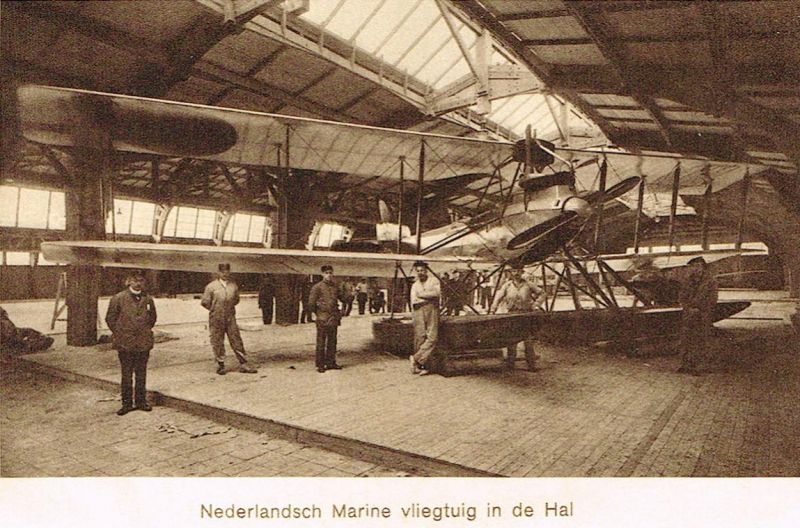 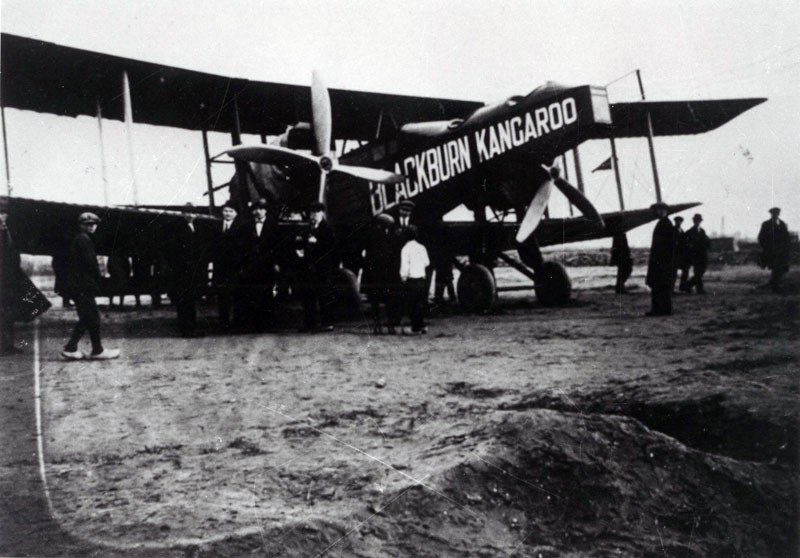 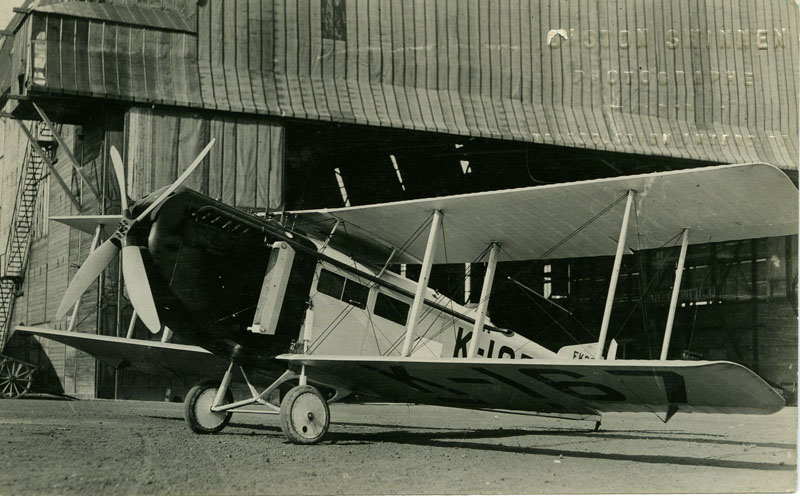 Koolhoven FK26 aircraft, the first aircraft designed as a passenger aircraft instead of a conversion from a military type (NIMH). 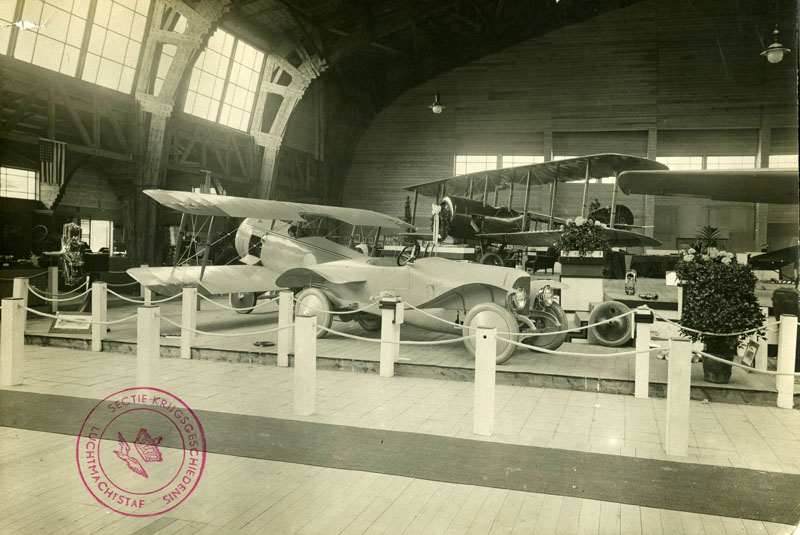 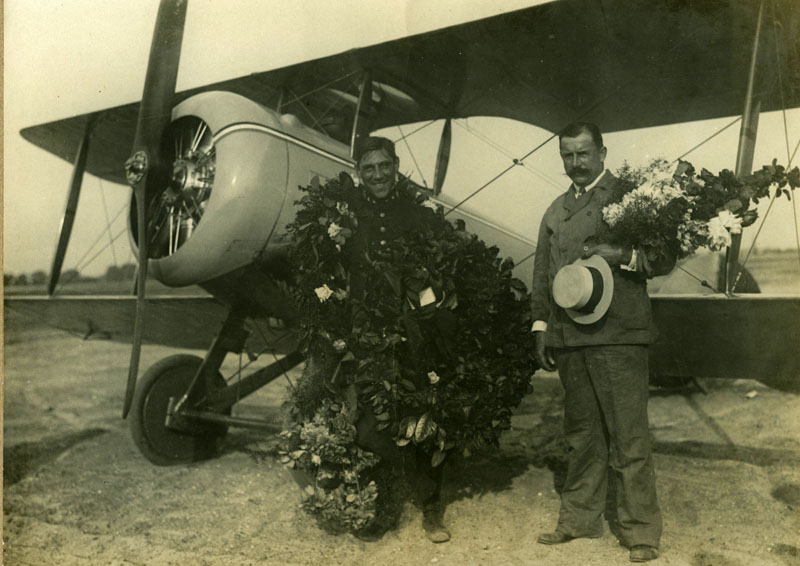 2nd luitenant W.C.J. Versteegh impressed the E.L.T.A. so much with his flawless demonstation of the Spyker fighter, that he was given this large floral tribute. Spyker's Belgian constructor VanHaer shared in the prize (NIMH). 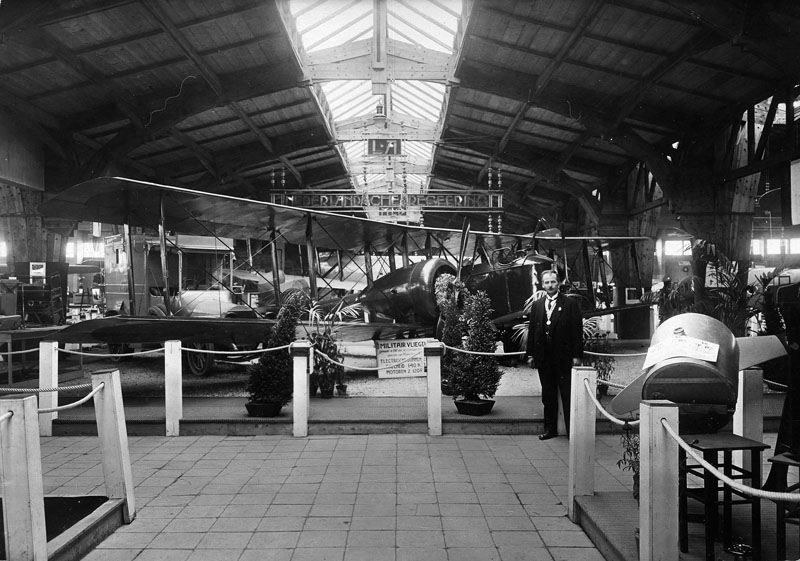 Mr H.A. Vreeburg in front of his design, the Vreeburg A-2M bomber that served in the Netherlands Army Air Arm, the LVA. For several years Vreeburg served in the LVA and one of the exhibition halls of the old Militaire Luchtvaartmuseum in Soesterberg was named in his honour (NIMH). 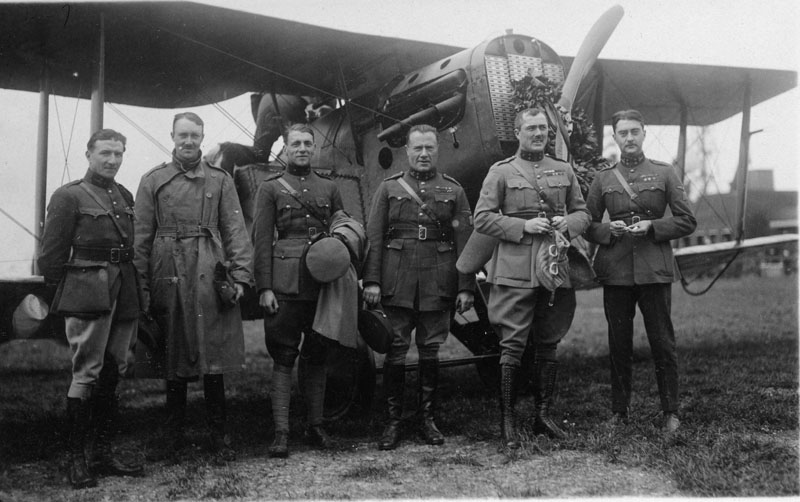 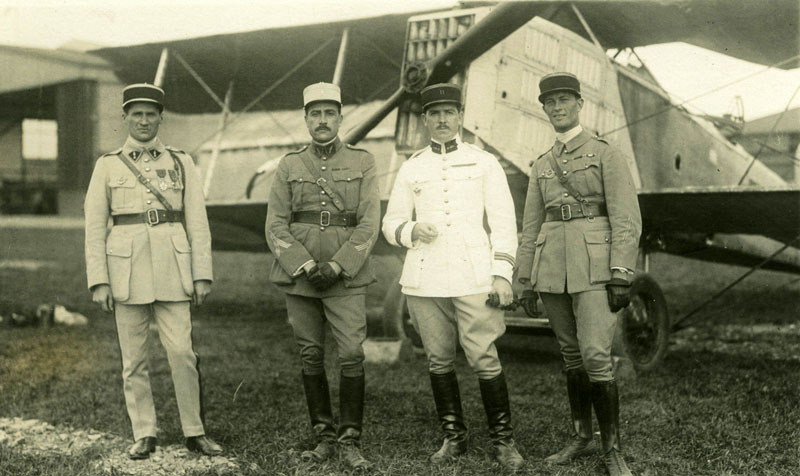 French delegation in front of their Breguet 14 at E.L.T.A. (NIMH)

After the airshow, Anthony Fokker bought the two exhibition halls to set up what was to become the largest aircraft manufacturing plant of the 1920s and early 1930s. By that time it had lost the use of a runway though. The plant sometimes delivered aircraft by road to the nearby Buiksloot airfield, but the more common method was in disassembled state by barge to Schiphol Airport at the other side of Amsterdam. There, Fokker would reassemble the aircraft at Schiphol before delivery to its customers.

The Fokker plant in Amsterdam. 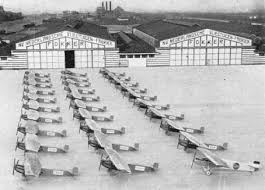 Ca. 1922: one Fokker F-II and 29 F-III's parked in front of the two production halls, remainders of the ELTA exhibition (JanVet.nl).

After a failed design (Fokker stuck to frame and fabric fuselages when most other manufacturers started building all-metal aircraft) Fokker succeeded in winning a contract to assemble, licence-build and develop Douglas' DC-2 and DC-3 aircraft destined for the European market. The company still had multiple Douglas airframes under assembly when the Germans invaded Holland.

Although Allied bombers bombed the plant in July 1943, the Fokker company still managed to use the site to convert C-47 aircraft to airliner configuration in the years immediately after the war.
In addition, it was the site where the prototype of the (failed) F-25 Promotor was designed and built, and where Fokker performed maintenance on several RNLAF aircraft types. 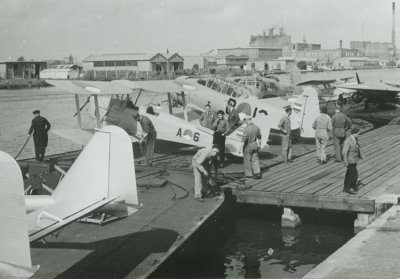 The tail of a Fokker F-25 Promotor (PH-NBZ?), a DeHavilland Tiger Moth (A-6), North American Harvard (B-12?), Avro Anson and an Auster are loaded onto a barge at the Amsterdam-Noord plant of Fokker, in June 1949 (collection Nederlands Instituut voor Militare Historie).

In the 1950s half the site became part of the industrial area surrounding the enormous NDSM shipyard, the other half became part of the Buiksloot suburb.
By the end of the 20th century there was nothing to remind us of either the ELTA airfield or the Fokker aircraft plant.