Feucht airfield (German: Flugplatz Feucht, ICAO: EDIG) was an airfield to the northwest of Nuremberg, Germany.
It was located on the site of a former Reichswehr "Munitions-Anstalt" or Muna (=ammunition facility). At the end of World War II the US Army occupied the Muna. In May 1946 a controlled explosives disposal fire went out of control and caused a heavy explosion. In the sixties, the US Army established an ammunition depot, a fuel depot and an airfield at the site. The airfield was suitable for helicopters and fixed wing aircraft.
In 1992, after the fall of the Iron Curtain, the US Army withdrew, cleared the area and handed it back to German authorities.

In October 1996 the "Zweckverband Gewerbepark Nürnberg-Feucht-Wendelstein" was established and an industrial park was built on the former airfield. The former production and storage sites of the Muna to the south of the industrial park are still a restricted area. The first property was sold on 10 February 1998 to Reifen Räbel (today Vergölst GmbH, tire and car service). Today most of the properties are sold and under roof. More than 50 firms have settled. Parts of the airfield still remain though. One hangar and the airfields control tower still exist. Somewhat more subdued is a former barracks building right behind them. Parts of the taxitracks and runway remained visible until at least 2006. 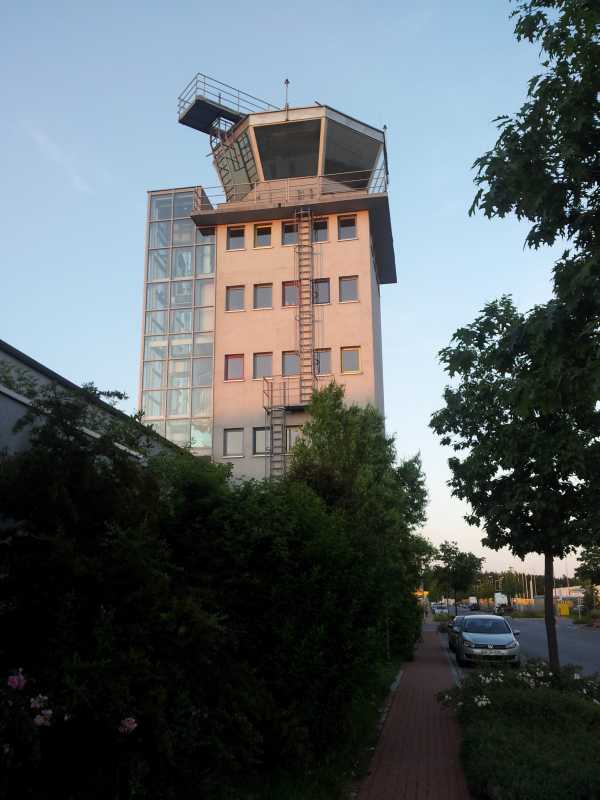 The former control tower at Feucht, photographed by Kamil Mirynowski in 2013