Runway: 15/33 - 500x20 - grass
Fischamend airfield (german: Flugplatz Fischamend, ICAO: LOWF) was an airfield 23 kilometers southeast of Vienna.
It opened as an airship airfield on 9 June 1909, when Oberleutnant Hans Neuwirth took off in a balloon from Austrias first "Miliary Aeronautical Station". Its flying field was used by aircraft of the Kaiserliche und Königliche Fliegertruppen (Imperial and Royal Flying Corps) from 1911.
Fischamend was not an average airfield. The first radio contact with a flying machine was realised at this airfield in 1914. It was also the location where 3 (Austro-)Hungarian engineers experimented with helicopters, intended to replace the dangerous hydrogen filled observation balloons. Between them, aviator Stephan von Petróczy, Dr. Theodore von Kármán and engineer Wilhelm Žurovec produced two experimental prototypes, the PKZ-1 and PKZ-2, which were intended as tethered devices, not meant to fly freely. At the time these were referred to as schraubenfesselflieger or SFF (propeller-driven captive aircraft). The PKZ designations were applied later in a postwar article by von Kármán. Their research contributed to the eventually succesful development of the coaxial helicopter (wikipedia).
1917 saw the joint development of a windtunnel with the Technical College. 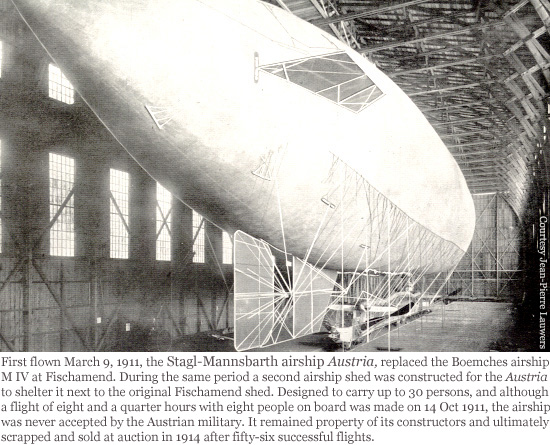 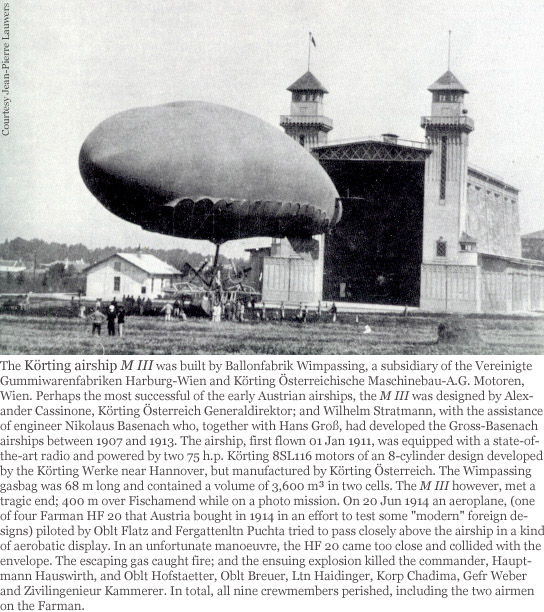 The first major aircraft incident also occurred at the airfield, only one month before World War I broke out. With 9 deaths, the incident led to the almost immediate end of airships in Austria-Hungary, which were withdrawn from use after the Great War broke out (earlyaeroplanes.com)

The PKZ-2 had three radiating arms, each housing a rotary piston engine. These engines were coupled together to drive a central pair of co-axial, contra-rotating two-bladed wooden propellers or rotors, of 6 m diameter, mounted above the airframe. A round cockpit for the aircrew was fixed centrally, on top of the rotor mast. Landing gear again comprised rubber-fabric cushions, one large central one and three smaller ones at the end of each arm (Wikimedia) 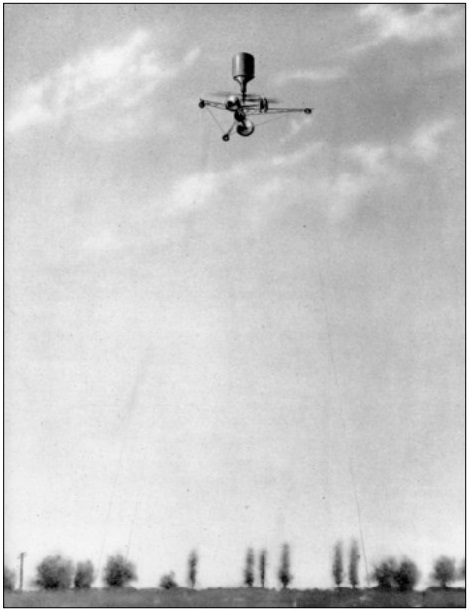 The PKZ-2 hovering at a height of 50 m in 1918 (wikipedia)
All installations were demolished or taken down by order of the St. Germain Treaty (about the repair payments by Austria and Germany for the damages of World War I)
During World War Two, the former airfield served the Luftwaffe as an emergency reserve field and as an auxiliary location to the Wiener Neustadt aircraft factory. The factory complex was completely destroyed by Allied bombings in 1944. When the war ended, the remains of the airfield were plundered by the Red Army.
Since then, it was partially built over by homes. Only a few buildings, such as the water tower, the officers mess and some street names (Flugfeldstraße, am Flugfeld)  remind of the former glorious airfield.
The airfield was reactivated one last time in 2009. For a two day aeronautical event to comemmorate the official takeoff in 1909, the airfield, by this time located well within the CTR of Vienna's international airport,
received a 500m grass runway and even the (temporary, but official) ICAO code LOWF, callsign 'Fishamend Tower'. On 6 June 2009, 10:13 the first aircraft in over 60 years landed at the airfield: Antonov An-2, HA-MKI coming from Wiener Neustadt-Ost. 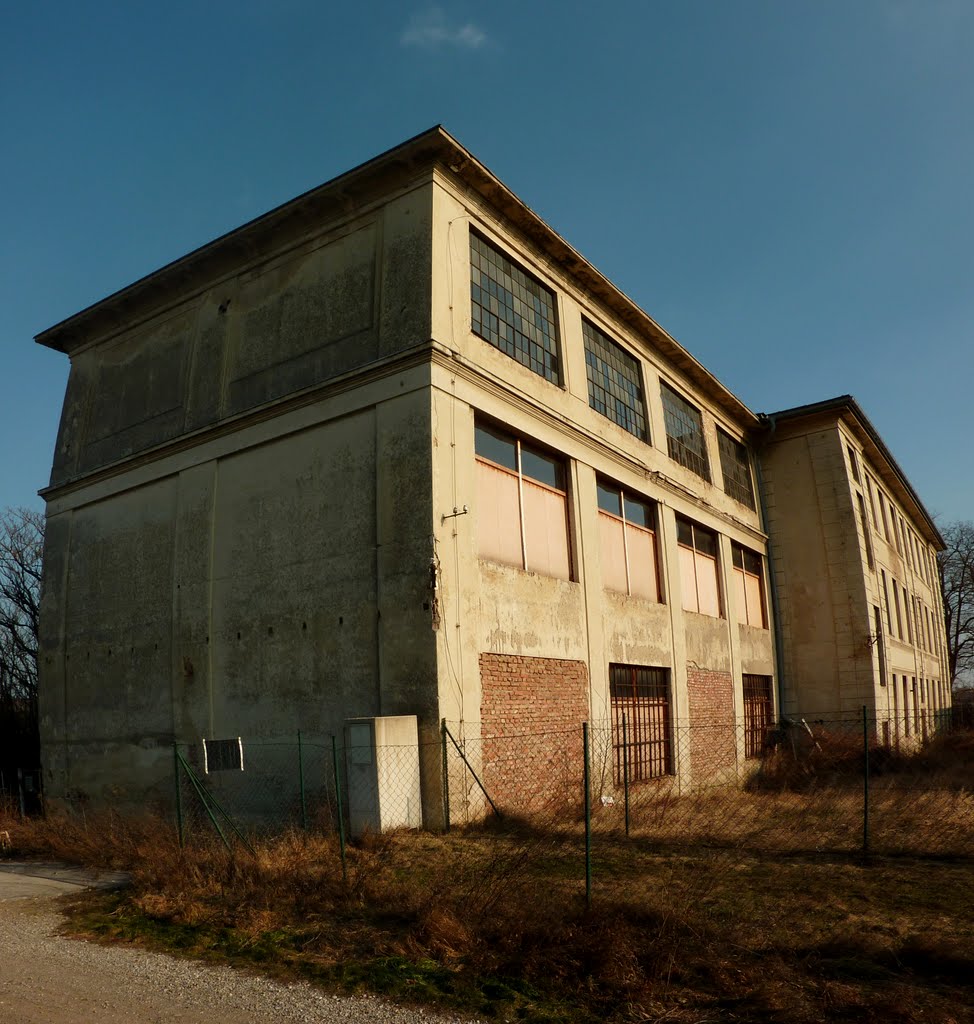 The old airfield building (lorenzlubos)
contact us about this airfield