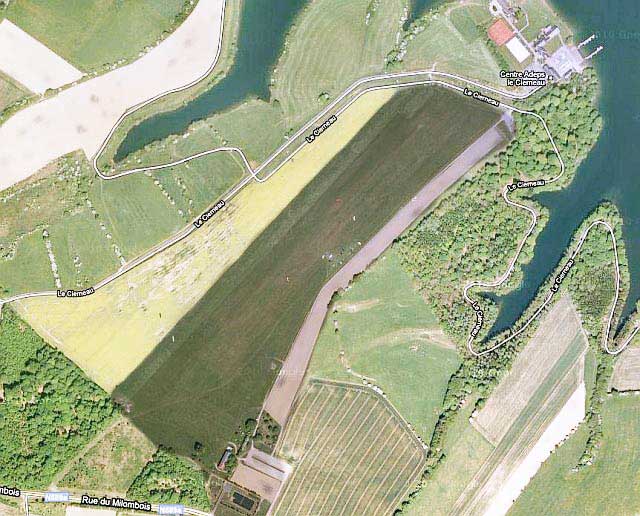 On 28 July 2017, the airfield reopened as a seaplane/floatplane base. Several months earlier, on 17 March 2017, the first aircraft (G-VWET) had already been ferried to its new home from Cannes. The first official water landing took place on 23 April. The seaplane base is run by the Belgian Seaplane Aeroclub.
The airfield opened by NOTAM:
NOTAM, Ref: B3451/17, From: 28 JUL 17 12:48 Till: PERM Text: EBEH, NEW WATER AIRPORT ESTABLISHED. FREQUENCY ‘PLATE TAILLE RADIO’ 130.125 MHZ. PPR, CONTACT BELGIAN SEAPLANE ASSOCIATION BY PHONE ON 003226699321 FOR DETAILS. WILL BE AMENDED IN AIP ACCORDINGLY