Gjilan airfield was an airfield located 32km south of Pristina.
The airfield was constructed primarily for the former socialist state-owned agricultural company Agro-Kosova in the late 70s and early 80s. It was one of 18 such airfields, all sharing common features like their runway dimensions, which in most cases have a length of approximately 450m and width of 18m.
In 1987, the Yugoslav authorities at the time approved the plan to extend and expand all these airfields, resizing them to 600 meters in length and 21 meters width. This plan also provided  for infrastructural improvements, it was not implemented however.
The airfields were mainly used by Agro-Kosova for aerial agricultural application. These airfields were built in such a way they met the needs of all regions in Kosovo.

During the breakup of Yugoslavia in the 1990s, the aeronautical sector, especially general aviation, did not develop at all. All existing airfields in Kosovo degraded from the beginning of the 1990s. Even the agricultural planes that were owned by the socialist-owned enterprise Agro-Kosova were taken to Serbia during the withdrawal of Serbian regime from Kosovo in 1999.
After the war, the main priority of the international presence in Kosovo, which was responsible for the Kosovo airspace, was the functioning of commercial aviation and operation of Pristina International Airport, leaving next to no effort on other airfields. 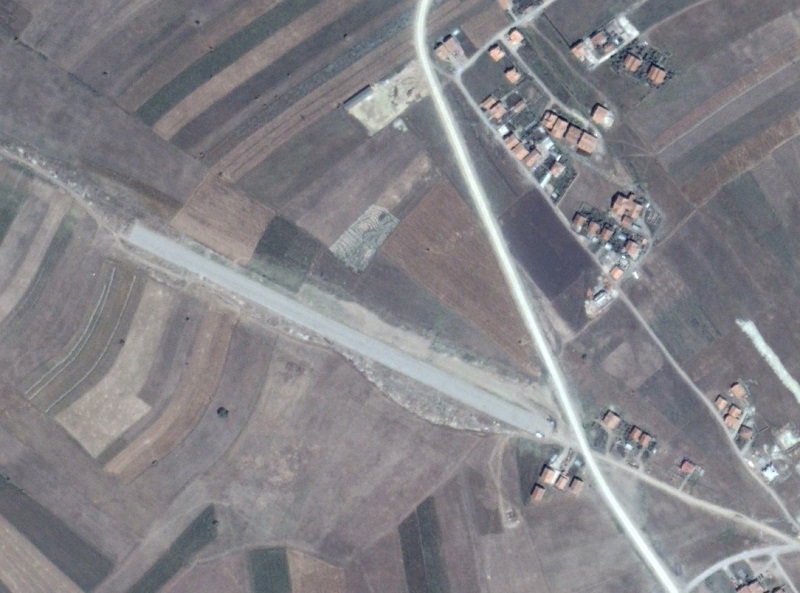 The runway of Gjilan airfield is of solid material. Before entrance into the runway there is a gate and the security guard managing the entry/exit in the runway. Alongside the runway there are several constructed houses.
According to the information gathered at the site, this runway is used by residential unit owners to access their homes, as well as by some driving schools for training future drivers. The runway is used by the tenant as vehicle market.
Also, near the runway are placed several electrical poles. Access to the runway is very easy since it is located next to the transit road. 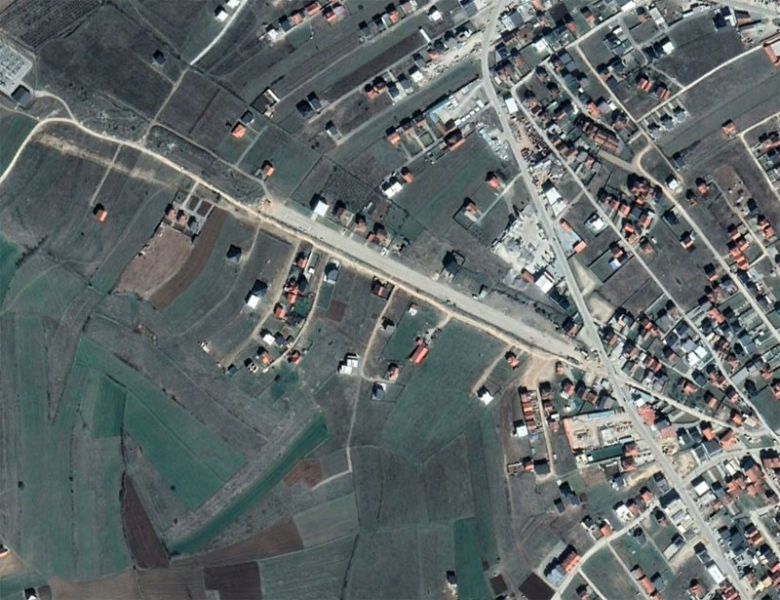 2021 - Aerial view (Goggle Earth)
The photo show the current situation of this field, which cannot be used for aeronautical activity without serious investments.

Although the runway is still seemingly intact, this airfield, in the current situation, cannot be used for aeronautical activities. The area in which the field is located has many obstacles, such as houses built near the runway, electric poles, etc.