Gorges airfield (Advanced Landing Ground A-26 'Gorges') was an airfield south of the community of Gorges on the Cotentin peninsula in Normandy, France.
The airfield was built between 2 and 19 August 1944 by the 826 Engineer Aviation Battalion. The airfield was declared limited operational on 16 August and by the 19th, the B-26 Marauders of the 397th Bombardment Group began arriving. Their last aircraft arrived on 31 August.
The unit left for A-41 Dreux airfield on 11 Sep 1944. Gorges airfield closed on 28 September 1944. 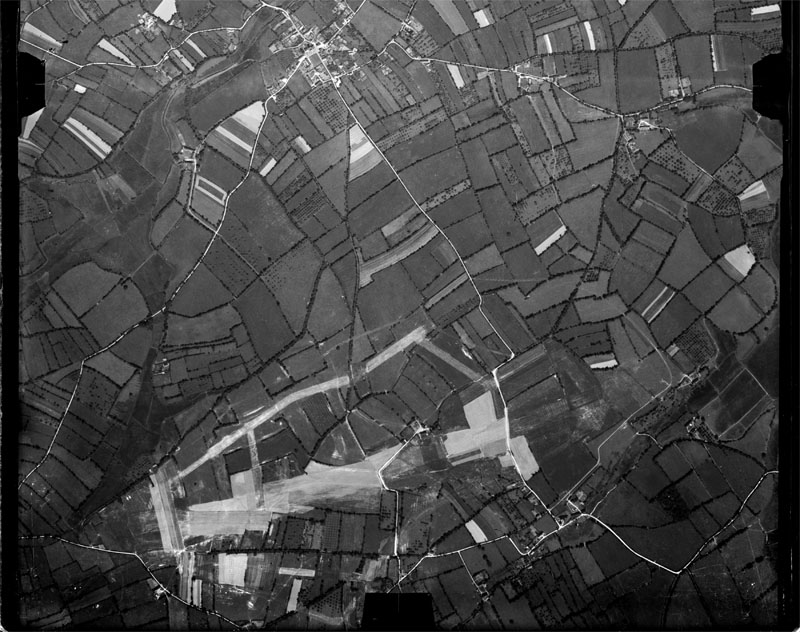 The former airfield was still clearly recognisable in 1947 (IGN). 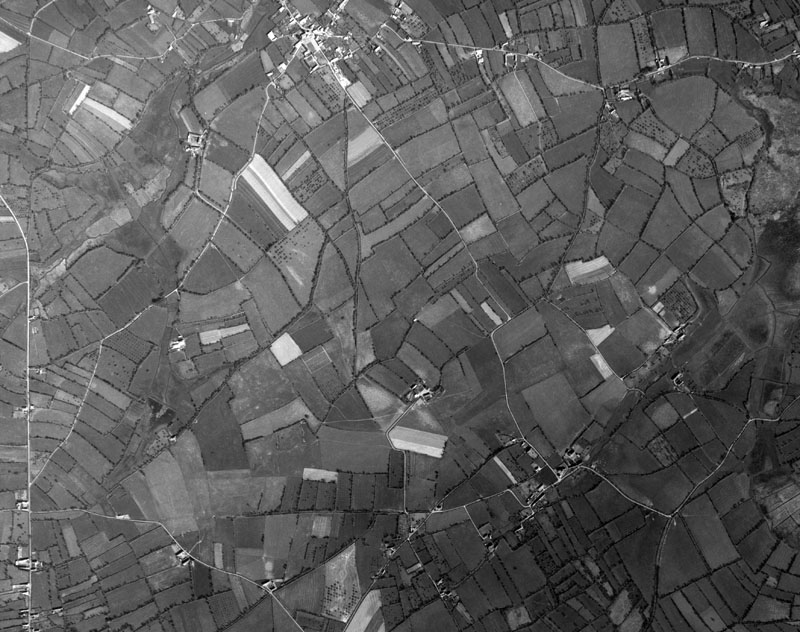 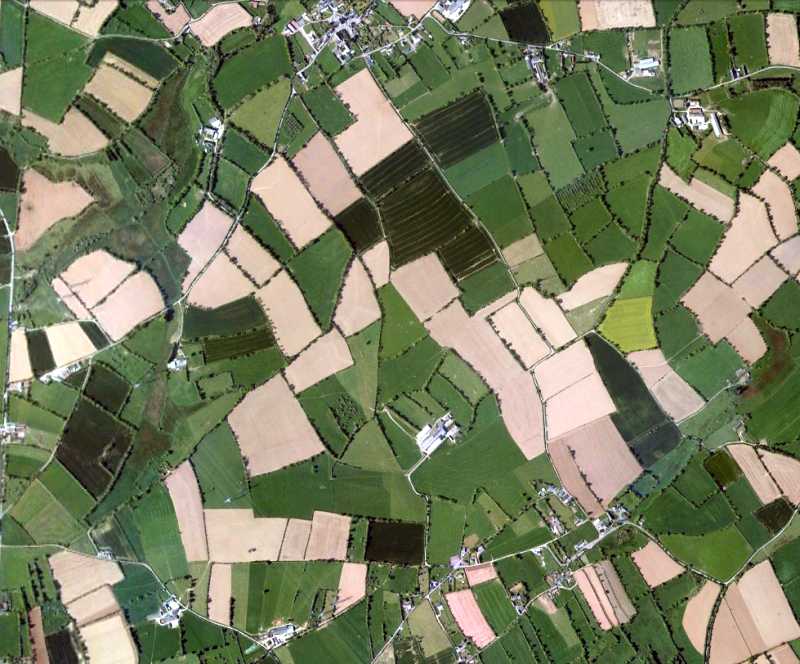 Even in 2006, more than 60 years after the airfield closed, the hedges were still missing from the former airfield (Google Earth).