Air field Hallviken (Swedish: Flygfällt Hallviken, ICAO: ESNA) is an airfield 510 kilometers north-northwest of Stockholm, Sweden
The airfield was built in the early 1940s by the Swedish armed forces as a contingency airfield, Fält 26 Hallviken.
Reason was that when World War II broke out there were only 10 military airfields in Sweden.
To avoid the risk of being wiped out in a surprise attack due to the air forces lack of basing options, it was decided to lay out a large number of airfields all over Sweden.
The airfields were to be dispersed, near a major (flotilla) air base and have good rail and communications connections.
Hallviken met all those criteria.
For its time the construction of the secret new base was a huge enterprise.
850 workmen and 100trucks worked around the clock to finish the airfield in 1943.


These contingency airfields (Swedish: krigsflygfälten) gradually were upgraded with barracks, fuel and ammunition storage, taxitracks and aircraft dispersals in the form of open or covered shelters (Ladvärn).
The Swedish went at length to mask the airfields.
Different crops were sown around the airfields to give the landscape a patched camouflage and buildings were given a box-like appearance.
The aicraft operated from Hallfiken at this time was mostly the SAAB B17, a light single engine bomber, with provisions for a ski-landing gear.


After the war defense activities slowly deminished to such an extent that civilian operations became a possibility.
The base was considered to be a suitable location for the construction of an airport for regional air traffic in the Strömsund region.
Reasoning at the time was to have fast communications with the rest of Sweden to entice industry to invest in tourism and leisure activities in the region.
The airport management began a collaboration with the the municipality of Lycksele and airline Lapplandsflyg to establish a route Umeå-Lycksele-Stromsund-Stockholm.
A 6 month trial period was agreed to determine the interest for scheduled flights to Stockholm.
Strömsund and Hammerdal made a decision to upgrade the airfield at Hallviken and expand it to AFIS airport with IFR capability at a cost of 170,000skr.
The operating costs were to be spilt between the seven communities that benefitted from the project, which covered 150square miles and 28.000 people.
The inaugural flight of what was then Swedens longest domestic service (850 kilometers) took place on 3 Feb 1969.
The trial service, initially flown by a Lapplandsflyg Beechcraft Queen Air seating 10, lasted 96 flights in each direction, serving 800 passengers for 40-60% of the distance.
Unfortunately the ticket sales amounted to a 40% loss from the cost, which had to be covered by guarantees from municipalities.
After the trial it was decided that the municipalities would cover the cost of maintaining the airfield, but not the cost of the operator.
This meant that a cheaper option was selected: traffic would go through Sundsvall and from there by Linjeflyg to Stockholm.
Flight operator for these feeder flights to and from Sundsvall was AB Majflyg, which carried them out with a Britten-Norman Islander with room for five passengers.
Over time these flights also proved to be economically ineffective and the projected economic growth for the region never materialised.
Therefore the responsibilities for the airfield were eventually transferred to the Strömsunds Flying Club on 21 Dec 1974.


Until 1999 Hallviken was still open.
The complete airfield was rented out and run by the Strömsunds-Flyggklubb.
It did not require PPR, but it was advised to check snow conditions in winter.
The flying clubs website has not been updated since however and the flying club is no longer listed as a member of the Swedish Royal Areoclub KSAK.
Additionally there did not appear to be any aircraft visible on an aerial photo of the airfield in Google Earth taken in 2007.
A Swedish article from 18 April 2011 suggests however that the airfield is unmanned, but still open. 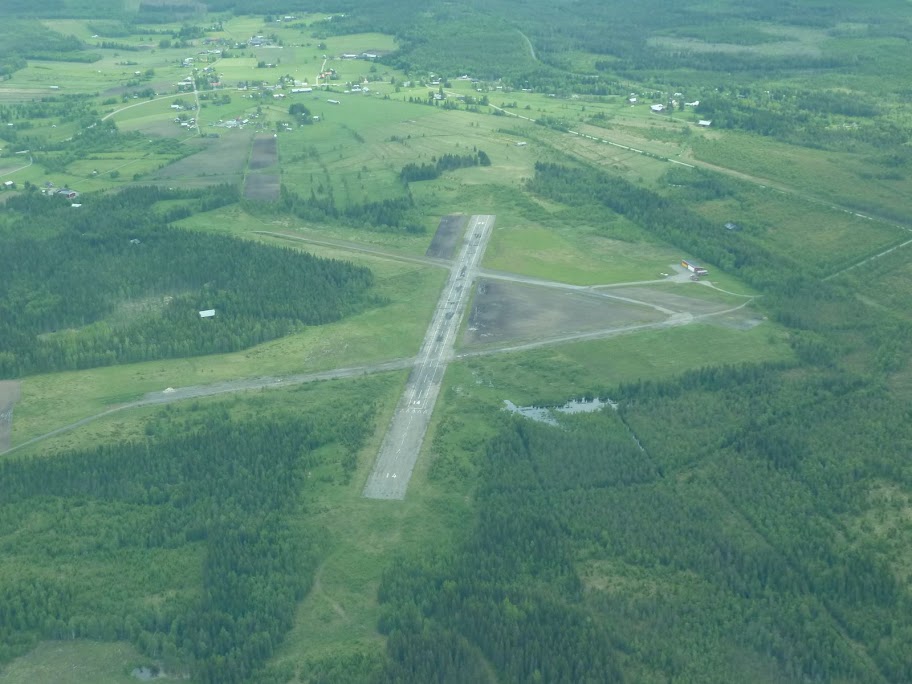