Hatston air field (also known as RNAS Hatston, or HMS Sparrowhawk) was an airfield in the Orkneys in Scotland.
The airfield was built in 1939 as a Royal Navy Air Station. During World War II it served as one of the most important airstation, in defense of the Home Fleet at Scapa Flow, located a few miles to the south. It was built with four hardened runways, a novelty at the time. For a brief period (April-May 1940) the airfield was used by the RAF with Bristol Blenheims of 254 Sqn.
The airfield saw a number of different types of aircraft of the Fleet Air Arm, including Fairey Swordfish, Blackburn Rocs and Avengers. Two squadrons of Blackburn Skuas flew from Hatston on 10 April 1940, on a succesful mission to sink the German cruiser Königsberg. Possibly the US Navy also joined the field from April 1942. 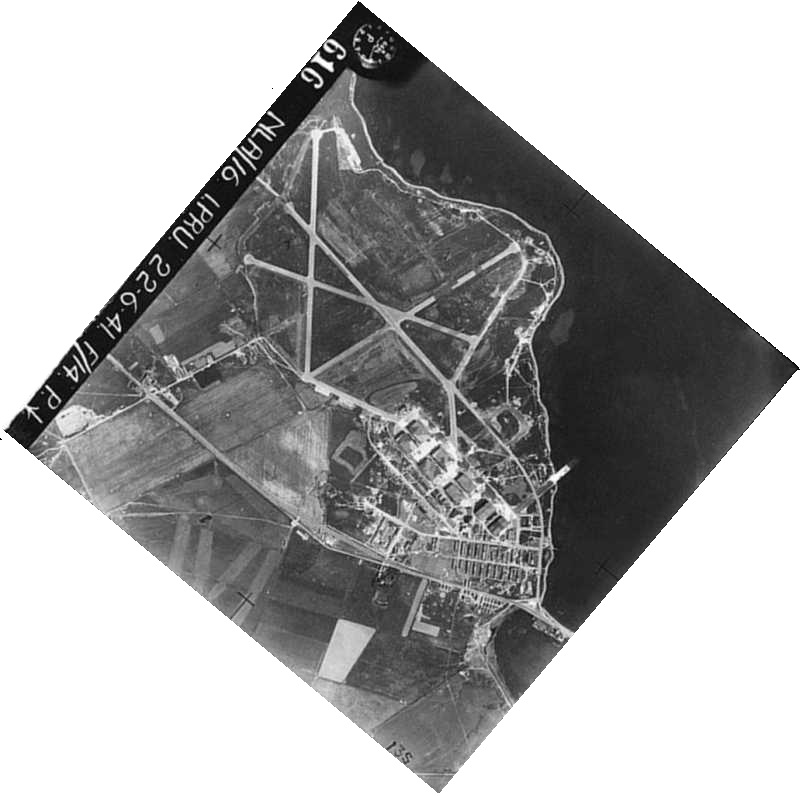 Aerial photo of Hatston, rotated to show the true North, shot in 1941 (fleetairarmarchive.net). 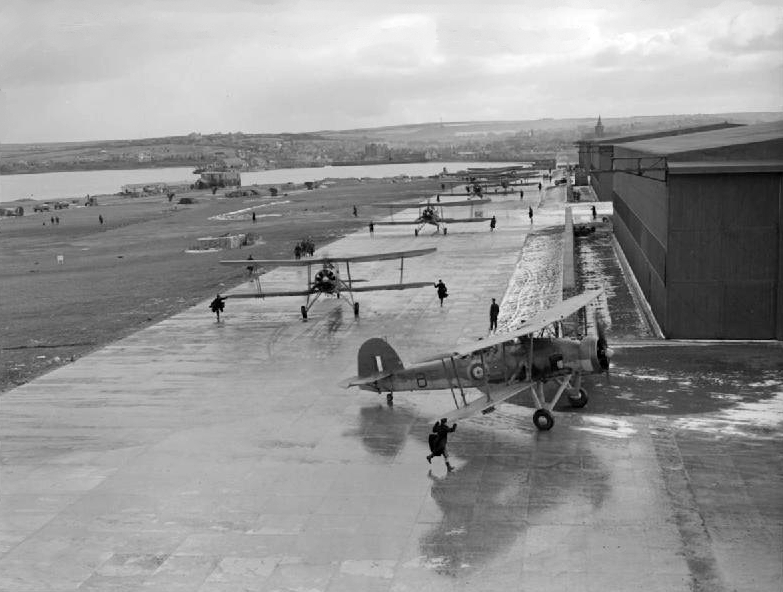 Fairey Swordfish aircraft taxi along the tarmac to take off for an exercise with dummy torpedoes from RNAS Hatston (Imp War Museum, via Wikipedia).

After the war Hatston served as Kirkwalls main airport until 1948. It was then found to be too small for the aircraft BEA was introducing (they were reportedly already too small for the Dakota). Civilian operations then moved to RAF Kirkwall (also known as RAF Grimsetter or HMS Robin), which had longer runways. The Orkney Flying Club began using the airfield, and remained there until 1957 after which the airfield closed.
Local businesses set up on the site, some using the World War II hangars, and renamed it Hatston Industrial Estate. In 1995/1996 a new road through the industrial site was created by converting a runway. Since the estate has seen new development and new buildings replacing the old hangars.
What remains of the airfield consists largely of some parts of the runways, concrete bases of old Wartime buildings, blast walls and an occasional air raid shelter. Also the airbases slipway into the Bay of Krikwall still exists. 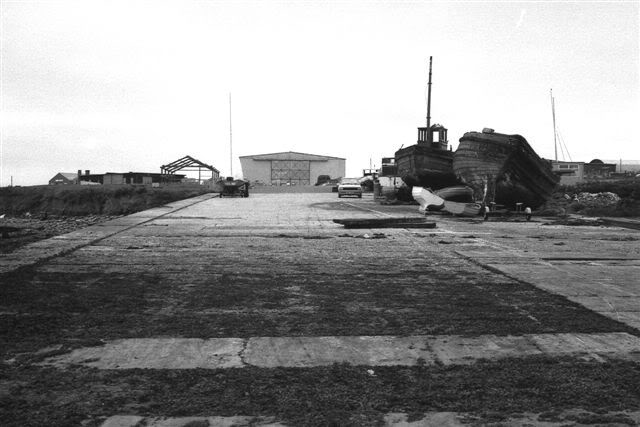 Hatston Slipway and Bellman shed in June 1982 (NorwichPaul, via Photobucket). 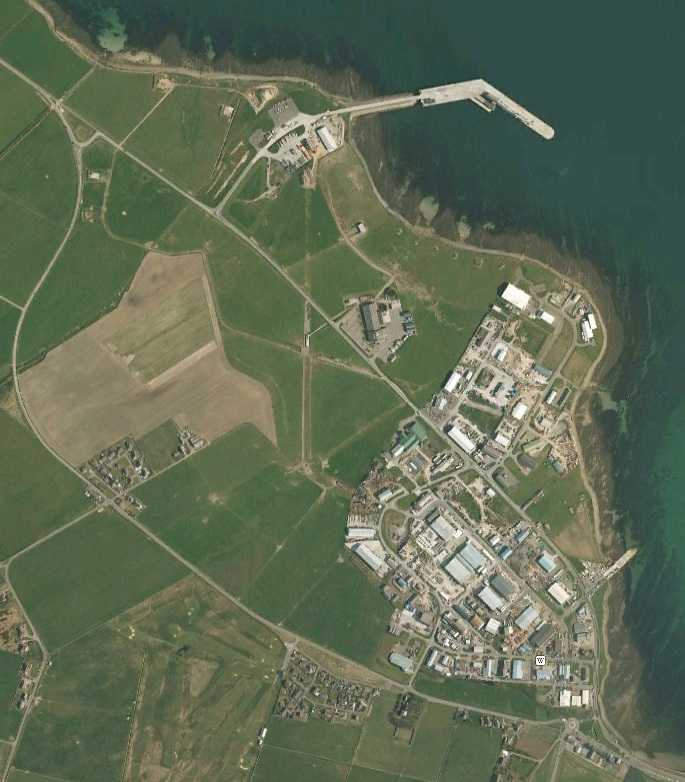 The location of Hatston airfield in 2008 (Google Earth).