Airfield Heesch (Dutch: vliegveld Heesch) was an advanced landing field situated near the town of Heesch in Noord-Brabant, the Netherlands.
Heesch was operational from 6 December 1944 until mid April 1945. During this period, it's resident units took place in air operations to counter Operation Bodenplatte. The airfield was home to 126Wing RCAF with 5 Spitfire Mk.IX squadrons, one of them being 412Sqn (coded VZ). Because of a severe drainage and mud problem that winter the airfield saw abundant use of PSP planking. 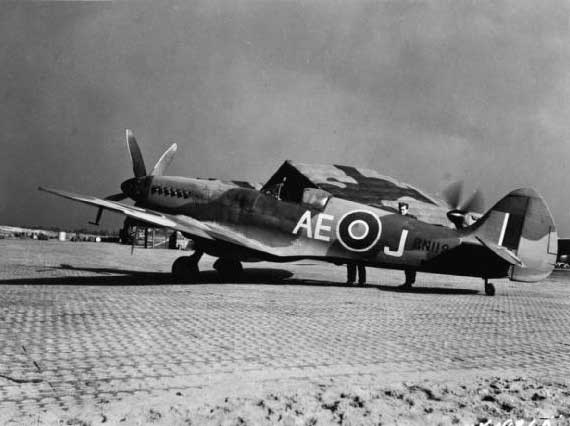 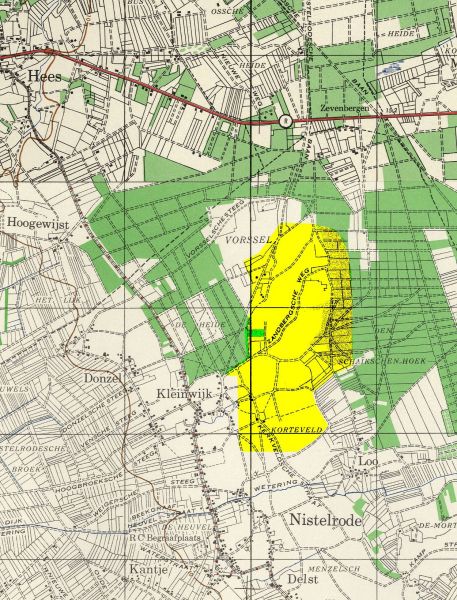 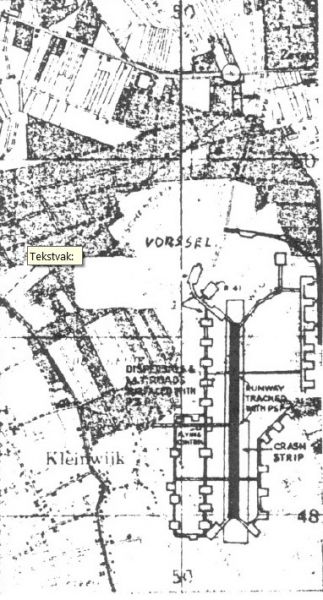 The actual layout of the airfield (unknown source)

After the turn of the century, the fields in which this airfield was laid out were dug up to make room for the A-50 highway between Nijmegen/Arnhem and Eindhoven. The airfield was centered about where today we find the Nistelrode exit of the A-50. It is here that we also find the Vliegveldweg (Airfield Road) and the 126e Wingstraat (126 Wing Street). Nothing of the Landing Ground remains visible.

Many thanks to spitfiresite.com for providing me with additional information on this airfield!