Airfield Helmond (Dutch: vliegveld Helmond also known as Advanced LAnding Ground B86 Helmond) was an advanced landing field situated near the town of Helmond in Noord-Brabant, the Netherlands.
The airfield was built around October 1944. It had the unique distiction of being the location of the world's first downing of a jet fighter (a Luftwaffe Me-262) by a Ground Based Air Defense unit (2875 Squadron of the RAF Regiment). 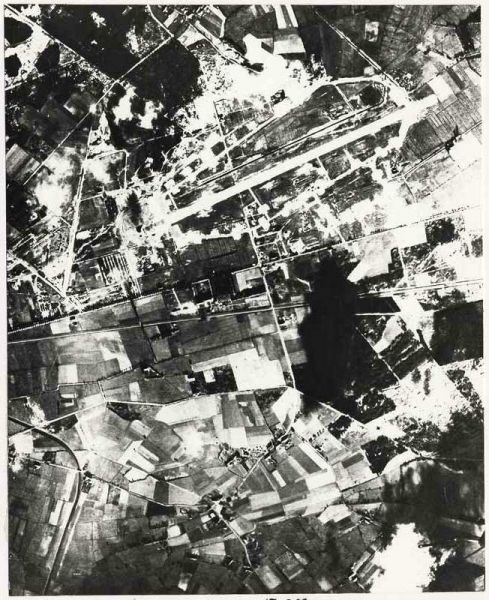 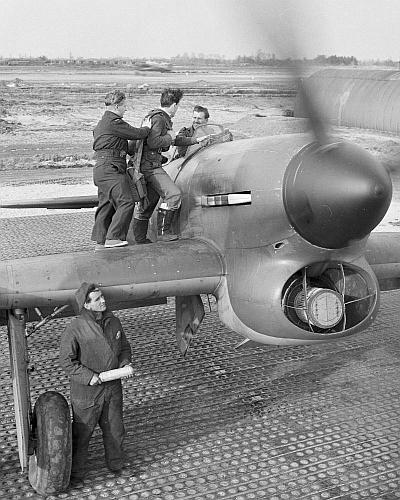 Crew preparing to launch a Typhoon fighter at airfield B-86 (canadianwings.com).

THE ROYAL CANADIAN AIR FORCE IN HOLLAND, 1944. © IWM (CL 1598).
Two armourers of No 440 Squadron, Royal Canadian Air Force, trudge through the mud of an airfield near Eindhoven to re-arm a Hawker Typhoon fighter-bomber (Helmond is 'near Eindhoven' and also the base where No.143 Wing RCAF and 440Sqn were stationed). 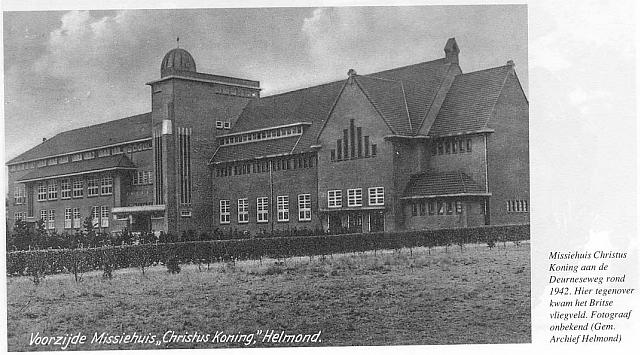 The 'Christus Koning' mission home provided lodging to the aircrew at airfield B-86, which was located directly opposite the building. 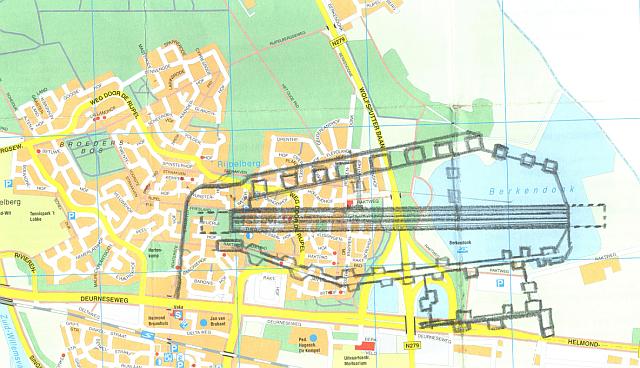 Airfield B-86 projected on a map of Helmond in 2009 (Har Dirkx of Rijpelberg.info).

Today nothing reminds of the former airfield Helmond.