Holme-on-Spalding-Moor airfield (RAF Holme-on-Spalding-Moor, also known simply as RAF Holme) was an airfield 260 kilometers north of London.
The airfield was built as one of the early wartime bomber stations with hard runways in the winter of 1940-1941. Besides three runways it featured taxiways, hangars and 36 parkings by the time it was completed in the summer of 1941. The airfield was first used from August 1941 by 458Sqn RAAF, flying Wellington bombers. They flew their first offensive missions (against Antwerp) in the night of 20/21 October 1941. The squadron was sent to the Mediterranean after their operational career ended in January 1942. During its short time at Holme it flew 65 sorties losing three aircraft.

The runways were lengthened during the winter and early spring of 1942. It was then briefly used by 460Sqn's Halifax conversion Flight in August. September saw the arrival of 101Sqn, a Lancaster unit that went to war on the night of 20/21 November. The squadron remained at the airfield until June 1943, when RAF Holme was transferred from No1 to No4 Group. They were replaced by 76Sqn (Halifaxes), who remained on the airfield until their final mission on 25 April 1945 to Wangerooge. During the raid, two aircraft were lost due to a mid-air collision. Aircraft losses on raids flown from Holme amounted to 151: 6 Wellingtons, 35 Lancasters and 110 Halifaxes.

Following their briefing, Handley Page Halifax crews of No. 76 Squadron RAF board their transports at Holme-on-Spalding-Moor, Yorkshire, to be driven to their dispersals in preparation for a raid on Kassel, Germany. This raid, on 22/23 October 1943, was the most devastating delivered on a German city since the 'firestorm' raid on Hamburg in the previous July. Of the 569 aircraft used in the attack, 43 were lost, of which 25 were Halifaxes (© Imperial War Museum (CH 11401)).

Like many similar units, the squadron began converting to Dakotas (RAF version of the C-47 Skytrain) at the end of the war. The airfield and the squadron were transferred to Transport Command and 76Sqn moved to the Far East in July. They were replaced with 512Sqn (also Dakotas) until they moved overseas in October. The airfield was then put on care and maintenance with a small caretaker unit until its runways were used by a maintenance unit to store redundant bombs between December 1945 and April 1951. 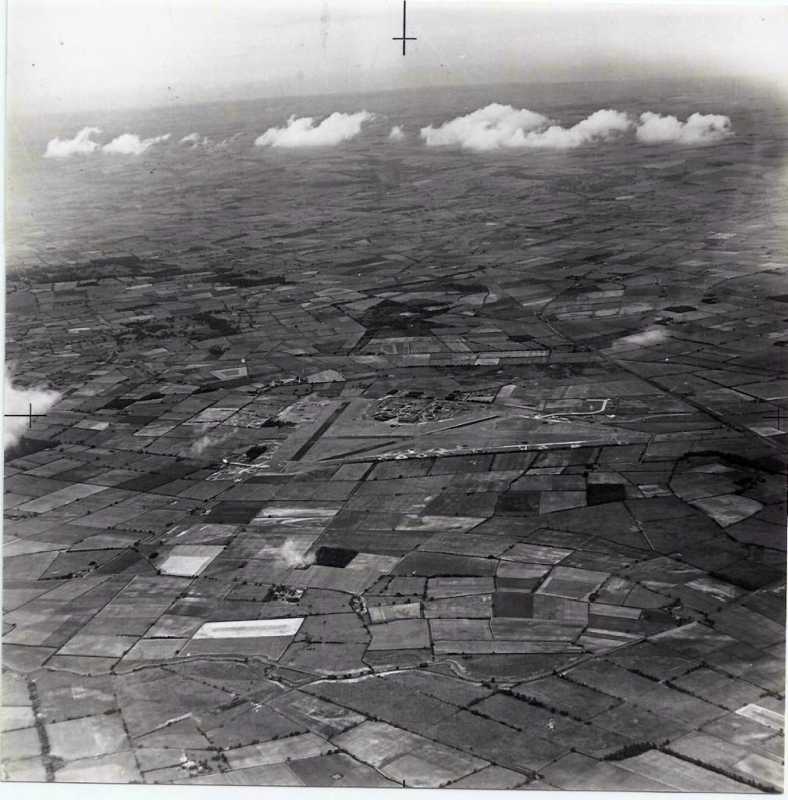 Overview of the airfield in May/June 1945 (AirfieldInformationExchange).

In 1951 the airfield prepared to be reopened the following year as a relief landing ground for an advanced flying school. Early in 1954 it became one of the airfields turned over to the USAF. They upgraded the airfield in preparation of an outbreak of war between the East and the West. American engineers strengthened and lengthened the main runway and refurbished some installations, leaving Holme as a reserve station in 1957. In 1957 the Blackburn aircraft company acquired use of the rejuvenated airfield as a flight test centre and satellite for their main airfield at Brough. Brough had become too small to fly modern Buccaneer jets, which were towed to Holme for their first flight. The arrangement to use RAF Holme was perpetuated by British Aerospace (of which Blackburn became a part) until December 1983. In 1984 the airfield was sold.
Seed and grain merchants Fisher Thompson Group acquired the hangars and Rotherham Stonemasons bought the technical site buildings. Soon, most of the runways and perimeter taxi track were removed for hardcore. The logistical site became a industrial area.

Three hangars and several other buildings still survive at the former airfield.
A small portion of the taxitrack and a single aircraft parking also still exist. 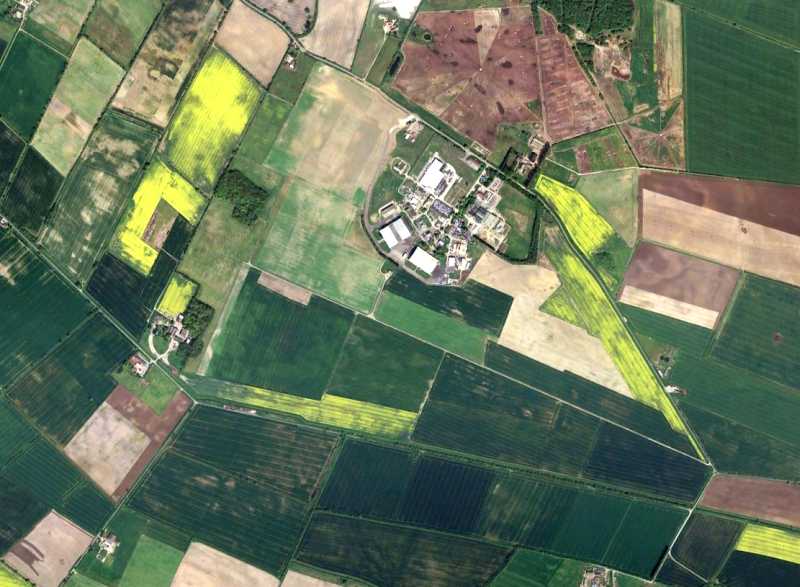