Houton Bay air station was seaplane base in the Orkneys in Scotland
The airfield was built in 1916 as a kite balloon station to block German bomber-airships. In 1917 it was expanded into a 'heavier than air' air station with floatplanes to counter the threat of German submarines. After the armistice of 1918 the base remained open, possibly to guard the interned German Fleet at Scapa Flow. The German crews scuttled their ships days before the Treaty of Versailles was signed however.
The air station was abandoned in 1921. 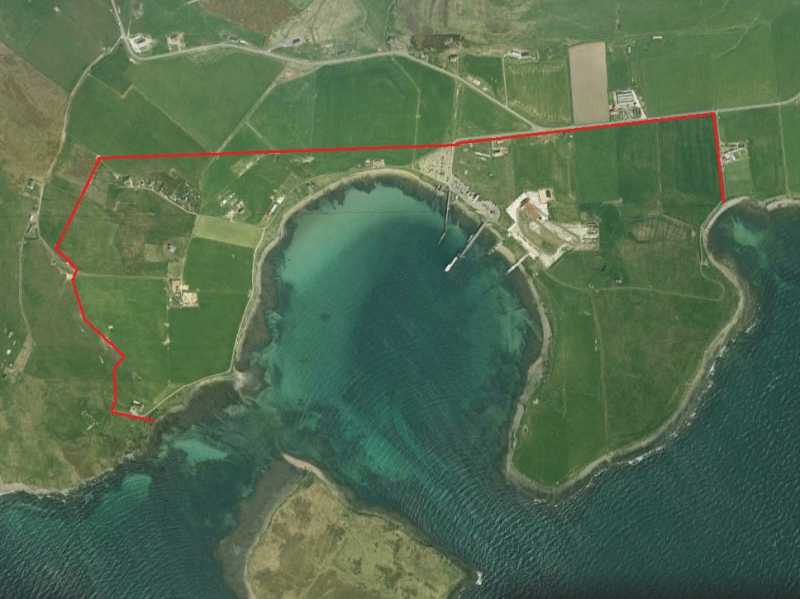 Houton Bay today with the outlines of the former air station drawn in.

90 years later much of the former air station still exists. The piers and the slipway still exist, as does the platform where aircraft were pulled dry. The foundations of some buildings are also still visible.