Seaplane base Pavia (It: Idroscalo Pavia) was an aerodrome in Pavia, 450 kilometers northwest of Rome.
The aerodrome was built by the Società Italiana Servizi Aerei, or Italian Air Services Company, from Trieste, and opened on 1 April 1926.
It served as a fuel stop for SISA's Cant-10 seaplanes on the line Turin - Pavia - Venice - Trieste. The service continued until 1934 when SISA was absorbed by the SAM (Società Aerea Mediterranea). The aerodrome then closed due to lack of traffic, as Milan had opened its own Idroscalo in 1930. 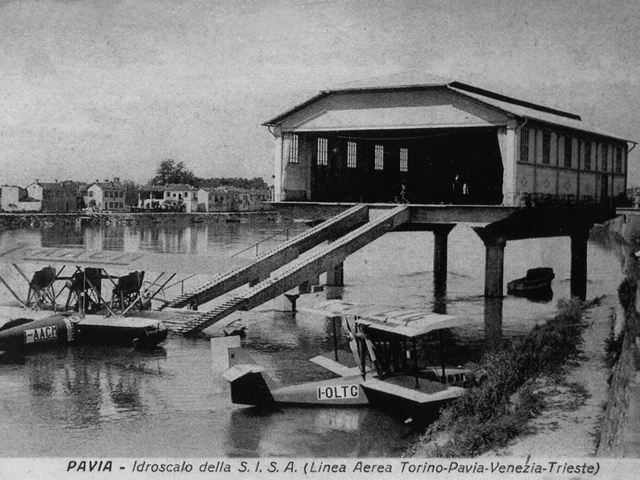 The seaplane base was designed by Giuseppe Pagano Pogatschnig, an early example of rationalist architecture in Pavia. Although empty and left to the elements, the building still exists. Several attempts to convert the building over the past decades, including conversion into a restaurant, have failed. 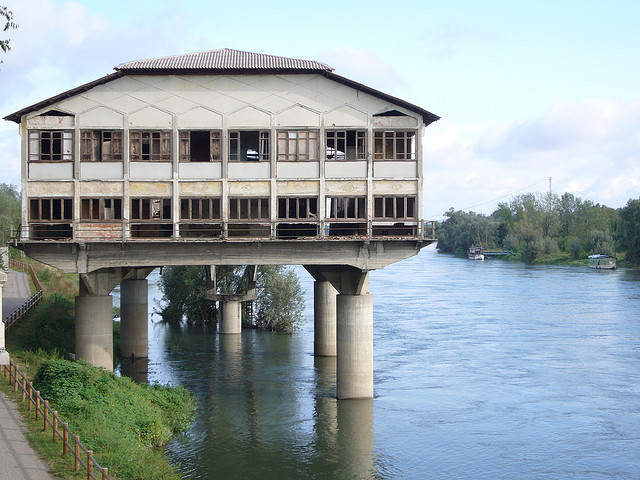