Jekabpils (also known as Krustpils, ICAO: EVKA) is an air field located 3 kilometres (2 mi) northeast of Jekabpils, Latvia.
It is not known when the airfield was built. During the Soviet era it was home to the Soviet Navy with 886 ORAP (886th Independent Reconnaissance Aviation Regiment) flying Su-17 and Su-24MR aircraft. It also had its own railway connection to the national railway grid.

After The Soviet collapse and Latvian independence the airfield was abandoned and it generally was not used for aviation activities for years. All buildings were ravaged by the Soviets before their departure and whatever useful was left was stolen. The original runway was 2500m long, however the last 500m together with some taxiways were dismantled. 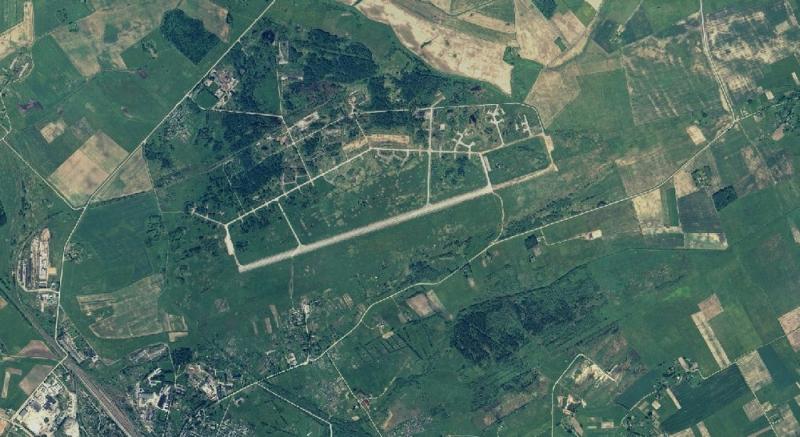 Jekabpils before 2006, the removed runway and taxiway parts are still not overgrown and recognisable (Google Earth).

Around April 2008 an asphalt plant was built on the east side of the airfield. Around the airbase multiple semi-buried HASs can be found.

Jekabpils in 2006, the removed areas have been overgrown, but are still recognisable (Google Earth). 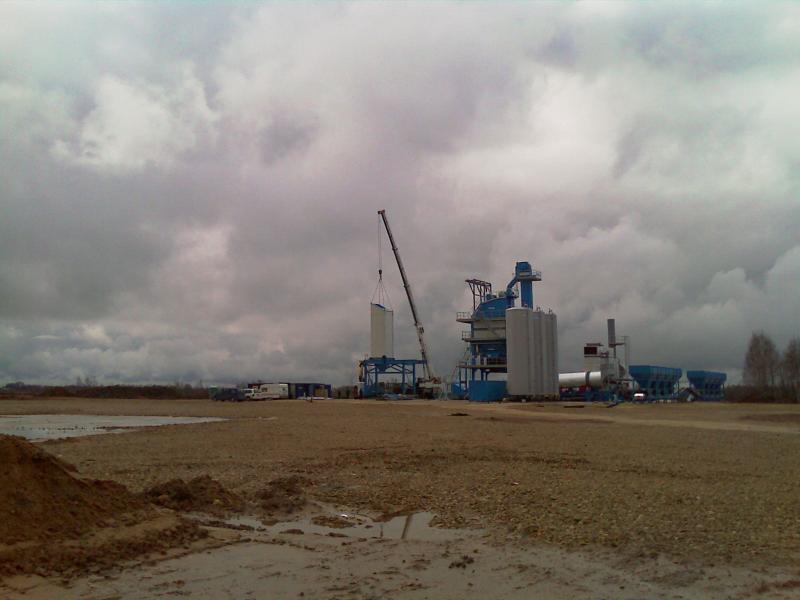 In this photo of April 2008 an asphalt plant was built on the east side of Jekabpils (Panoramio). 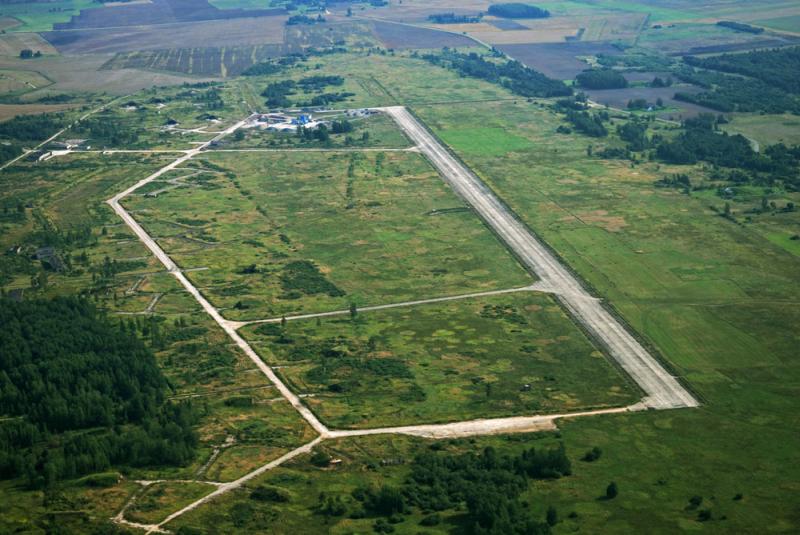 Overview of Jekabpils in 2009, with the asphalt plant on the opposite end of the runway.

According to MyAirfields its condition is average, the runway surface may be uneven. Aviation enthousiasts repaired the western part of the runway, allowing a 718x18m runway, complete with markers to be painted there. With the addition of a windsock, this means about 35% of the former length is usable again.